If you had to find the place for park under a Žebrák, be calm on Točník. What once was built by King Wenceslas IV., Now in one hundred percent are tourists. As a bonus, the spacious parking lot, which is sovereign in the years 1395 - 1400 did not count for obvious reasons.

As with parking, it is with the castle itself. While the Žebrák crowd a bit uncomfortable on the rocks, Tocnik has in its belly but also enough space around them. Hiking it to someone may seem tedious, but the landscape around, enjoy all your fine wrinkles, smells and colours of the coming of spring. In addition, Hill is not nearly as steep as this, and so there is no reason to complain about anything. The Točník claim up also the grandparents, it is without a doubt. 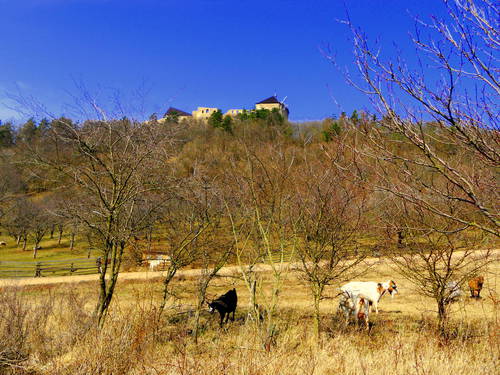 National Heritage Institute and the business

Castle has opened the cash register, even if the start of the season remaining two weeks yet. The thermometer shows that day over twenty degrees and it is surprising that an institution that is government, responded to flexibly. National Heritage Institute has apparently deeper into the pocket. For 70 CZK ticket you get a map and a little labels. The rest you have to take care of yourself.

Discovering space, passages, exploring historical replicas crane or interlacing between the walls and strange, which in its best defensive suppress elements that have characterized most of the castles can be real fun. Točník remains one of the examples where both - a defensive purpose and aesthetics, perfectly blended into a whole. 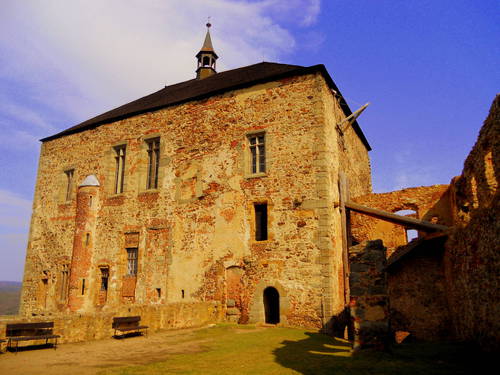 Changing of the guards and bust

Like all other castles on the Točník has changed many masters. Its destruction would then give attributed to President Jan Kolenc of Kolno. He underestimated the attack in 1620 from the imperial army, which at Točník destroyed what they could. Two decades later there took refuge local population. That took care of the rest, and the castle dismantled, rather steal away. However livable Točník was apparently still in 1681, later he managed by Jan Vilém Nikodým Presl, the castle was used as collateral. Another forty years had the roof yet, then Točník definitely came into the ruin downhill. The last owner was an aristocratic monogram Josef Colloredo-Mansfeld, who perhaps had to go crazy, when in 1923 he sold Točník two thousand and Žebrák for eight thousand for Czechoslovak crowns. 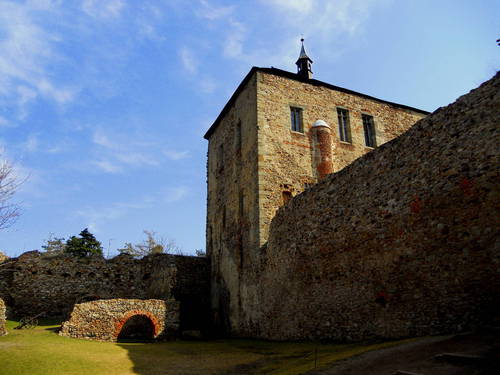 Well, and today? No matter what it was because the past will never change. Točník and Žebrák live, even though the two remaining castles in ruins, which, if Točník still holds more together.