Parking and a small kiosk that employ a pair of older people, even during the working day is unusually busy. For coffee or ice cream places where bikers, bikers, families with children or loners, for which this is the northwest corner of the Bohemian Paradise for its endless places to hide almost perfect. Want for parking twenty crowns, and apologize, asking that the money at all. Should not have said, would not collect anything. For his Felicia to a wooden booth where Turkish coffee smells, built up a tent and so it seems that the car park has 24 hour service. That´s ok for 20 Crowns. 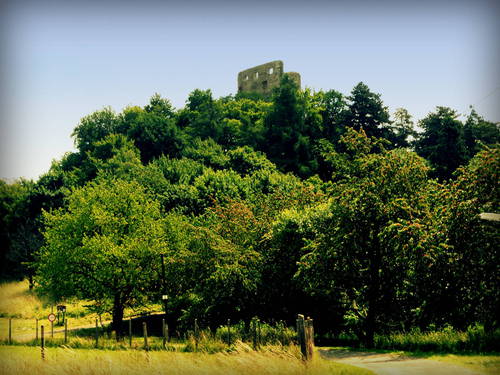 It is the end of June, so cherry, which is under Valečov whole orchard, their mature color and a sweet taste to stop forcing almost everyone who went to the ruins. Other months it takes up to the castle a few minutes. In June and July due to cherries but can also stretch a few times. But it is comfortable in every season, no long or steep climb - ideal for all generations. 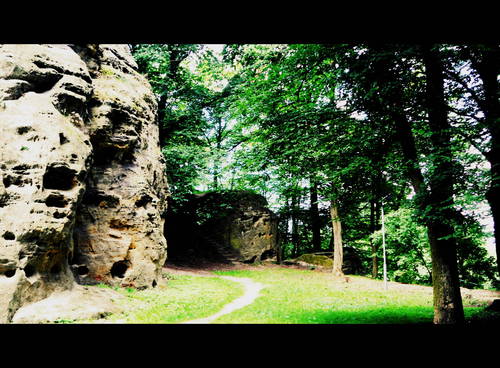 You pass the outdoor theater, the venue of various events, and then you ruin from itself, which is part of the Bohemian Paradise Gold Trail, are just some wooden stairs. The wind plays with pines grown through native of sandstone bedrock. The wooden house, which serves as a treasury and a small snack and a place where you can buy a wooden tourist mark, sit two locals. Depending on how talks are proud of that comes from Mladá Boleslav. Peeks up at the prospect and smile at the sight of tourists from the limited space at the top of the sandstone rocks looking around the countryside, even though a moment before exploring very narrow rock spaces or listening to interpretation. 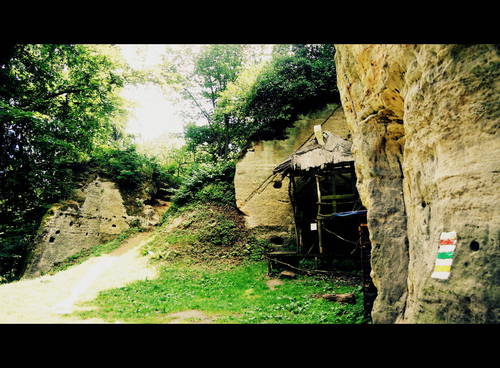 Originally a wooden castle was founded in 1300 from the genus Valečov of Valečov. Supporters of Jan Žižka, soon reached the conviction and lost his castle. During the Hussite wars it was burned down their headquarters, and later got a stone castle appearance. Rocks but still did not offer much comfort. During the reign of Jiří of Poděbrady, apparently stayed there Vaněk of Valečov, chamberlain of the royal cities. Castle then went from hand to hand, that ended up in the hands of the most powerful - in the 17th century it acquired the whole manor Wallenstein. No one from the nobility but the "field office" no one lived there. Gradually became ruined and rock hiding liked mostly poor people. 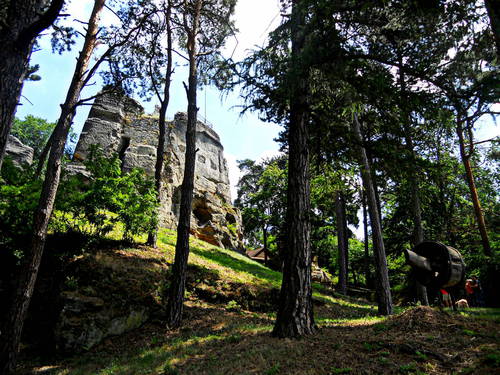 Not very wealthy people settled in the rocks and stayed there until 1892. Then the police came there to forced them to move into the municipal workhouse. In addition to the castle used to be Valečov several other wooden buildings, which should serve as a dormitory for women or dining room.