en.infoglobe.cz » Places of interest » CZ: Vlašim - Life At The Chateau And Under - VIDEO

In this Central Bohemian town, which lies about 40 kilometres from Tábor and Humpolec, and where the wind blows from Prague, the Highlands and Southern Bohemia, live about 12 thousand people. Vlašim before Christmas a little chilly and for moment also sunny day lives a quiet pace. No frantic shopping, even the tradition of Advent, when the shops are open on weekends, local entrepreneurs don´t excite. Even decorating on the Christmas tree standing in the square, nobody works hard to do it beautiful. In broad daylight, when the coloured lights off, it looks just like a tree that once grew there. Despite that this place is more than magical.

All at an angle - even today

The Great Market Square, or Žižka Square it is impossible to park car otherwise than at an angle. The driver will then perform the hills and passenger downhill, or vice versa, depending on how one parked. That's an angle in Vlašim lives since time immemorial. The Great Market Square took place all the important events. Very significant was the eight-day market, where it apparently smelled all sorts of goodies, especially the meat and bread. The Market Square used to be a spa. 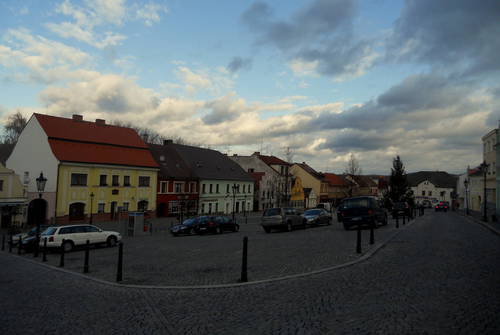 When the man stands there and stares at the fountain, which is adorned with someone with a helmet on his head, says that the time had to be a great. All life has led to a single market where goods are turned into money, and where people receive information from one another. No phones, no cars, just honest craftsmanship, hard work, the clatter of horse hooves and clatter of carts that went. Today there is as a memory of the eventful life is a fountain on which pillar is actually someone whose origin is still speculation, and lots of beautiful houses, which together surround the area, once full of life. Even though today is all wrong, it's nice that history alive at least through the work of our ancestors and we can go back to it when we please, even if only in our imagination.

A mysterious statue in Market Square

Not much but something about pseudo gothic fountain is known. In order that nothing was known, it is too young. On the square in Vlašim was built in 1886 and someone with a helmet to be a knight. But what about the knight goes, that's entrepreneur František Šebek, the city donated the statue and fountain, forgot to say. Maybe it was just off duty chronicler, who knows. Local people, however, consider the mysterious hero Jan Žižka, therefore, also called Žizka Square. 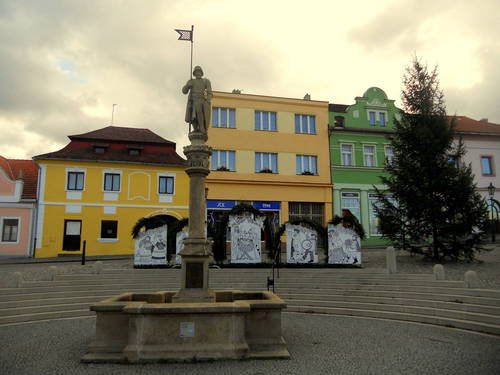 Part of the historic buildings from the 20th of the last century had to unfortunately withdraw hard hands of communist panels. So instead of charming cottages standing prefabs there, just a short walk from the church of St. Jijlí and Czechoslovak Hussites. Once it could write about: "in the shadow of churches, people live". Today writes: "in the shadow of human dwellings crouching Vlašim two churches, even though the historically younger decorated tower." 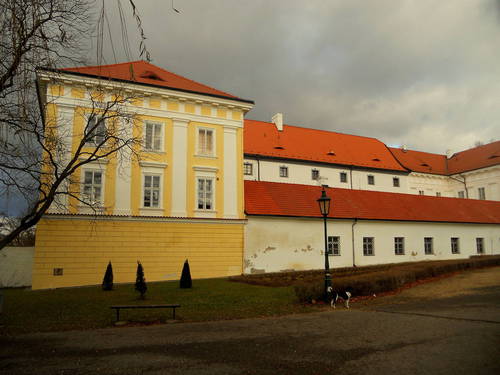 Vlašim castle, its towers and gates

Tower above all prefabs but safely Vlašim towers of the castle. Beat is not only its size but also its historical value. On its place used to stand a Gothic castle. From it has survived only one tower, which was rebuilt many times. The castle was built on Blanice river probably in 1303 and had to protect the original trade route from Prague to Jihlava. End of the 14th century there settled Lords of Vlašim. The original castle into a Renaissance chateau in the 16th left century castle rebuilt from Vostrovcové Královice. An integral part of the building is impressive castle park, which includes three gates and several historically interesting buildings. 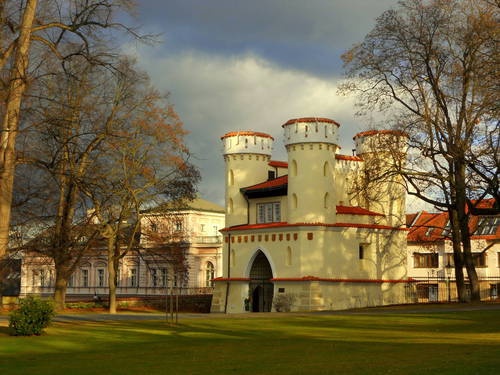