Vyšehořovice, a small village, where everybody knows each other by name, has quite surprising amount of sights. If there had been made inhabitant/sights ratio or size of the village/sights ratio, the village would be Czech rarity. In foreseeable distance there is a Gothic-Renaissance stronghold and a bell tower. However, all of the sights mentioned are in a poor condition. There is also a presbytery and a statue of John of Nepomuk that decorate their village. 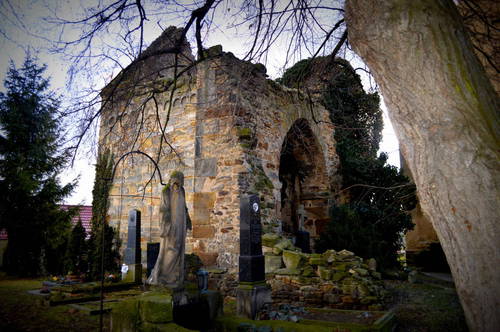 A stronghold saved from collective farmers

Tremendous luck had a huge stronghold built in the 13th century that, during socialism, was used as a storage for every possible kind of material, or rather it was a dump site of the collective farm part of which it became after the nationalization. However, it created a paradox because the stronghold thanks to this “conservation” withstood erosion and, thanks to its position behind a gate, also it withstood vandalism. So, in the end, it was one of few sights the communist actually saved, however, unconsciously. Acknowledgments should be also devoted to the effort and enthusiasm of members of the Association of Friends of Vyšehořovická Stronghold who, together with the owner of the stronghold, do their best to get the area back to life. 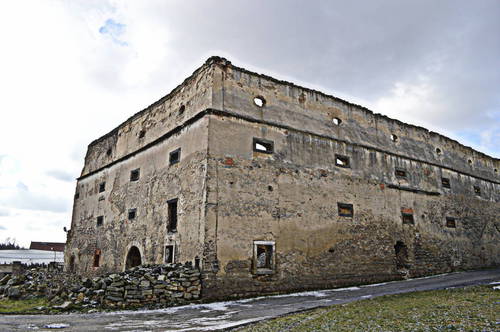 For amateur it is just a pile of rocks, for professionals it is the entrance gate with a drawbridge. There are many legends of spirits of dead soldiers who defended the stronghold to their last breath. Currently the site awaits its reconstruction. To add, according to a legend it fell down every time somebody tried to use it. The legend says spirits of dead soldiers caused it. According to experts, bad structural stability caused this.

A master stonemason, Milan Tichý performs the renovation: „Every year problems of the construction were evaluated and they were solved by such works that could hold the original dimension of the construction. It is very expensive and slow,” he explains.

Watch a short interview with experts!

Jaroslav Špaček also came to take a look at his pleasure: „This year we should finish a construction of ruined corner and, actually, the whole part of the southeast palace. Then we will provide it with roof,“ shares his plans for construction. Both experts enthusiastically walk us through the ruins of the palace and a place where used to be a high tower. They tell us what stood where and what they achieved to renew and what will still take a lot of work.

Working with stone is a precise work

For several times should be every stone grab in hands and compared with a photodocumentation. Front and reverse sides have to be found and put into a right place. Piece by piece a massive ruined wall is built again. Similarly as a house from bricks demolished by someone and you just have to build it again. Milan Tichý shows where a drawbridge stood, a black kitchen or a grass up on a corner of fortification that serves as a perfect isolation that protects layers of masonry beneath. 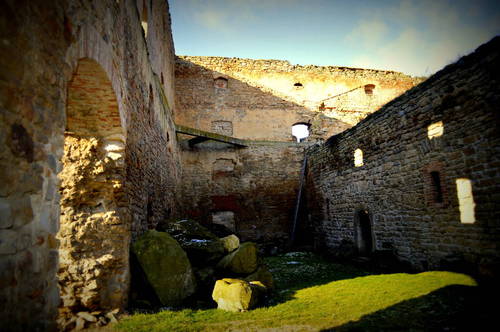 Material used for a renovation of the stronghold is genuine, usually. “We were lucky it remained on its original place. Paradoxically thanks to the fact the the stronghold was a part of the collective farm. For a better comparison I would mention Kunratická stronghold where some parts of fortification foundations are also hidden in the ground. Here this huge content lies together. This is the value, an explanation why this has such a value,” Milan Tichý says. 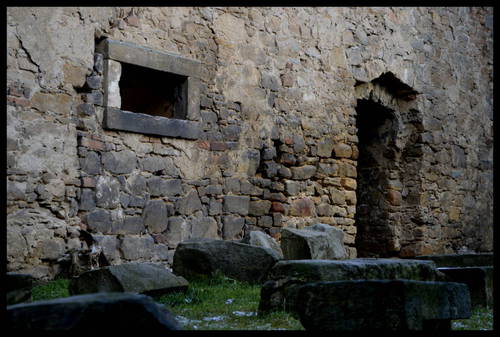 A podium that stands between palaces, a nickname for the area between the walls, says something about current events in Vyšehořovická tvrz and also something about growing awareness of people not only from local area. “It is important that locals would understand the value of such things and appreciate them. Only then the sights that surround them could be preserved for future generations,” Tichý, one of the most important members of the association, explains. “We expect that we will renew roofs and at the place where the watch tower stood we plan to build an observation tower,” says with enthusiasm. He hopes once there would be a track for bicycles.