Lots of greenery that soothes the eyes and mind, and to this tastefully scattered several monuments - the Church of the Assumption of the Blessed Virgin Mary, Marian column, and of course Zasmuky Castle. So looks like or perhaps not square, but rather square in Zasmuky. Each bush holds commanded shape, and even lawn is neatly mowed, of course. A short walk away from all the other sights worth even a former Franciscan monastery and church of St. Francis of Assisi. The town also has a commercial zone, which did not fluoresce number of shops, but for the life of local, seems to be sufficient. 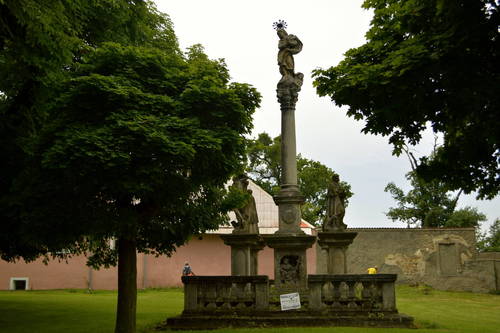 "Kolin, Kolin you stand at a nice plain," as we sing in a brass band musicians and masters, "you're right." But not only Kolin, but also Zasmuky the oatcake is, which is understandable, given how near Kolin stands. Also Zasmuky are therefore the ideal place for a relaxing terrain, say a little lazier cycling. But also here, where it is seen widely in the region, surrounding nature can inspire visitors. Ancient town Zasmuky are three cycling. 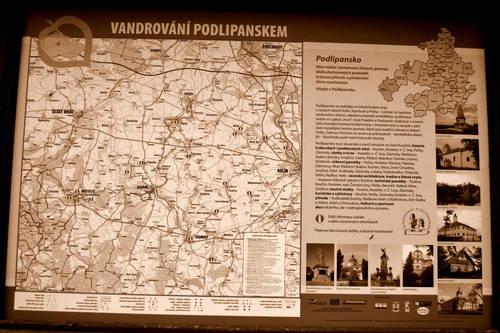 No chance we mentioned a passage from brass. Well-known international festival orchestras dechovkových called Kmochův Cologne , held annually in Cologne, has had its foundations right here - in Zasmuky, where Francis was born Kmoch. Music composer and bandleader spent his childhood Zasmuky only to him but later was the basis for the work of a lifetime. Kmochův talent and passion recognized his teacher, also Zasmuky Castle cultural climate significantly influenced the artist's future direction. In his honor, was on the wall of his native house in the street Vyšehrad memorial plaque. 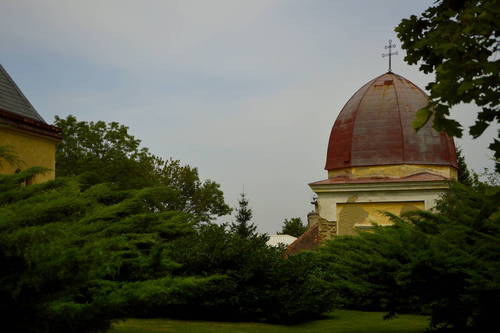 It is interesting that in Zasmuky was born and lived for many years and the father of the poet Jan Neruda. Poet himself in a house on the square numbered 36 spent only two years of his childhood. Neruda's houses are not marked.

For many lovers of history is the most interesting local lock. How could it, when i took even famous genus Sternberg, who chose him to set his numerous residences. Sternbergs owned Zasmuky Castle, without the need to pause during the Second World War, from 1637 until 1948. The "hands of the people" freed himself three years after the revolution in 1992, when the property was restituted F. Diana Sternberg. 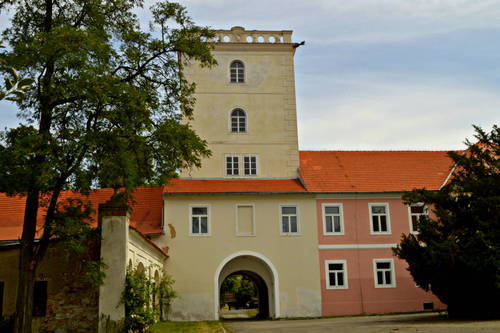 Today, the interiors of the castle area accessible only rarely. Although entry to the courtyard and into the park through the prism four-storey tower, nothing. Important information about zásmuckém headquarters, which beautifully documents the variety of architectural styles, tourists will find just the entrance to the tower adorned otherwise than as a sign of Sternberg family. In the park stands the ground baroque pavilion called Rotta. Inside, stalactites, sea shells and stones decorated building was built around 1700.

With access to the interior of the castle, which is slowly reconstructed, it is not so hopeless. Although you will not see areas where Sternberg lunch and spent the night, it will have enough imagination, but for inspiration in the summer months can be just hike to the entrance of the tower, place a permanent exhibition on the life of the surrounding region and Sternberg in Zasmuky.

CZ, Fairy Tale Castle of the House of Sternberg

Jemniste is an ideal place to relax, but also a place to regain your knowledge. Visitors will lea...