en.infoglobe.cz » Places of interest » Káraný - How Come, That Jizera Flows Through Prague? - VIDEO

Káraný  is the village, or properly speaking community, which you passed unnoticed but for the fact that this place dead-end street.

Indeed Káraný located just before the confluence of two rivers - the Elbe and Jizera. And farther down the Elbe current can only go on foot or by bike. On the other hand, in Lázně Toušeň, which had also been talking, has the effect of the new bridge. 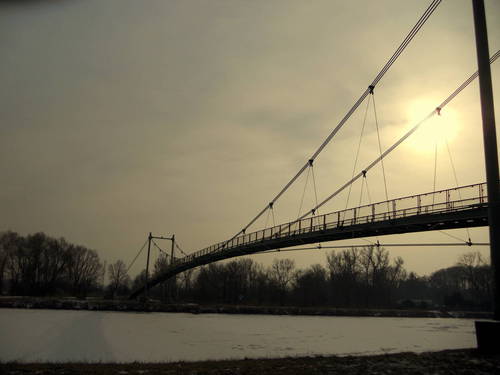 Bypass in Brandýs or how road builders erred again

For drivers it is especially now, when in Brandýs nad Labem bridge repairs, a trip to Káraný or anywhere across the river literally purgatory. Marking rounds in Brandys, that is by broken streets already legendary, proved very inadequate and misleading, and only a few kilometres.

After moments of doubt, if is actually good idea to undergo the ordeal of Brandýs labyrinth of streets, but finally we managed to find the right path. We definitely were not the only one who has lost there. 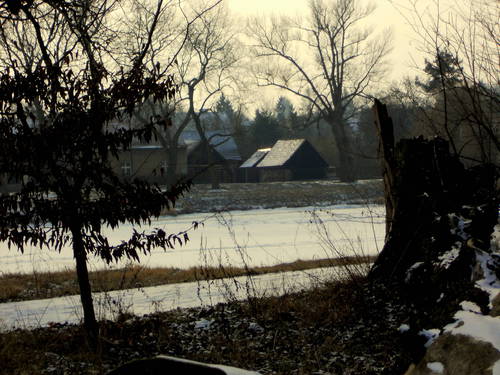 Then it is followed in quick succession - Stará Boleslav, Vestec and Káraný. These three places have one thing and it is high pine trees and houses scattered among them. At a temperature of minus ten high conifers, unfortunately, does not smell as in the summer when Káraný and around popular tourist destinations.

This February, when the frost had to perhaps be mad, you would in Kárané vacationers find just with problems. Despite  that or perhaps therefore, the walk along the bank of the Elbe very pleasant. Black Eagle, a protected area situated in the corner of two rivers, these cold days are mainly nature and birds, that surprisingly sings as if it were spring. A few brave local but went for a walk. 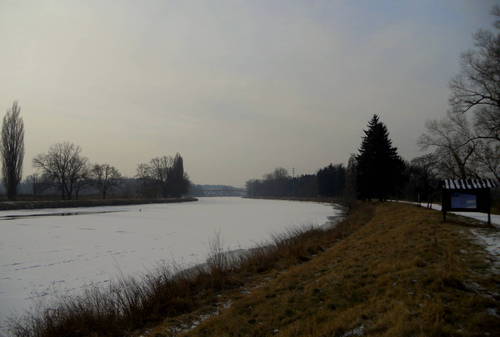 Information boards about Pojizeří standing at the bank of the Elbe, which testifies to the fact how difficult it is topography on a small peninsula. All is well with you also, so your desire for knowledge, do not marry too far. If some of them looked more like a blackboard described, near the water treatment plant, this could be quite nice good Read.

If someone claimed that flows through Prague Jizera, would be wrong. Jizera flows in Prague since 1914. Mediator of variations this water flow is the waterworks Káraný. Its construction was decided in Prague in 1899. Intricate system of pipes, shafts, wells and venting tower proved crucial in the period 1 World War II, when the inhabitants of Prague by its clear water protect them from typhoid epidemics. 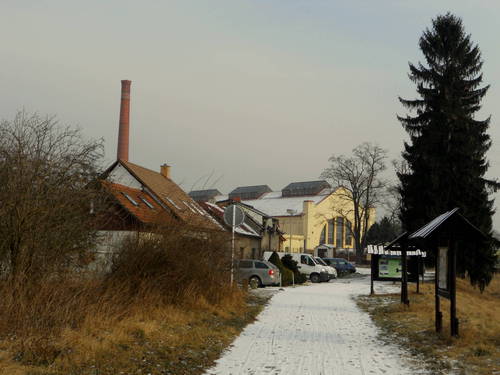 Adolf Theim oversaw the construction of waterworks until his death (1908), then he was replaced by Emil Prinz. Water has started work in 1912, two years before Káraný Plant drank water from the first people of Prague. More than a year it took before he carried out to purify the existing pipeline full of dirt from the river and the construction of new water supply system.

In Prague, there are two reservoirs now drawing water from Káraný. First of them, you would find at Flora, the second one used to stand on Karlov, now you can see reservoir on the Ládví.

Published: 12.3.2013
Horky nad Jizerou is a village around the River Jizera where around 450 people live and where everyone knows each other. There you can feel true atmosphere of countryside where is a river, weir, old houses and fresh air.

Káraný or how Jizera has got to Prague

Káraný - Central Bohemian village, where lives about five hundred people, but to which the people...