Kostelec nad Labem is a typical town dependents on Prague. That is not that, there weren´t shops, pubs and post office, rather it is that there is no work. Fortunately Kostelec to Prague is a just twenty kilometres far away, which would correspond to one book chapter and so travelling to work is not torture.

In Kostelec nad Labem, where live about three thousand people, it seems as if time stopped there. Everything seems somehow lifeless. The only thing on Sunday on the square Comenius works is tiny pastry shop, but according to the number of customers is probably the tip of his field. No - if for Praguers, for local then definitely yes.

One more pub is open, you'd find right in front of obsolete firehouse. Fair "four" where you can go almost in every day and night hour, can´t miss in a small town. As the number of customers, is doing the same thing confectioner, a staff that is there flowing models instead of Sunday, beard to the ground. 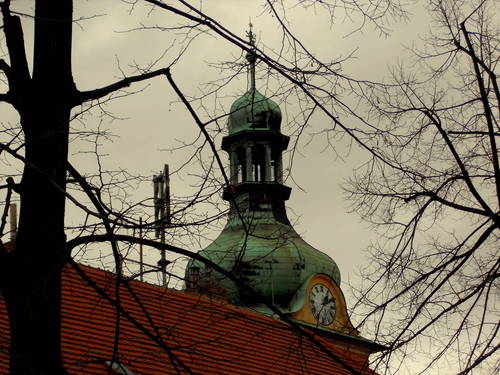 How it is and how was it

On square named after perhaps the greatest Czech thinkers J.A. Komenský are walking bored a pair of young men. Speculate about some things a few steps from the statue of Jan Hus a heretic, then turns, in part, partly repaired church of St. Vitus, which was once dedicated to the poet Peter Bezruč parents, and disappear somewhere in the side street.

The Old Fire-brigade Avi started its engine and with little trailer carefully encircled Kostelec square. She stopped just a block away, opposite the pub and the firehouse. For local nothing about what they should pause for visitors to the city but this one was truly unique spectacle, especially at the idea that in Kostelec, or God forbid a few miles away, raging fire. About the car, however, as it should be taken care of, so our concerns about the readiness of the local church will be on site.

Yeah, it was live in Kostelec once. In front the town hall used to be meat market, in the meadows around the horses and grazed landscape rich in lakes guarantee an abundant supply of fish. Except fishermen in Kostelec lived well also basket makers, blacksmiths and brick-makers. City used to have own brick factory. He also brewed beer there and in three breweries. Mention is also said to the three mills. In 1554 all this revelry ended in flames. Then were burned seventy buildings in total, including City Hall and other landmarks. Kostelec suffer from the fire twice, in 1613 and 1820. The first fire caused a major rebuild the original Gothic town hall, which has assumed the form of a renaissance. 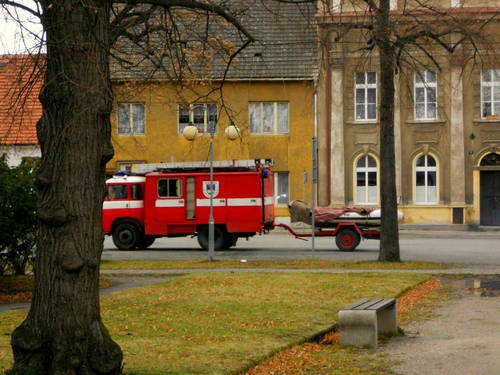 And of course there is in office today. Mayor of Kostelec in the newsletter that comes every month, complained about vandals who recently destroyed by the statue of Jan Hus, and how some local jokers kept going out Christmas tree in the square and corrupted the festive atmosphere of all honest citizens. 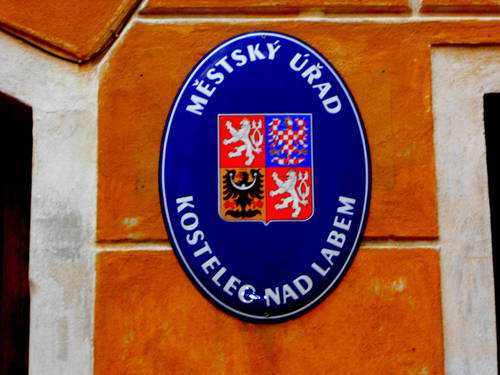 City, or at least the square houses repaired and would deserve a little more attractive. Maybe then the Kostelec nad Labem became a popular destination for tourists.