Published: 23.4.2008
Castle of Křivoklát belongs to one of our oldest and most important buildings in Czech Republic. It is situated in heart of beautiful forests. First notice about this castle comes from beginning of 12th century. Thanks to its position, Křivoklát became very popular with Bohemian Kings and Princes, and the castle was used as their hunting-seat. 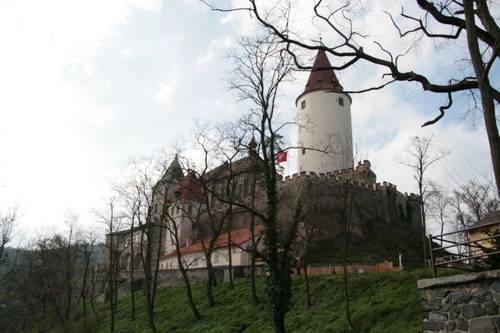 During ruling-period of Kings Přemysl Ottakar II. and Wenceslas II. there was founded delightful and extended castle. King Wenceslas IV. managed its expressive reconstruction and later, King Vladislav Jagellonsky terminated his work. However, this beautiful castle was seriously damaged by fire several times, so the interest fell down expressively, and later castle became a feared prison. 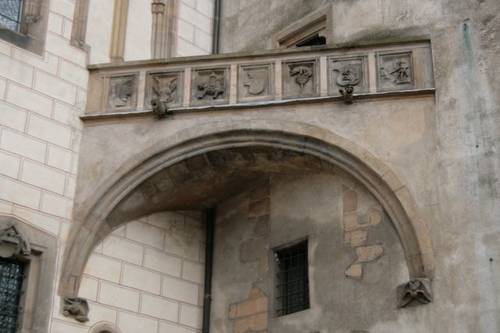 King Charles IV. stayed with pleasure in Křivoklát, despite the fact that his seat was placed in

Karlštejn Castle. He spent here, during his childhood, (when he was forcibly separated from his mather Elisabeth Přemyslovna), long period of four years. Afterthat, he was sent for education to French Court, where he obtained perfect education. Shortly after his arrival to Paris, he was married - at the age of 7 years - with Blanka of Valois. Anyway, they started to live - as husband and wife - several years later. We can even speak about a fact that Charles fell in love so, when his wife Blanka was pregnant, she could not accompany him for hunting expeditions, she stayed alone in castle, she was very sad and was sickly. So, Charles wished to console her, so he let to import nightingales (birds) from her native country, in order to remind her home and not to feel so alone.

e Maiestas Carolina, where it is stressed not to cut down the trees nor damage the forests in any case. Provided somebody would do it so, quite cruel punishment would follow (right hand had to be cut off and confiscation of all property or burning would be effected).

At present, you can see in Křivoklát Castle remarkable interiors and many elements of Middle Ages decoration. In Great Tower, you can admire an extended collection of hunting weapons and trophys. Further, you find here an unique library, containing more then 52 thousands of books-copies.You have to see, of copurse, local prison and torture-chamber. 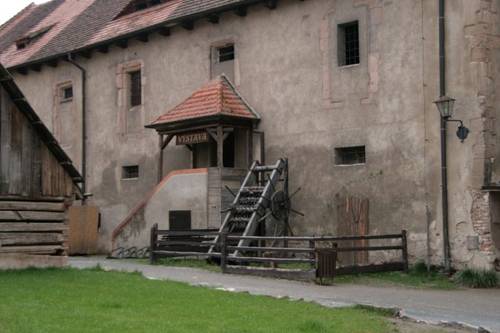 The attraction, which also belongs to the castle, is so called "dreadful spectacle", going out from local legends - according to judgment - with name "Phantom of Křivoklát".

Open time-period of the exhibition corresponds to time-table of a castle. The exposition is placed to cellars of former brewery.

Caution: Křivoklát Castle is a place where there is not allowed to smoke - since 30th June 2007! 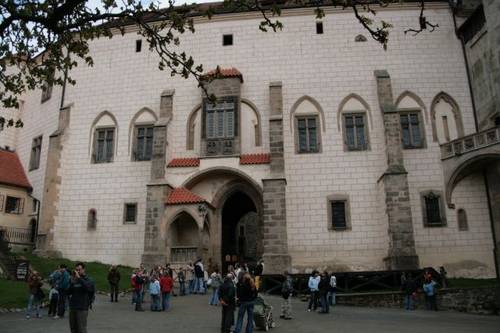