Published: 29.6.2010
Welcome to Milovice! - this inscripition is written in a plate at the border of the town. This is no special sign, from the first point of view. In Milovice, you can find, as usually, a church, a pub, Hotel Blue Star in decay, including train and bus stops or supermarket.

Just till 1991, there was present in this town, situated not far from the town of Lysá nad Labem, main communication Russian language Never mind, the inscription in Russian could be found there even now. And the Russians are to be met, according to information of retirted major and former Milovice deputy Mayor, too. 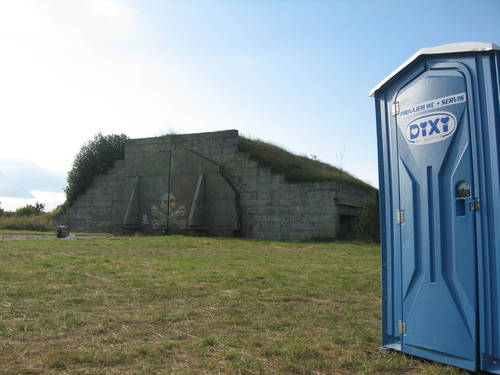 Russian soldiers came to Milovice in 1968. Later, their wives with children and other relatives followed them. The official data, regarding their number, are different, nevertheless, in general, several thousands of immigrants must be mentioned. Having a view to monstrose, deserted houses in Milovice-Boží Dar, it is obvious that persons of Russian origin must be present here in much more number. „One flat was always inhabitated with two families. The kitchen and bathroom were used together. A school building was over there.“ shows us Aleš Kubeš, pensioned major and former Milovice deputy Mayor. Within 1970-1975, the Russians constructed there cleaning station of falling waters for totally 80 thousand of people, and this fact gives the reply regarding their actual number.

Spacious paved Milovice square, where the soldiers marched on in past, is characteristic with its „Officers´ House“. Nevertheless, at present, no officer would enter. Gigantic cultural house is falling to decay. Just twenty years ago, the officers welcomed the highest military dignities from Moscow. „So, red carpet was placed on that stairs, and this mosaic on the wall, is the biggest of all over Europe!“ Mr.Kubeš describes these clearly visible Russian traces. On the other hand, these drinking-bouts were organized at home. 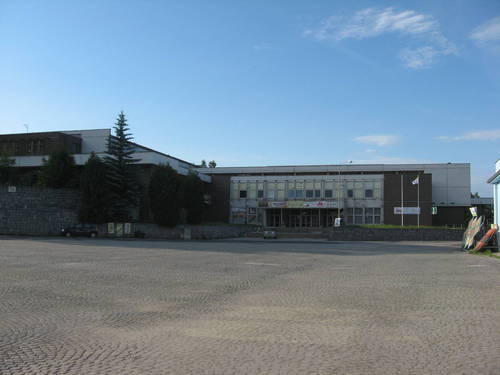 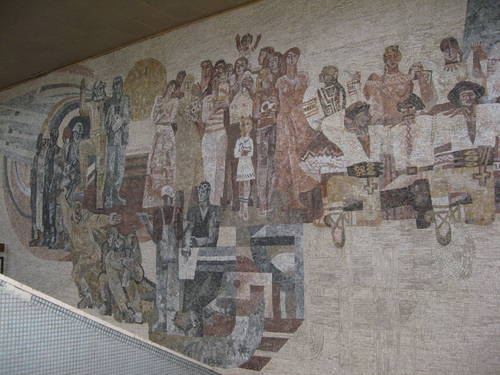 Aleš Kubeš spent in Milovice all his life, now, he is 83 years old. Despite the fact that he is professional and has the dril in his blood, he had always troubles with Russians. „They were drunken after wodka drinking, staggering the town, and the children were unable to asleep. They made business with all possible and impossible things, such as with petrol, foodstuffs, wodka or cigarettes. Once, even my car was stolen!“ – shows us pink SKODA 120 vehicle with round reflectors. Since time period, when another Russian officer returned the vehicle to him, he prefers to keep the car in garage, where the wall is decorated with old Milovice plan-map and environs. 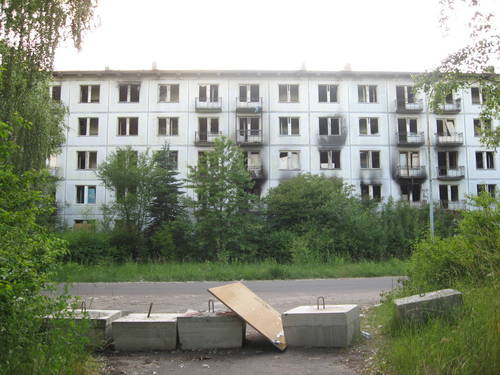 The walk throughout densy populated Boží Dar dwelling quarter is accompanied with quite unpleasant feelings. The windows are completely destroyed, the entrances into white houses are overgrown with trees. These gigantic buildings demonstrate a fact, how strong the friendship among Czech and Soviet comrades could be. Wall coverings are slowly falling down from walls of uninhabitated room. From their opposite part, you can see a piece of paper, described with Russian letters. From wet walls, strong polish layers are broken off.

„The Russians polished always. They put one layer on the other one. They made it always, when somebody new moved“ - Mr. Kubeš explains. So, all material for the construction of such gigantic houses has the origin from Russia. At that time, many goods-trains brought a lot of iron-concrete to Milovice.

The life escaped completely from these powerful white houses, when last Russian soldier left  Milovice by fast train in direction to Moscow. Their exit, within two years after Velvet Revolution, it was a result of negotiations of Michael Kocáb, former rocker and National Assembly Deputy. „The Russians loved local places here. Milovice was for them something similar as the America for us. On a day, when last Russian soldier left the place, I went to have a look, where they lived, and found hot food on cooking-range! They knew that they were forced to leave but they were unable to believe it!“ - remembers the retired officer. Nevertheless, the end of Russian mission was accompanied with a chaos. The soldiers wished to take all possible matters (things) with. They did their best to sell the subjects which were impossible to be packed.

Do You Know That? Secret Military Object In Prague

Published: 20.11.2011
Probably few people think that during a Sunday walk in one of Prague's picturesque valleys you can found in the vicinity of one of the most secret military space ČR.