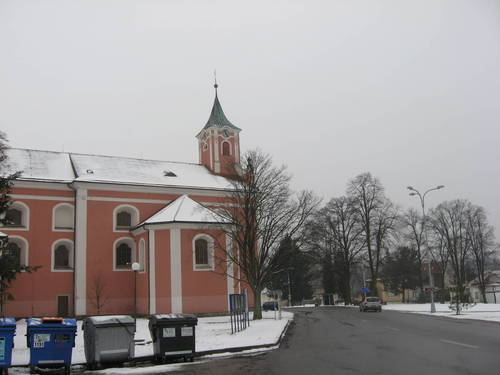 Small Antonín Dvořák lived just opposite the church.Magnificient view to Renaissance chateau was offered to him from room windows. So, no wonder that he started to take up a music in such magical atmosphere. People say that he tried to play tree bark, close to the church situated just opposite the house. It was obviously birch-tree bark, judging according to actual trees growing around church construction. The birth-house of famous music composer became, after such time period, a museum, and St. Andrew Church remained unchanged. 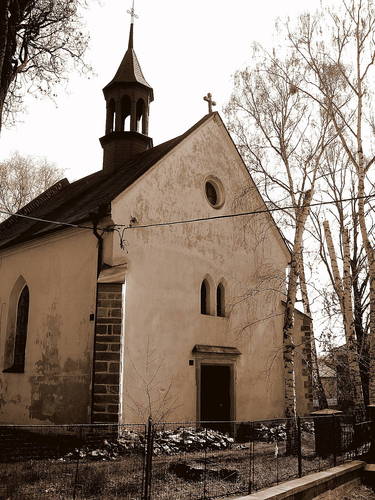 Nevertheless, tree-bark was not  too attractive for small Antonin in the meantime. Butcher´s son started to learn music under leading of Antonim Liehmann, organist and a teacher of Zlonice. And consequently, four years later, Antonin Dvořák studied organ play in Prague. As a violinist, he played, under Bedřich Smetana´s baton in musical orchestra of Prozatimní Theatre.

Antonín Dvořák became generally respected musical composer in the course of the time. Now, his statue is decorating Nelahozeves, his birthplace, as well as a space in front of Rudolfinum in Prague. Anyway, the statue, placed in Nelahozeves park, is to be found a couple of metres from his birth-house. Its name is „Pensive“. This stone composer has his baton ready just for a moment, to conduct their fellow-musicians to the only right accent. So called „Dvořák Path“, four kilometres long, is passing through Nelahozeves, along banks of Vltava-river. Moreover, each year, there is organized tourist march in his honour, known as „Dvořák and Nelahozeves“. 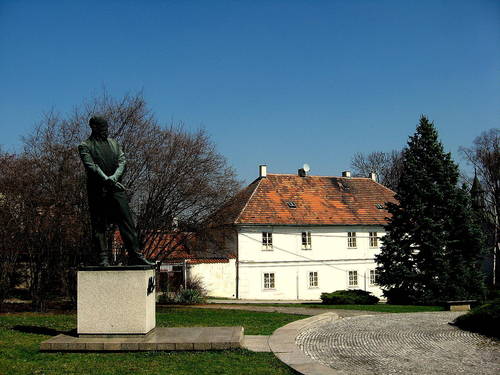 Not so many village-inhabitants could declare the following: „We have a chateau!“. Nevertheless, this building is marked as one of most beautiful buildings of Renaissance style in Bohemia.

The chateau is placed on the rock. Just nearby, the railway line is passing. Stone memorable plate, reminding victims of 2nd World War, put into the rock, is bounded, embraced with green creeping flower. This could be probably most sorrowfull chateau corner. 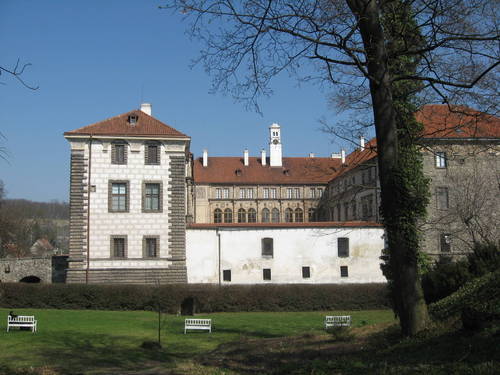 Around former stables and buildings, where slept the grooms, you arrive or to chateau garden or directly to the chateau. In past, you could overcome water ditch, nevertheless, small walk across arched stone bridge could be fully sufficient. Some guns are to be found in front of chateau entry. They could be last barriere for eventuel enemies. Anyway, who knows, if somebody shot from it!

Nelahozeves Chateau, former seat of Lobkowitz Parentage, is only 30 kilometres distant from Prague. The chateau is open for public all year round. Regarding parking possibilities, it is really no problem. The place is free of charge, just close to the building. Nevertheless, chateau sightseeing is to be paid for, of course. On the other hand, the entrance to the garden is free. 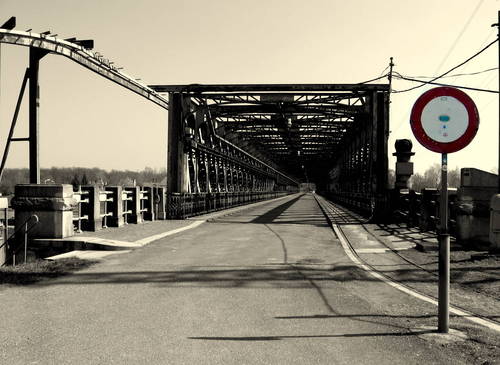