At the road to Prague, you find Mater Dolorosa Virgin Mary Chapel. However, its present face is not too flattering. No wonder, since 1721, when the chapel was built, passed many years. This ancient monument would merit more sufficient care. The building is placed in the neighbourhood of similarly dilapidated bus stop. Anyway, hardly anybody knows that entrails, in past, sprang healing source, and a small spa was available there. However, luxury spa life died out many years ago, and the pigeons occupy the chapel now. It is great pity that this famous era is not reminded with simple table with description! 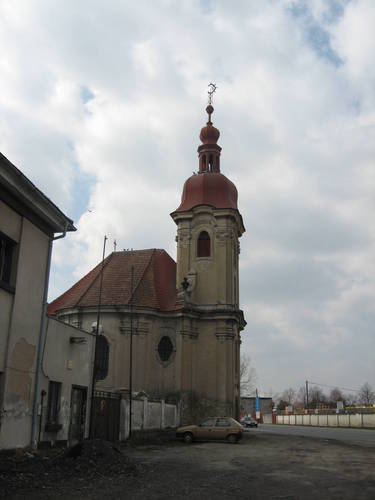 A church decorates one of few Elbe hills

Upstairs, on the hill, small church is to be seen. It is arising unusually over Elbe table land. It is evident from far that the building is in more better stage as Mater Dolorosa Virgin Mary Chapel, mentioned above. The construction has its special atmosphere, and when you are able to absorb it, you can be taken over to the past. From this picturesque church, you have perfect survey, what´s on in north-east part of the town. And when the weather is favourable, you can watch even Sněžka Peak. 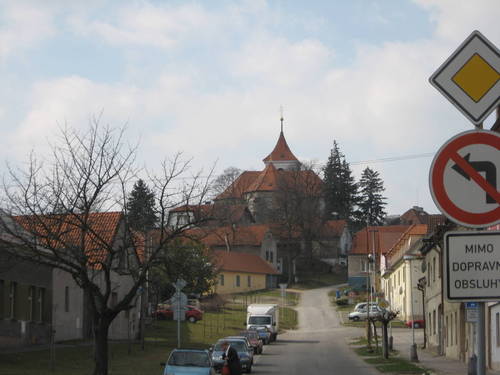 St.Apolinaris Church was country dominanta just at the era of Bořivoj II. The monarch let it constructed during 1117-1118. The church was originally built in Romanesque style, with chapter. Later, the building was changed in Gothic style, with vaulted presbyterium. However, the chapter was transferred to Prague, and small town was established below the hill. Within 1737-1739, the church got face of Gothic-Baroque style. Church navy and a tower were added to presbyterium. So, the ground-plan had a correspondence to the cross. Main altar is decorated with a picture of Suckling Madonna, coming from 17th century. The altar itself was manufactured in hands of Mr. Kattebauer, wood-carver from Kutná Hora. Later, in 1784, Sadská was declared as a town. 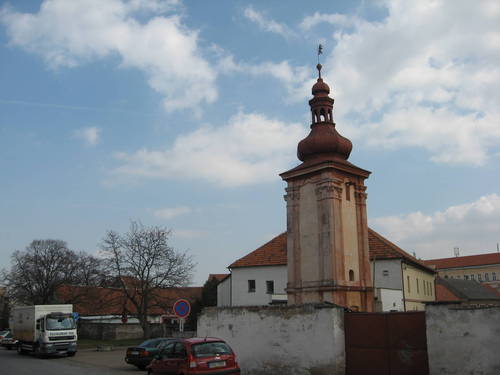 Not far from the church, Baroque tower with cracked and fall off rough-casting facade is situated. The tower was erected there in 1691. However, the time took away a space and the importance, too. Former town bell-tower was equipped with hall-clock in past. Even a jail was hidden there. The bell tower is placed closed to parking place and local gambling house. If you have the intention to make nice photo, it takes some time to find favourable standpoint. It is a pity that officials, looking after the monuments, were not too eager to fight and permitted that inevitably small space remained around this former prison.

This native from Sadská has nothing common with actual politician. Nevertheless, one of main roads which has the name after Paroubek, reminds such impression. So, small explanation is necessary: not Jiří (George) but Otakar Georgius Paroubek, writer and cartographer, left the town his library and so he established local museum. The institution was open for public in 1910, one year only after his death, and this was a work of local museum club. So, bigscaled of this books-collector was rewarded  with a fact that one street was renamed on his honour.

On bike for having a bath

Similarly as in all towns along Polabí Region, even in Sadská the bicycle proved to be synonymously most important means of transport. During hot summer, the target of local people is obvious: inundated sand-quarry, sandy beaches, sun, something to drink as well as shadow of pine-tree forests. This sand-quarry fills in a space between a town and Elbe-river. 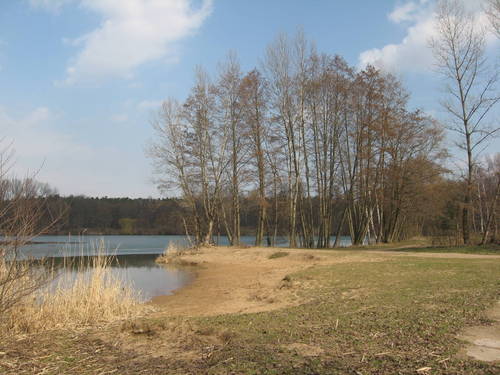