This town, surrounded with fortifications, was much in favour with King Wenceslas II. He promoted Slaný as King´s town in 1300. Nevertheless, the reason why the town obtained such strange name, was a mystery. According to the legend (the author was Václav Hájek of Libočany), the spring of salted taste was found at this locality. This message was presented by servant Holot, who worked on duty of Prince Nezamysl. The water which could not be salted, was for such extravagant man so encouraging that he let to establish a town close to the place where the spring welled up. This really fairytale story regarding the name was fully refuted with geological investigations but no objection could be made to anybody who would believe it. 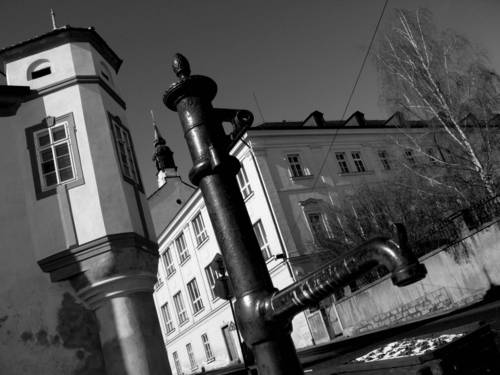 So, which is a reality like? The town of Slaný is functioning as an important traffic junction. You can follow daily traffic jams on roads leading to Prague. Nevertheless, the dream of Communists, that Slaný could become prosperous mining town, were dissolved after 2001. The giant-like buildings as well as mining galleries were liquidated, without giving any gramme of coal. However, what was not managed and fulfilled in the course of the first five-year plan, had no chance to survive. Local people lost their jobs and even the illusion regarding ensured usefullness of the town. So, now, many persons are forced to seek their jobs in Prague. 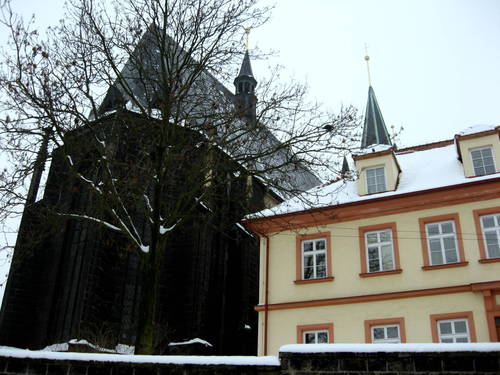 Nevertheless, local humor is not lost. You can hear and follow the people laughing. The persons stop for a while, having a chat with each other. Snow present on the streets is a message number one. However, no arranged pavements after such snow quantity are not to be seen. The people are forced to pass over heaps of snow, giving comments to the fact that they had to bathe in snow. And this is not simple at all. From pavement to the road, you can find the way in several points only. So, blocking points are being formed also on pavements. Despite this fact, some form of unity you can feel from local persons. 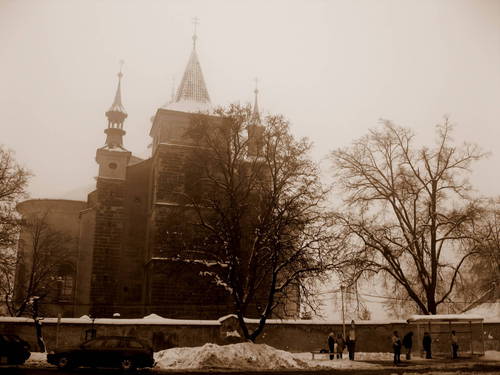 Town Hall is a dominante of main square. Anyway, each house, located here, has its special  magic. So, you can find there museum building as well as Velvary Gate. This construction is, together with Black Bastion, the only rest of original fortification from pre-Hussite time period. This Home Museum, situated at the corner of the square, served in past as Piarists´ Order College. At present, you can find there library and exhibitions. Not far from there, you cannot miss so called Modletice House of Renaissance style and St. Gotthard Church. On the opposite part, a Monastery of barefooted Carmelite Monks is worth to visit. 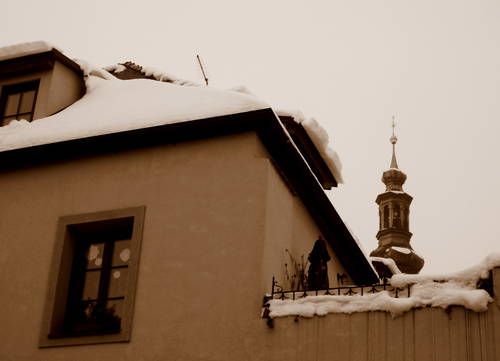 Up and Down in Slaný

The strategic position was a decisive moment for the importance of the town. Slaný is situated directly along the way, leading from German borders in direction to Prague. Moreover, from there, it is very short distance, 25 kms only. No wonder, that such King´s town was forced to effect basic decisions in past. All this was made by local aldermen. However, fire apocalypse attacked the town just in 1371 for the first time. At that time, the whole town was completely destroyed by fire flames, and thousands of persons died. Nevertheless, Emperor Charles IV. merited a lot that the town was renewed after damagaes caused by fire and granted a town certain privileges, including some amounts of money as well.

Later, during Hussite wars, Slaný more and more inclined towards Prague. Tábor military troops conquested the town but finally, they lost a fight with Prague troops. So, Slaný, together with the towns of Louny and Žatec, were under hegemony of provisional country government. From historical point of view, after-Bílá Hora battle time period, became more essential. At that time, the town was destructed again.