A group of persons are passing extensive square. At three o´clock p.m., when rush hour in the other towns is prevailing, Velvary is sleeping. Only local broadcast is to be heard. From loud-speaker, you can listen daily the same commemorative ode for this three thousands persons´ town, not far from Kralupy nad Vltavou. The song „O, Velvary!“ was written in 1591 in a pub, when Joachim of Bílá lost there , with rather mysterious way, his coffer containing approx. 996 thalers. However, nobody knows, that somebody stoled him the money, or if he spent the amount in drinking. Anyway, now, it does not matter at all, how it happened. 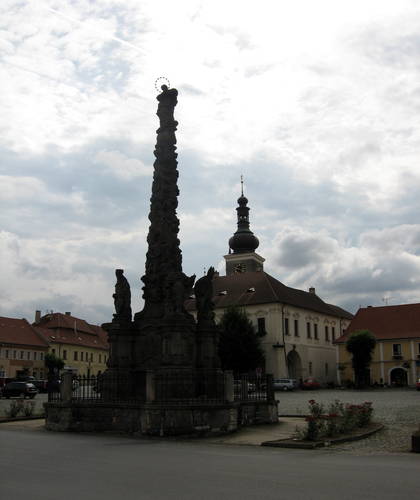 This musical melody regarding this Velvary dispute means that local town-hall is ready to announce the latest news for inhabitants. The people in the square pay attention immediately. So, the first message is speaking about reconstruction of staircase in town hall. As a consequence, the offices will be closed. The second message is stimulating all citizens, in order to enable the entrance to their houses, regarding registration of water consumption.

The person, who would not be present at home during this revison, is asked for to let a message, recording hydrometer state, behind the window. It is quite simple. Local people are very conscientious. So, the messages regarding water consumption appear soon near by boxes with flowers. It seems as if the time stopped inside neighbouring small streets. The old lady is holding his stoutish dog. She does it from the reason not to fight with another dog who is escaping from opposite house. The merchants offer fly-flaps or preserve glasses in their shops. On the other hand, these small shops of local merchants have unforgettable atmosphere of recent times. The same atmosphere has the bank building or confectionary, situated on the square. 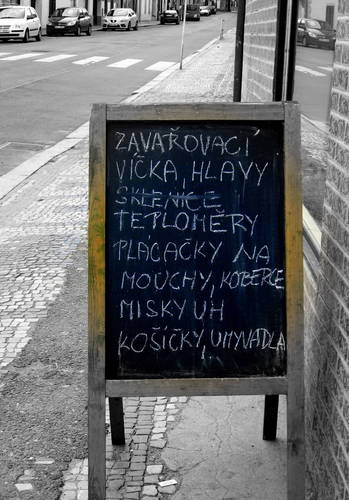 „So, you can admire here old Town Hall in Baroque style, Virgin Mary Columns and a cemetery. All this was built by famous architect Santini. But this was another person as you could mean!“ old lady says, going home. And it is true, local cemetery is worth to visit. Except ancient, green tombs, you can admire there St.George Church, built in Gothic-Renaissance style. Italian architect Santini Malvazione built it in 1616. However, this Italian controversy rebel let many debts there – obviously for a wine he drunk. Nevertheless, his body is buried in local cemetery. Except St.George church, this architect participated on many other buildings in Velvary. 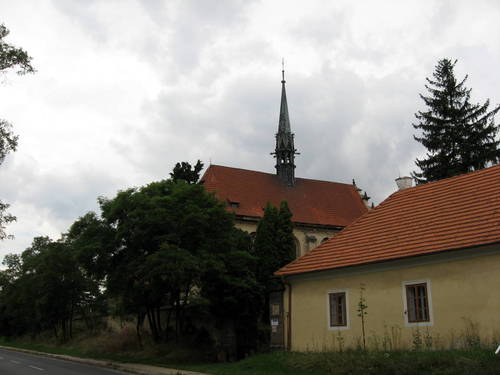 In past, the town of Velvary was a citadel. So, around the town, there were built four gates – Roudnice, Malovary, Slanska and Prague gates. The last mentioned gate is to be admired till now. It is a local dominanta, not speaking about St.Catherine Church and Gothic Town - Hall, placed on the square. 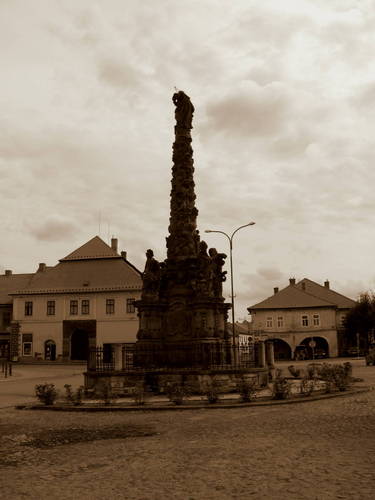 The Appreciation for Velvary Firemen

A bicycle is standing at the wall of pub „Na sladovně“. Just here, in such very important place for this small town, a voluntary Firemen Commitee was established in 1864. This Velvary commitee  belongs to those oldest one in Czech Republic. A memorable plate and photo gallery  are placed there, presenting activities of firemen commitee. The desk is informing that the commitee got new flag in 2010. The flag is decorated with St.Florian, patron of all persons, working with fire, town´s symbol. The inscription:“The Help in Distress, it is our Mission!“ is a prove for this reality.

Firemen main office is situated not far from historical town nucleus, just opposite former Jewish synagogue. By the way, this building was created as the last one, in time period before the 2nd World War, in 1931. This cube in functionalistic style, with expressive round windows, suggested by Frank A.Libra, Prague architect, is in absolute contrast to another Velvary buildings. 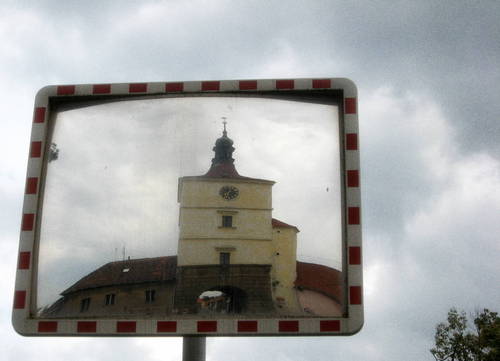 Published: 5.10.2010
The rake, scythe,flail as well as straw bunch, so, all these subjects the village of Lenešice has in its escutcheon. In past, it was very important agricultural community. At present, the village, situated at Ohře-river, is well known, especially thanks to a church in Romanesque style.