Hořice under Krkonoše Mountains has changed a lot their face, almost out of all recognition. Approximately ten years ago on the main square use to stay bus station, around which revolved all life in the city.

In these days buses does not go to the historical centre anymore and around neo Gothic town hall from 1872 are rumbling heavy machines. Street around town hall head to the square of Jiří z Poděbrad is destroyed to the last little stone. The game about title of beauty city continues. That is what you can see now. New façade will get a house right next to to city hall also. “You are right, it seems completely different,” laughs a very helpful young man employed in local Infocentre, while at speed and almost blindly circled on the map interesting places. He marked the Church of Nativity of the Virgin Mary, the stone city and Masaryk´s tower of Independence.

“You will like it here,” assures everyone, who visited this place, what divided boring Elbe plain and rough mountainous nature. In the ongoing competition for the best infocentre in Hradec Králové region, seems Hořice like hot favorite. 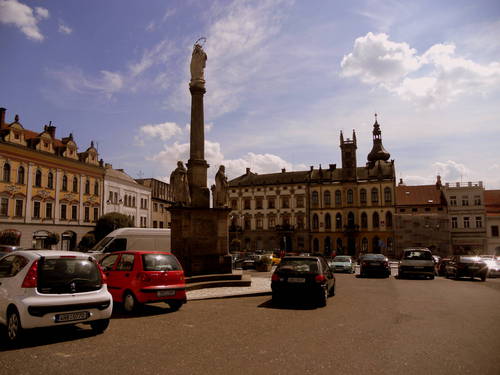 Town hall, although has no important historical value, making their city much nicer. Builder František Poličanský definitely wasn´t any lazy worker with simply ideas. He figured every details of the building – perfect gothic shape of windows, tower and also the crest with Hořice symbol.

Just a few steps from city hall stands the Church of Nativity of the Virgin Mary, built in the years 1741 - 1748. When viewed from opposite end of the square, which occupies area one and half hectares, it appears that his bulbous tower stuck directly to the town hall. Just short walk down the square and it is clear, that it was just a magic of optics.

The area around beautiful looking church is decorated by the several sculptures. Beside a bit boring story about fatal fire, which was played three times in case of this church, has one more significant milestone. In 1820 there was married later parents of music composer Bedřich Smetana.

Hořice square went thru the biggest change after Communists came to power in 1948. At that time the square were renamed to Square of Revolutions. Later the baroque column was also disappeared. Many of the building was insensitively rebuilt, which is visible till today, unfortunately. Square have got back its original name after Velvet revolution in 1989. Marian column, around which dozens of cars parks today, was placed back in 2005. 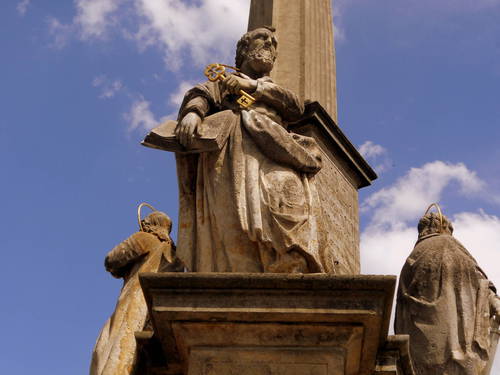 Hořice rolled wafers and the stone

Hořice is a town, famous for a sweet cinnamon crunchy tubes. A special plate for making them u can find in every right Hořice house. Especially older ladies can make real Hořice tubes with cinnamon and sugar perfectly and moreover in one second. Even the warm it tastes great. But not just crunchy tubes what makes Hořice famous.

This city, where you can already feel a real fresh mountain air, is also known due to sandstone, exactly great job of masters or graduates of local school of stone sculptures. City of stone, what is park full of original statues, is the best evidence, what u should also visit. 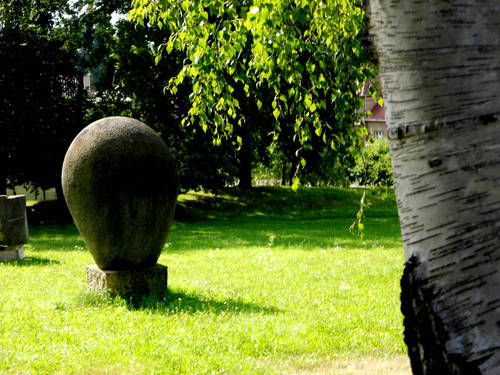 Reason why see Smirice, a town with mere 3 thousand people, is the chapel of Zjeveni Pane ve Smir...

Nova Paka - city with almost ten thousand inhabitants, what is lying at the foot of the Giant Mou...