en.infoglobe.cz » Places of interest » CZ, Hradec Kralove: The Saloon of the Republic – VIDEO

The face of Vlastimil Weiner, a TV reporter of Czech TV, is closely related to Hradec Kralove. He untiringly reports about affairs from the regional capital. He brings one after another. It is clear that there is still something going on in this region. 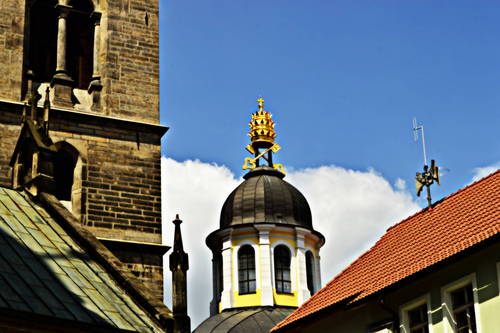 However, the center of Hradec Kralove looks fabulous. Clean huge paved square has rich decoration, the Marian column and high cathedral of the Holy Spirit located at the head of the square itself. The square is called, obviously, Velke (Large). This university city in red, yellow and white colors is a real oasis of calm that invites tourists to a great number of attractions. 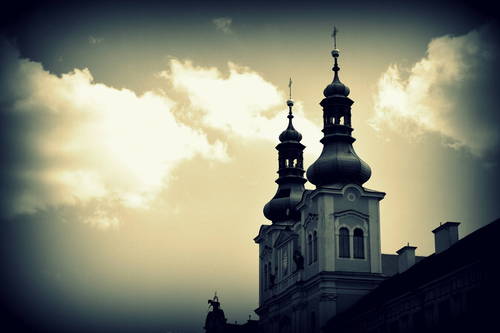 One of the greatest sights at Velke square is the White Tower . Soon it will be renovated. Works began in mid-October, and in about a year it should be done. Also, the second largest bell in the country will be renovated. A eight-tons huge bell named Augustin used to made atmosphere in Hradec Kralove better for several centuries. Now it will have a break for a while.

The largest bell at all is located in the Cathedral of St Vitus in Prague. It is called Zikmund. The second largest bell being in Hradec Kralove is just proof of how this city is and always has been an important crossroads for the Czechs. It was populated already in the prehistoric period and it its time was the second most important city after Prague 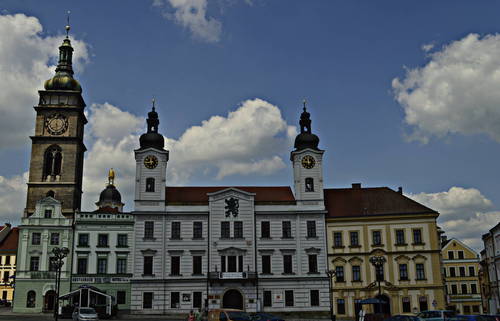 The story of bell Augustine says that in Hradec hangs due to criminals who should be executed. Shortly before he saw a beggar, who advised him how he can redeem. He sent it to Rakovnik, where a treasure was supposedly buried. For that a sinner was supposed to buy the Hradec bell. Eventually, he bought a bell and apparently survived.

Another prominent feature of Hradec Kralove, in addition to the White Tower, including the Town Hall and the Gothic cathedral of the Holy Spirit, where famous warrior Jan Zizka was buried. 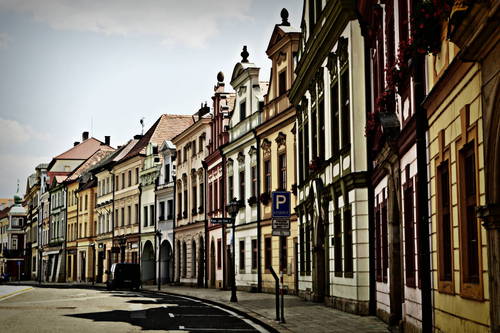 A distinctive feature of Hradec Kralove is its magnificent urban architecture from the early 20th century. The city’s nickname is the Saloon of the Republic because of its architectural sights made by famous architects Gocar and Kotera. Until the mid-19th century, Hradec Kralove was a fortress city. Soldiers left the city in the middle of the 19th century after an unsuccessful battle at Hradec Kralove in 1866. 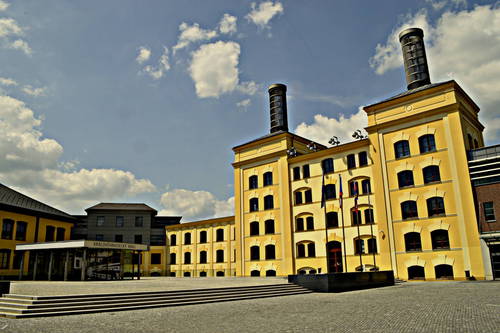 Hradec Kralove is also a university city. The young blood there just beautifies it and refreshes it as there is plenty of cultural events, sports and other social activities. Klicpera’s theater in Hradec Kralove is very good and highly regarded theatre. Several times it was awarded with the title "Theatre of the Year". Even local Artkino is very prestigious. In 2008 it won the prize for the best European theater for young audiences.