en.infoglobe.cz » Places of interest » CZ, Humprecht: A Hunting Castle in a Tower - VIDEO

When somebody says Humprecht those who don’t know probably think of Ruprecht of Kulikov, a castle ghost in a popular fairy tale. Those who know will think of a thin castle tower that is high above all trees of a forest on the edge of Bohemian Paradise. 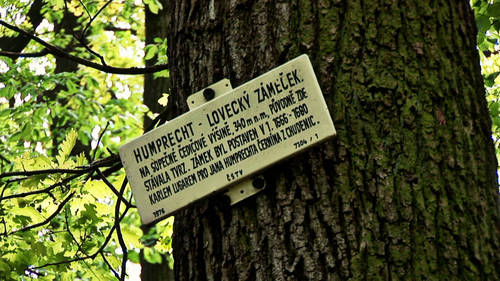 One thing is clear. Castle Humprech is really, according to one of the legends, related to Ruprecht, a flying ghost. Especially kids listen carefully to stories about Humprecht Ruprech who flied to local “brown lady” to have a cup of great Turkish coffee. These sittings took place in a secret room with a fireplace. It explains the fat that Humprecht has four chimneys but only three fireplaces. The fourth chimney is connected to a fireplace in the secret room. At least they say so. The ghost of Humprecht has, however, different name, they call him Krbnik. 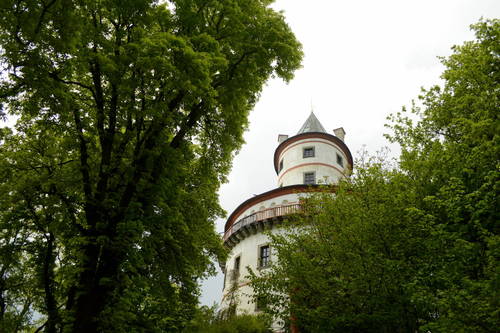 In reality, you can’t fly to Humprecht, you couldn’t even have a coffee there. Such a castle it is. Many people stop by for they are already on their way to Bohemian Paradise. It is a short trip that is, indeed, very interesting.

A parking lot by a memorial of four fallen Red Army soldiers above which is a sinister five-pointed star is very busy. A young man takes money and answer questions of tourists. Eventually, he usually points up to the hill with the same devotion as an arrow showing a cemetery. 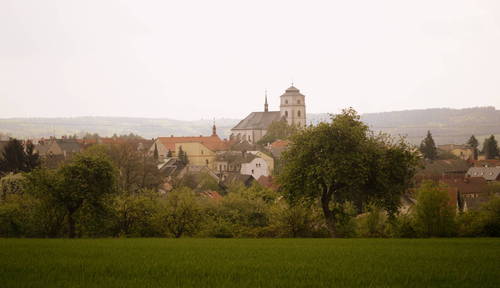 A pleasant road to Humprecht

Easy road with beautiful views over Sobotka leads to forest and continues via wooden stair up to the castle. People used to comfort at Czech castles will feel anxiously at Humprecht for it is a large circle tower with a terrace. Despite lack of space administrators managed to create four sightseeing tours. The longest takes 50 minutes and goes through 17 chambers. Thus, a visitor will see every room of Castle Humprecht including black kitchen, preparation room and libraries. The first floor is devoted to life of former owners; the Cernin and Netolicky dynasties, there are galleries, saloons, bedrooms and many other rooms. Also it is possible to see the tower on the top of which is a traditional Turkish half-moon. The forest park surrounding Humprecht is also worth visiting. 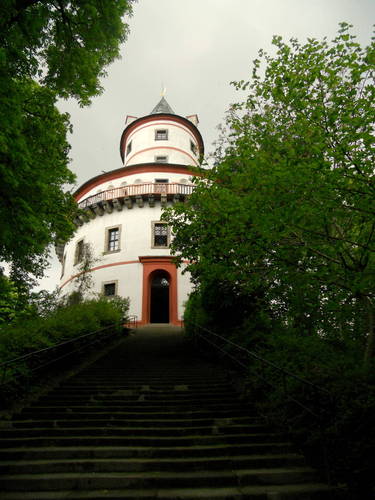 You will get on the second floor by 59 steps, as the guide said. By the entrance to the terrace there is a thick book where tourists write their messages. Somebody wrote there a note pointing out to bad shape of the terrace, however, other visitor praise Humprecht and they look forward to going there again. 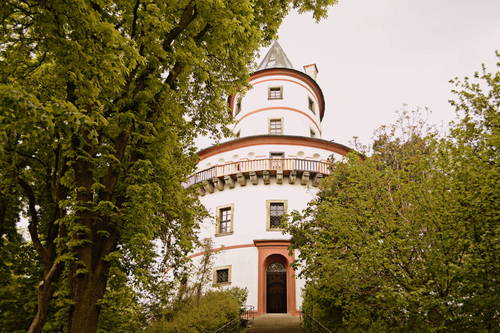 We had visited the terrace also and considered it safe. Only we think some people could suffer dizziness for its height level. To navigate in local landscape you need a guide or at least a map, but if you are lucky and weather is good you may see even distant Krkonose Mountains, Jested, Ralsko, Luz, Bezdez and many places. There is also, of course, a nice view over Sobotka or Vesec, a fairytale village we have also visited recently.