Magic houses with their frontal facades of different colours and omnipresent arcades, typical

Nevertheless, who would like to make some visions, he would try to compose some famous „Večerníček Figures“ into real buildings. This would be valid for children as well as for adults. Řáholec, the forest in the environs, where Rumcajs with Manka lived, his wife and Cipísek, his son, is existing. You can find it on passenger zone, not far from the square.

Inside smoked pub (inn) boasting of the same name as Rumcajs home, would be always open for public, this family would never live. Apart of this, such place would be unacceptable even for deer, the antlers of which were ideal place for linen drying. 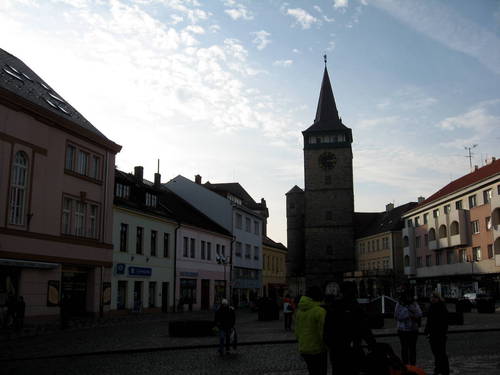 But Valdice Gate, including its gallery, has really its fairy-tale character. The castle has the same character, no doubt. Nevertheless, inside, you can find static and quiet museum collections, instead of excited Prince, who gave battle with Rumcajs all the time. Anyway, museum visit would be worth to be done, you would not be disappointed. Local artistic school is situated close to the museum, where young artists-pupils learn to play various musical instruments. To tell the truth, their presence makes from sterile museum milieu more joyful experience.

Jičín for Many Forms

Jičín Castle was founded in 1608 and has several courtyards. Inside one of them, you can admire gun and gilotine imitation, popular, first of all, among children. Keeping their small musical instrument (violine) in their hands, they trifle with rope, thinking that they would stay there to play and not to visit their music lecture. 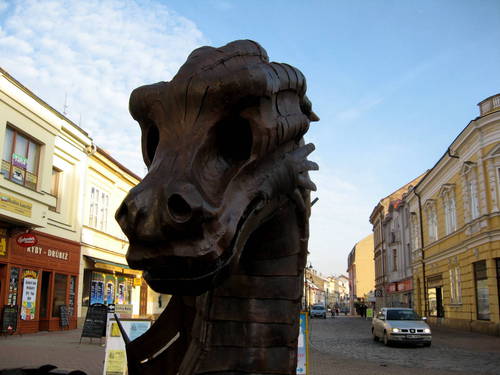 Anyway, the opinions regarding beautiful places of Jičín could be different. Somebody says that Jičín belongs to very nice and pleasant town, whereas anybody else would prefer another town.

„Jičín is rather industrial town, isn´t it?“  On the other hand many natives from Jičín are forced to look for their job in Prague, where they can find more lucrative employment, for sure. These persons keep Jičín in their mind with a smile in their faces, mentioning always as this town has its fairy-tale atmosphere.

On the other hand, an ordinary day presents a fact that local people live there with satisfaction. Tourist movement is the activity number one during summer months.

Prachovské Rocks in the environs influence a lot the life in the town. Local people look after their town with respect. Another tourist attractivity, the Giant Mountains, are not too distant, and a journey to Prague taken one hour only.

Tourist movement is increasing in the Czech Republic. So, local town halls started to take care of the appearance of city centre´s and the administrators finally understood a fact that tourists bring them money. So, the Czechs leave their weekend stay in village and mountain houses and start to be interested in visiting attractive localities, according to advice, received from newspapers, radio or TV. They travel and spend their money, requiring corresponding service on top level. After 40 years of ignorance, the Czechs are aware of a fact what standard could be. 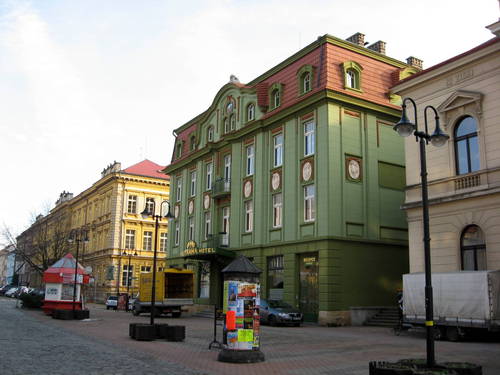 On the other hand, „thirsty tourists“ form a contribution for hotel and restaurant owners.

They do their best, in order to meet their requirements. They understood what the competition could bring and started better to be good at business.

Will Jičín be successful?

On passenger zone, just close to local theatre building, hotel with green frontal facade is to be found. The proprietor saw our camera and welcome us to enter. He presented us historical space with enthusiasm, which brought to high standard level, after many years of hard work.

This man is convicted about that Jičín will become soon an attractive locality.

Maybe, he is right. He would get some acknowledgment for a fact that he managed to change this house-ruin of historical but not too nominal value, to actual level. 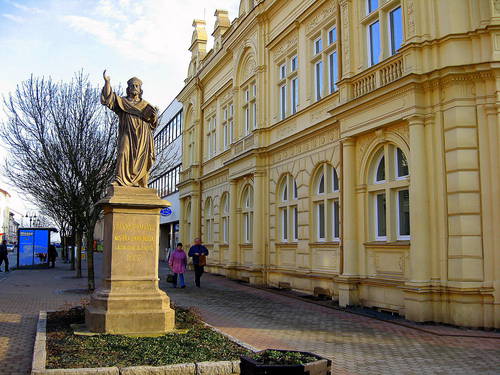 Some Facts about Jičín History

Except Rumcajs, Manka and Cipísek – the figures who belong to the town´s history,

Jičín has its stories older and much more important.

So, somewhere in hilly country, the Celtics, Slaves and Slavníks were settled.

The name of Jičín comes probably from time period when the town was in possession of Queen Jitka. In past, Jičín was fortificated with ramparts. Even now, you can find some parts of fortification here. Valdice Gate forms its most important part, including some old houses.

Ancient ramparts could be also found in castle garden. 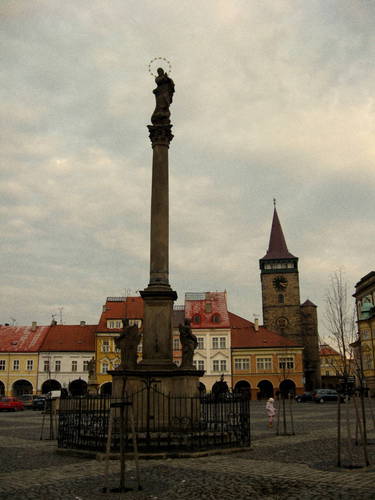 Published: 6.5.2011
Let's make an excursion in Hradec Králové Region, to the localities where Karel Jaromír Erben, poet and writer, placed the scenes of his works!

Published: 1.4.2011
Libníkovice is a small community in Hradec Králové Region, where you have the possibility to enjoy all beauties of Polabí plainland.

Nova Paka - city with almost ten thousand inhabitants, what is lying at the foot of the Giant Mou...