A vast compound of Smirice Castle is not in good condition. However, it looks quite well if you take a look from the DU PONT factory, which specializes in production of citrus pectin and employs 113 people. The Chapel of Apparition of Our Lord outshines the unkempt huge castle. The chapel is maintained and a wing linked to it was recently renovated. But all that glitters is not gold. 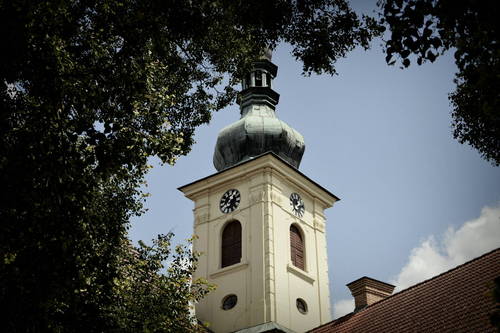 People assign the authorship either to famous builder Santini or Christopher Dientzenhofer. According to experts, this national landmark has features typical for both and thus they never agreed on who planned it. Due to fires that stroke the castle’s compound there is no evidence which would solve this question. However, many think it was Jan Blazej Santini; it is due to the fact that this Prague based Italian became famous in  Bohemia. A similar chapel as that in Smirice, is located in Dolni Brezany near Prague. Others support the authorship of Christopher Dientzenhofer, a “baroque magician”.

For a long time the Smiricky’s family was blamed for their atheism. There was no church and even cemetery in the town. To calm public resentment they put a corner stone of the famous Smirice church in 1699. 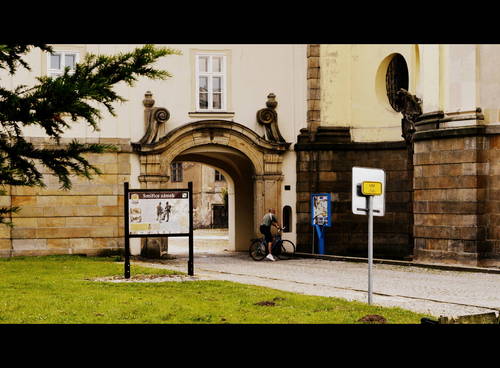 Those who don’t know anything about sacral buildings would hardly appreciate features hidden in the church in Smirice. One of them is its altar that is directed to east instead of north. This was usual in Pagan temples. The then owner of the castle, Maria Tereza Violanta of Stenberg, was, however, zealous catholic. Her parents initiated construction of the church and they died when she was only one year old.

Her great uncle Vaclav Vojtech of Stenberg watched over the construction fo the church and the pope himself liked the building and as a proof of his favor he sent a painting of Madona. Inside, you may see only a replica of the painting for the original is hidden in a depository. There is also great acoustic inside the chapel, it attracts visitors to its Music Holidays of Smirice festival . 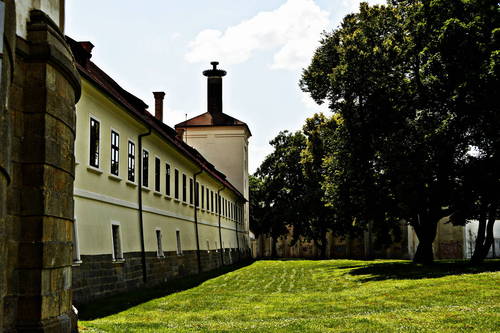 The Castle as a State Farm, Brewery or Chemical Plant

Now, lets talk about the castle itself. There is a yellow-green signboard saying State Castle near the entrance of rear wing. Perhaps this sign caused the condition of the whole compound for earlier there was a brewery and later also a chemical plant. In renowned wing, today there is a library and several town officials. The rest of the castle is still decaying. 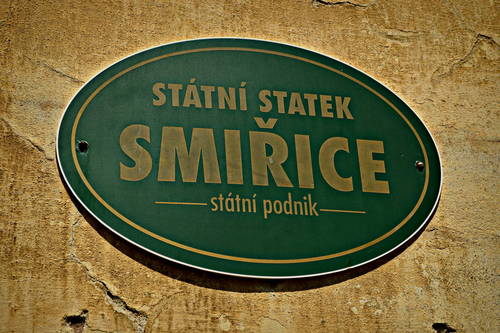 You may look inside via open windows and see castle chambers that communism changed to bad taste social facilities. Everything that used to be imposing is today waiting for rescue – vast courtyards, gates and fallen arches. However, despite its poor condition, it is worth visiting this castle and its compounds.

There used to be a castle built in the 14th century surrounded with a moat, which was later rebuilt into a renaissance castle and then to a baroque castle. Also a train station is worth visiting in Smirice; in 2007, it received the Best Czech Train Station Award.

Reason why see Smirice, a town with mere 3 thousand people, is the chapel of Zjeveni Pane ve Smir...