Published: 26.7.2007
The community of Kladská is situated 5 kms approx. of Lariánské Lázně, founded in 1875 by Otto Frederick Schonburg-Waldenburg, former owner of dominion.

Kladská is built mostly of carpented buildings of Swiss mountain style with small hunting castle. The outside housing decoration are mostly formed with hunting topics and with hunting troph

ies. There is a marvellous walk around the whole small village along instructive paths through arranged park, where you find many sorts of decorative woods.

In 1933, there was declared here National Preserved Reservation Kladské Rašeliny (Kladská Peatbogs), divided into five parts, named taiga. It is to be found a copse similar to plough-tail, and rare sorts of birds are nesting here – such as black stork and grouse deaf.

You can take a refreshment direct in local restaurants in a community or find an accommodation in a hotel on spot. 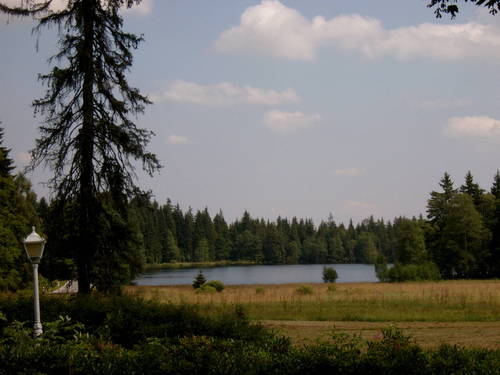