The town is a centre of Karlovy Vary Region and the greatest spa town of the Czech Republic at the same time. This spa city is placed not far from localities of Sokolov, Mariánské Lázně and Františkovy Lázně, in an altitude of 447 metres above sea level. This locality was founded by King Charles IV in 14th century.

The legend says that the Emperor let the community built after ocassional discovering of thermal springs, made by his hunting suite. Consequently, the spa became very popular. However, several nature disasters prevented a preservation of original buildings, so that most of monuments come of 18th and 19th centuries, when the town went through abundance time period. So, this era is characterized with buildings of F. Fellner and H.Helmer, Viennese architects. No doubt, to most popular buildings belong so called Hot Spring Colonnade, made from cast-steel (including Vaclav, Libuše and Rusalka springs, Emperor´s  Baths, City Theatre, Castle Colonnade (including Castle spring), Mlýnska Colonnade (including Mlýnský spring) and finally, Public Gardens Colonnade (including Snake spring). The introduction of railway connection in 1870 brought great income of visitors. So, Karlovy Vary became most popular spa town of Europe. From most important visitors as well as famous personalities from numbers of musicians, literary men or poets, who enriched the town´s history, let´s mention, for instance: Johann Wolfgang von Goethe, (German poet), Peter the Great (Russian Tzar), Johann Gottlieb Fichte (German philosopher), Heinrich Heine (German poet), the Empress Elisabeth of Austria, or Izzet Pasha from Constantinople and Prince Camil Hussain from Cairo. Each year, the survey of famous guests is added with another names. 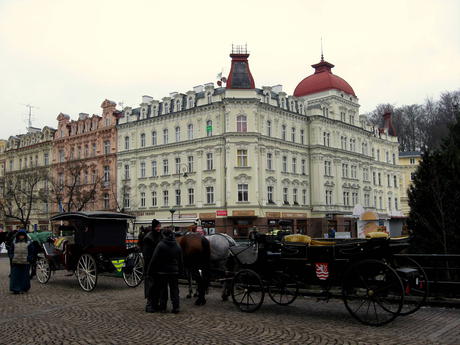 medical treatment (therapy) contains many recovering procedures. Many sorts of  examined thermal baths or drinking cures, as well as new modern methods, such as kryo-therapy, floating, laser-therapy, etc. belong to most used healing forms. From many spa-buildings or hotel equipments, let´s mention, for instance, the following:

Elizabeth Baths (1906): got its name after a wife of Austrian Emperor Franz Joseph. This building, including a complex of swimming and relax basins, is situated in a park of French style. Proved drinking cures, hot spring baths or peat-bog wrapping are being used there. This rehabilitation centre of Elizabeth baths is superior to its experted level and top quality of services.

Grandhotel Pupp - belongs to most prestigious hotel of the Czech Republic. The hotel complex is situated close to Hot Spring Colonnade and Vítězslav Nezval Theatre Building. It is regularly seat of International Film Festival and other social events. The hotel offers its clients relax as well as healing centre, Roman Baths and Harfa (Harp) Spa Clinic.

Hotel Richmond - is a building, placed in English park. Its atmosphere is very pleasant, equipped with balneology centre. The characteristic restaurant and caffee offer their clients valuable relax stay in nice millieu.

Medical treatment is always developping an improving. The cures help especially the patients, suffering, first of all, from diseases of digestive organs and indispositions of moving apparatus. 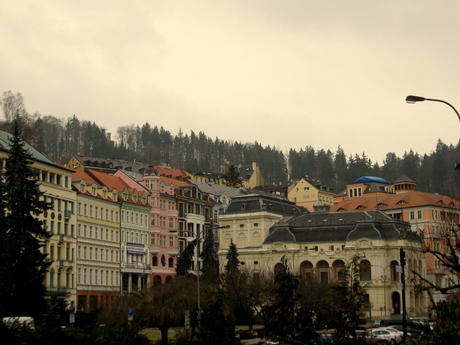 Even sporting activities are very popular in Karlovy Vary, thanks to balneology and tourist activities development. So, since the end of 19the century, horse races were taken place there, and shortly afterthat, in 1904, the golf play-ground (as the first one in the Czech Republic) was open for public, followed by lawn-tennis area, with six courts. At present golf playgrounds as well as lawn tennis cours are to be found around all Karlovy Vary Region. Balneology way of life was characteristic, just since romantism time period, with long walks along forest paths, where small  arbours, banks, relax places or gloriettes were constructed. So, Diana Look Out Tower offers you unique outlook around environs. 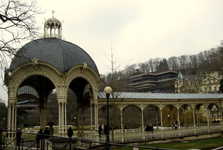 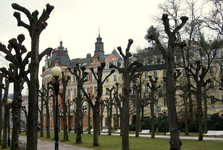 The visit of such world-known town is unforgettable without enjoying of all sences, by testing of Becherovka, herb liquor, manufactured since 1807, or traditional spa wafers. It is also worth to visit the exhibition, describing the tradition and history of Moser glass-factory or Thun porcellain (china) factory.

CZ: Nejdek - A Town In The Heart Of Iron Ore Mountains

Published: 18.3.2011
The town of Nejdek is situated in west part of the Czech Republic, Karlovy Vary Region, at the border with Germany.