This town has 16 000 inhabitants approx., and, thanks to new built industrial zone, it is developing successively. Town-dominante (the town is named as a Gate to Krušné hory – Iron Mountains) is a castle with a museum of Bohemian China (Porcelain).

First written notice about Klášterec comes of 1352. Benedictine Order of Postoloprty founded here a monastery, and so the community got its name. On break of 15th and 16th century, there was founded, near to the river, servitude town with estate farm. This was, in second part of 16th century, rebuilt to two-wing Renaissance chateau

with English garden and Baroque church of Holy Trinity. Since 16th century, till the end of 19th century, Thun Parentage became most important owner of Klášterec chateau. However, the town suffered from disasters (big fires), so, the town was reconstructed many times, and within 30-years period, the castle was devasteted by Swedish troops. Its renovation was made by C. Lurago, however, its Neo-classical face was not preserved up to now. The castle was, after big fire in 1856, re-newed in Neo-Gothic style. So, many small towers, battlements and also main tower was constructed in similar way. In 1794, there was founded

the second oldest factory for production of china (porcelain) in Bohemia. Its main initiative man was Maxmilian Weber. The factory works till now, its products are known under Thun brand.

At present, the castle is open for public all year round. In two guided tours, you can admire the collections of Bohemian, Chinese, Japanese as well as Central European China (porcelain).

summer-house with terrace and arcade-corridor. Further, there is also very attractive Thun-tomb, several churches and even main square with town hall which undergone completely reconstruction. So, all this part can be proud of its face of 19th century.

The persons, who prefer entertainment and making acquaintance with local nature beauties, so, for these there is available modern aquapark at north edge of town. You can also visit Kyselka area containing two mineral springs and rehabilitation centre.

In town and environs, you find a lot of marked tourist and cycling trails, leading us mostly into Iron - Ore Mountains. 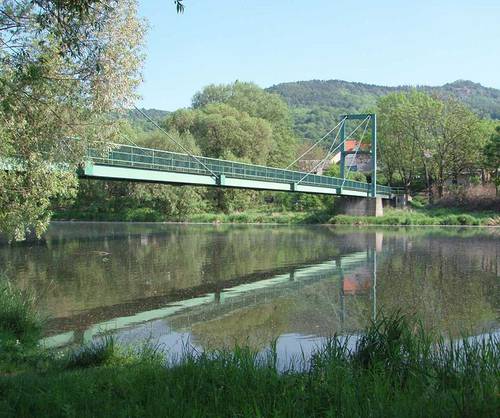