The inhabitants of village Bezděz seem to understand what means expression - tourism. Many of Years they live under the backdrop of ancient ruins Bezděz and so they use to live with the guests who come to their place of residence to see the traces of gray but still white dominated Bezděz.

About how local people understand the word business, predicate already parking, the first point of all motorized tourists. The village bet in the ignorance of tourists and tactically blocked main driveway, but which can still continue to arrive by car and much closer to the castle. Most rookies leave the car right here and just few people think that a little higher is cheaper and because of that empty one car park. 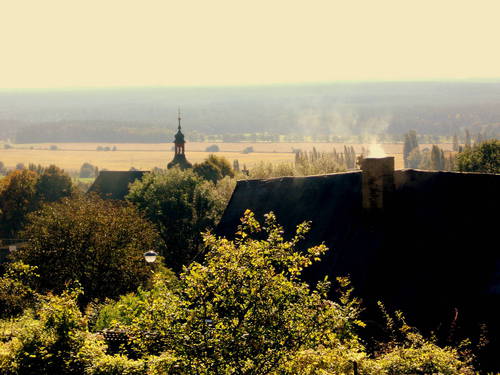 From the car park, which has grown improvised on the lawn beside the road, will be added to the municipal treasury, at least hopefully that is where, fifty crowns from each car. In the price you bought a parking space, and information that in there for that amount, there can be necessary to doomsday and you will find out too, that up to the castle are two kilometres far.

Autumn in and under the castle

But it's nice short walk. It is one of the last summer days and that is why the man, where is actually located and how many left in the parking. By lazy walk up leave spoil himself by looking at the ruins towering on the hill, listening to the murmur of trees whose leaves had already decided to change into fall colours and enjoy the last warm rays of the sun.

Around the castle Bezděz are a lot of foreigners - mostly Germans and Dutch. For them is a holiday in the Czech Republic cheap entertainment. Owners of smaller guest houses and restaurants in the Mácha region couldn´t support themselves without the knowledge of German. 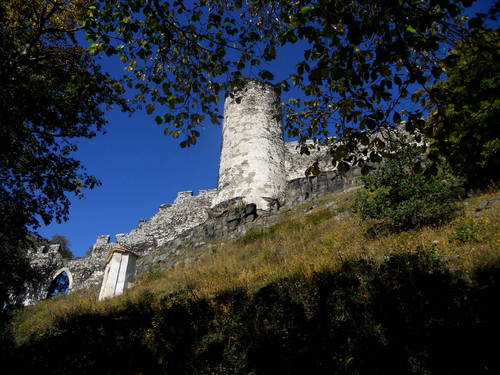 Station of the cross to the castle lines repaired chapels. The higher one rises, the more difficult is the path. The stones slip under the feet, so that people hold each other when someone of them happened to pass under the foot. Just a short walk from the main gates to the offers interesting and quite entertaining show, which can be interleaved overlooking through the trees to the nearby Macha lake and the surrounding countryside.

Everyone, who have something to do with castles and palaces, were happy about earnings. This year's extremely warm autumn helped to fill them by people till the last day of the season. Even here on Bezděz is still the first weekend in October doing the tour. Only stalls are already somewhat empty and before the winter is no one to add them anymore. 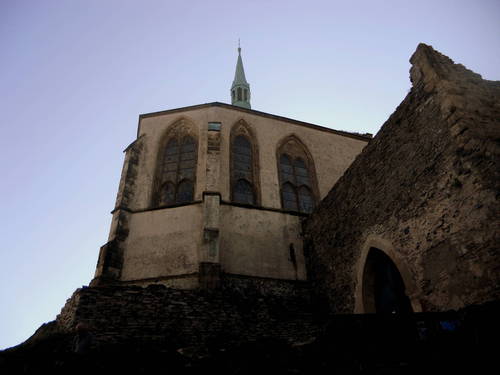 Bezdez is one of the most interesting Czech historical monuments. As one of the few castles stayed preserve their original Gothic appearance. For his works there inspired greats artists such as Karel Hynek Mácha, who has a rock in their plaque, and Bedřich Smetana, who dedicated his work Bezděz aptly titled The Secret. With the mysteries is a ruin connecting, which is by the people renamed as "Castle of Kings", from time immemorial associated. Early Gothic castle Bezděz left sometime around 1270 Premysl Otakar II. 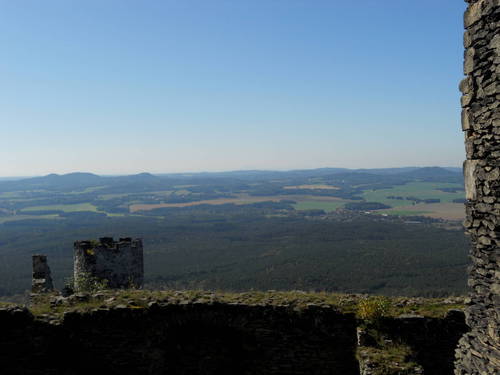 Published: 2.7.2013
Krasna Lipa – the meaning of these words (Beautiful Linden) seems to predetermine a character of the city, which calls itself the center of Ceske Svycarsko.

Published: 28.1.2011
Small community of Ždírec is situated among fields and mixed forests. You can find it in Česká Lípa district, not far from the towns of Doksy and Mladá Boleslav, in an altitude of 370 metres above sea level.