On the top of Bezděz was probably everyone. But how many tourists is visiting the nearby ruins of Jestřebí, oldest castle throughout the region, it can hardly be estimated. For tickets or even for parking you don’t have to pay. According to local, which lives in the same village about eight hundred, but it is such an abundance of tourists.

If you go to Jestřebí by train, from the station you will have about three kilometers. If you decide take a car you can park directly below the castle and up to the castle you have just a few minutes. Jestřebí but can be an ideal stop for bikers. As the main destination of trip you would by probably disappointed, so if you are not passionate lovers of history. The breathtaking view of the monstrous fortress with battlements straight forget. The original castle is preserved only about a quarter.

Rather than the castle itself is probably the first to look up in the belfry of cemetery, which was then part of the original parish church in the village called Krušina. If you're lucky and you hit with time in hours, from a Gothic tower with fixed core and a new yellow facade is an ancient bell rings, which let shells Jakub Černín of Chudenice. 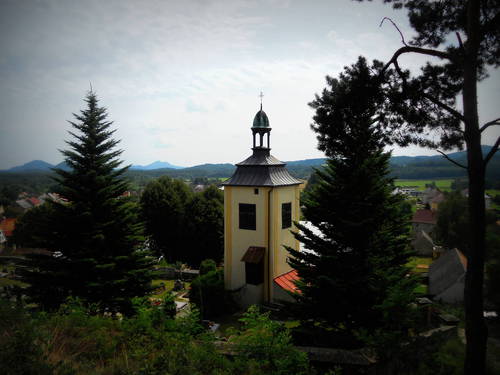 Scent of pine trees and sandstone belongs to Machovo region. Also Jestřebí castle once stood on a sandstone rock, which seemed suddenly grown in open country. The base of the castle was then but in the second half of the 13th century when the castle lords in Dube founded by all, much bigger. Also on Jestřebí there have been several owners, the latest of which was probably Christopher of Wartenberg. Since 1547, the castle is Jestřebí registred as abandoned. 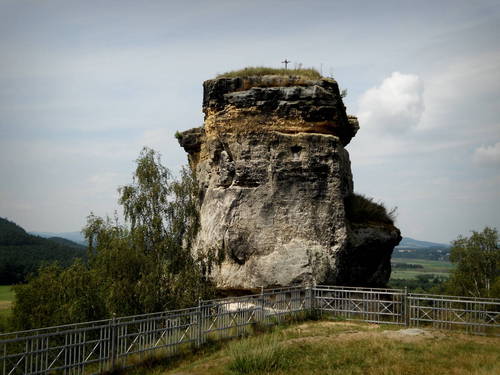 To sandstone, which is still naturaly scrolling, to the rapid destruction helped mainly people who have it in the 18th century shearing off the that it could then build. Imbalances of the massive burden still remains on the wall itself known again three years ago, when a piece of sandstone boulders broke loose and almost fell on several houses in the town of. This event scared all the local people.

After any necessary adjustments a visit of the ruins should be castle safe. It is freely accessible, but in bad weather, after all, better locks. On the top of open grass-covered prospect to get a round tower in the rock - the former castle well kept by the slender and relatively steep wooden steps. Then, just view the Macha region from the wider part of the original castle, the narrower one and higher is not accessible. 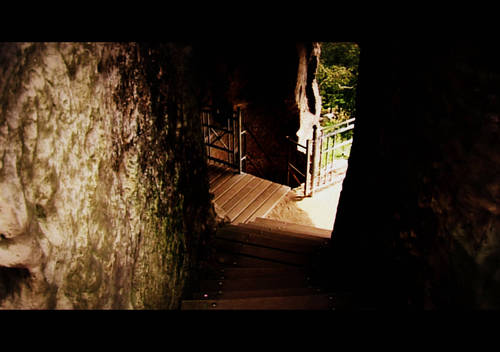 It's about a month, what was the area between Jestřebí, Provodín and Staré Splavy was declared as a national natural monument Jestřebí moor. Peat bogs and wetlands in the floodplain of Robeč creek is an ideal living conditions for the very rare plants and animals. Elsewhere in the world can you find such unique Czech orchid, Czech carnivorous Pinguicula or endangered Siberian popelivka, which according to experts in the country grew already during the Ice Age.

Published: 25.3.2011
Let's visit Liberec, one of most industrial centres of the Czech Republic!