You might feel as you are travelling on a boat while crossing region around Liberec. You will go up and down valleys and see new views. If you like biking you soon, before the first snow, you would have muscles hard like a stone. Then you just change bike tracks for many of cross-country skiing tracks in Liberecko. And how is the air there? Pure fairy tale.

We Osečná, a small point on the map where he lives just over a thousand people stopped even in hot summer. The more we were surprised by how many people did the same. After all, nothing quite so compelling as to be or a castle, the place is not. A yet. On the benches around the Marian column in the square as pigeons are sitting on the ledge of tourists - walking and bikers. 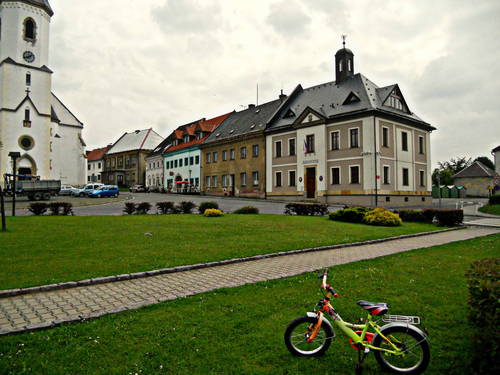 It is this place exudes is something special and also special is that although at first glance it looks quite ordinary. Is not that the fact that every time he will contest the village, will not leave empty-handed, but rather the nature in which it is planted, and also its rich history.

Following their footsteps, you can take are - if your passion old mills, because they were on the Osecna straight six. Engines for six technical constructions at the Ploucnice River, which flows through Osecna. In addition Ploucnice it's also a series of ponds that Osečná, divided into several parts, decorate. Jenisovsky mill strong>, Ferkle’s mill strong>, Prosche’s mill strong>, Kocvar’s mill strong> today and two unnamed but numbered 45 and descriptive 59 Instead of the last named is now a gas station, so do not be alarmed. Some of them, at least in part, retain their original appearance. Mill wheel is unfortunately not one survived. Nevertheless, a walk in Osecna associated with searching for old mills is a almost fairy tale experience. 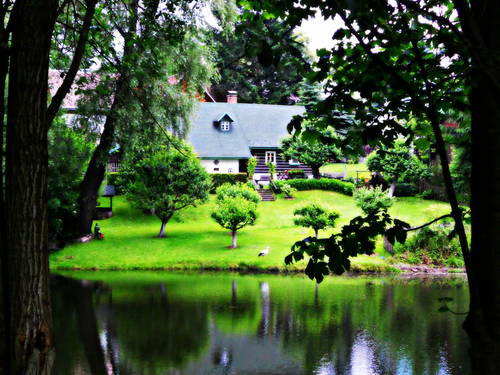 Another monument that is worth mentioning is St Vitus church on the square. True, it is not as beautiful as St. Vitus in Prague, but still it is beautiful building. Its white facade shines far to the region, it has many interesting features - like organ, which the then parish priest Josef Richter received from Prince Rohan . Coat of arms of the House of Rohan hangs above the main portal of the church.

Lot of things, the most important to the life of the city, of course also revolves around the town hall building, which is just opposite the church. In 1825 the municipality bought from a widow a place where a building that burned down stood. The town then built the city hall there. Coat of arms of Osecna was created thanks to public donations, like the National Theatre . 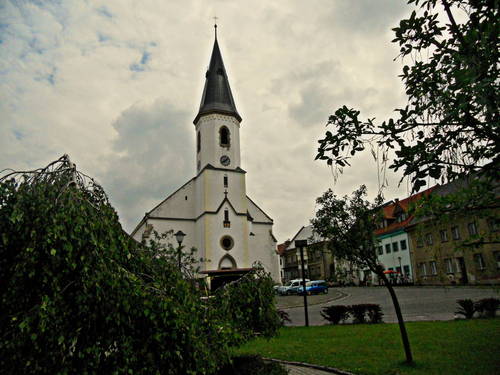 But it is above all the surrounding nature that attracts people for its diversity. There are more than thirty tips for trips from Osecna. The best ones you may find at infocenter By the Dragon on St. Vitus Square. Along with the upcoming winter season, you might bait, when we'll reveal that in the wintering area is mouflon or bats, or one of the richest springs in Central Europe. These include the Ploucnice River, which is due to the fact navigable throughout the year.

Bělohrad Spa - small, but the more interesting town situated in the foothills of the Giant Mounta...