Published: 2.3.2010
The town of Desná (Jizerské Mountains), ensnared with its famous and sad past, is known (similarly as Prague) as the Heart of Europe.

Desná, mountain town, is inhabitated with 3500 thousands of people. Till 19th century, the community was a part of neighbouring place of Albrechtice. In 1884, the first funeral was effected there, and six years later, local persons could visit their own church. Old-catholic church is placed on a top of the hill, bordered with a path. The bells strike respectably and patiently each hour. Nevertheless, the building needs substantial reconstruction, indeed. Despite of this, its historical value gives us an answer in this actual form. 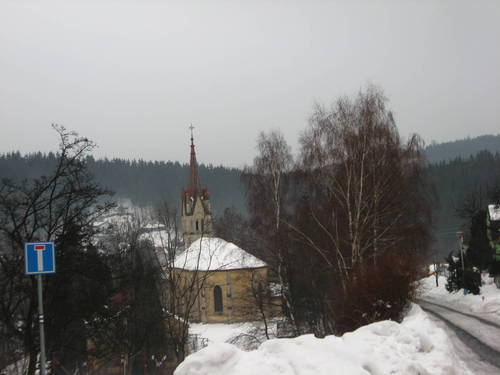 The persons who had the intention to visit the mass, found priest´s message: „Today´s Saint Mass will be organized in parsonage. All are welcome!“ The message was placed on a chair, in front of a church, on a path, fully covered with snow.

Not far from here, close to dwelling houses and bus stop, there is to be found another church, much more preserved as previous one. Its facade is new, but any message is missing. It is quite special contrast that the Old-Catholic church, nearly in ruins, as well as all bad buildings around, give testimony regarding town´s history. This second Roman-catholic church comes of 1903. 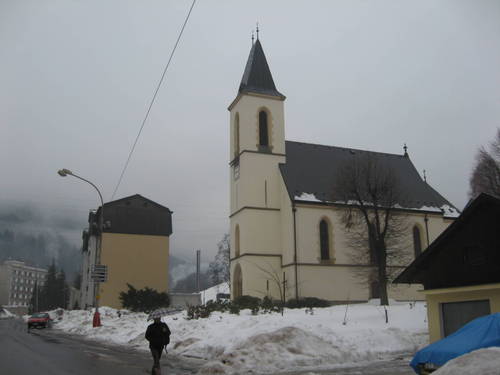 From the church directly to „the end of the world“…

The way, leading through valley, bordered with carpentered houses, can be reached to „the end of the world“. Behind lodging house, which is presentig to you rather depressively in dense fog, you can come to a place, where, till 1916, a dam was situating. Local people built it as a protection against high waters. However, after one year of operation, its pier was broken through, the inundation demolished one hundred houses at least, and killed many people around the way. At that time, the messages regarding this tragedy which happened on Bílá Desná. River, appeared on first pages in newspapers. So, at present, you can finde there the tower of letting out gallery and a lot of stones. The fog and falling snow finish the idea regarding horror, which accompanied this disaster at that time. 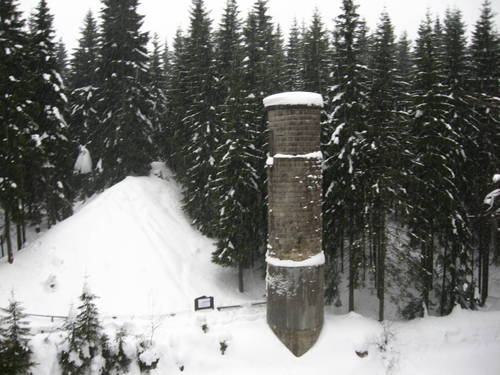 Riedl Villa – a place which could not be missed

From a road, close to railway bridge (viaduct) you can see something unusual. Is it a castle? No, a villa only. Joseph Riedl, former chef of glass factory, let it constructed for his wife. He came to Desná in 1854 and deserved well, in full measure, of prime of local foundry industry. From the beginning, he lived together with glass-workers. Anyway, his rich bride wished more luxury accommodation. So, she got, what she required. The villa, where the couple lived, will be admired by visitors for many coming years in the future. At present, the building is functioning as a museum and tourist information centre. 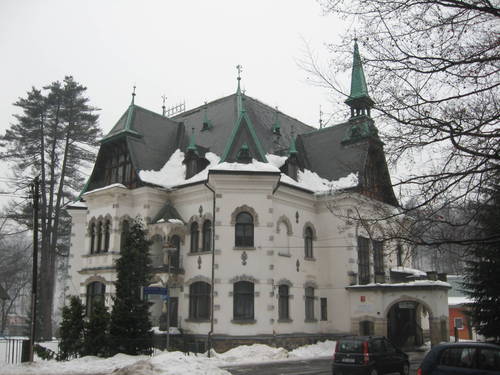 Nevertheles, some traditions are relating to Desná and Jizerské Mountains in general. One of them is, for instance this one, maintained honestly by all brides. So, they did not worked within all the day of their wedding. Provided they could broke this rule, they would be forced to work all the time till their death! The bridegroom was obliged to tear to pieces their veil.