Anyway, the change came after the 2nd World War, when it was decided, as an expression of support for agricultural production, to construct great chemical factory Duslo, Ltd., directly inside community cadastre.

This fact led not only to output rise of agricultural production but also to increased number of population, construction of flats and buildings and the community was enlarged when the village of Veča was joined to the complex. To tell the truth, now, when mentioning Šala, we can imagine the name of Duslo factory only, the biggest producer of nitrogen fertilizers in Slovakia.

Nevertheless, this town, situated in south-west part of Slovak Republic, spreaded along both banks of low section of Váh -river, would be deserved well of a fact that you could be informed more in detail, regarding local places of interest.

Šala plain area belongs to most warm and dry areas of Slovakia, so, the agricultural production has really its long tradition. Danube plainland is also characterized as Slovak Corn-loft. Šala is situated inside Žitný ostrov, protected water-economical area, and Váh-river, flowing through, fullfills not only its water-economical but also its relax tasks.

Some details from history

The first written notice about the community (its historical name is Terra Wag) comes of 1002. Just in 11th century, the village was quite important from historical point of view, and the community became consequently handicrafts´ centre of the whole neighbourhood. In the course of 19th century, within scope of Nitra County, Šala became a district seat  and administrative centre at the same time. In 1850, the locality was joined to railway line Budapest - Bratislava - Vienna. Later, within 1960-1996, the town belonged, from administrative point of view, to Galanta district, and at present, the area forms part of Nitra Administrative Region.

So, the town of Šala is administrative, economical-transport as well as service centre of regional importance, offering to their inhabitants and visitors all basic functions and services, which are to be expected from such type of town. 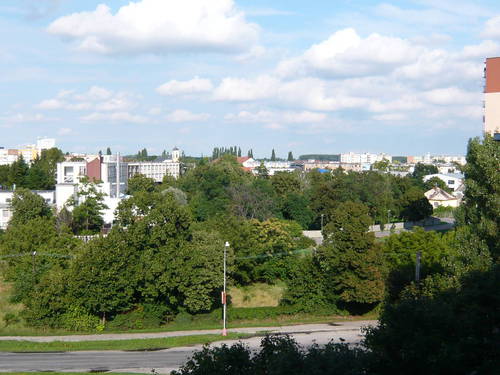 Šala is ready to offer many monuments for lovers of history. You can admire, for instance, small

castle of Renaissance style (kaštiel). Originally, this building was water castle. It is true copy of Thurza Palace, placed in Velká Bytča. It is also worth to be mentioned St. Margarethe of Antiochia Church. It is a construction of Neo-classic style, constructed during 1828-1837, or Roman-Catholic Church of late Baroque style in the community of Veča, together with Neo-Gothic chapel of 19th century, situated in the neighbourhood. So called Farmers´ House of 1730 is an another attraction for visitors, declared as National Cultural Monument. Šala could be proud on several interesting statues, some of them are of  church character. Let´s mention St. Trinity group of statues, or statues of St. Florian, St. John Nepomuk or St. Wenceslas. 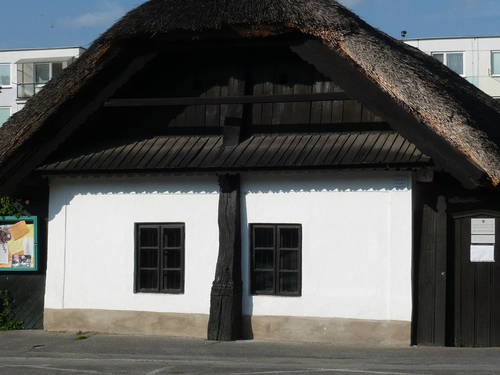 The places of interest in the environs

Šala is placed inside geo-thermal area. At present, only some from many geo-thermal borings are being used in Šala, Diakovce or Vlčany. Anyway, its best use is being prepared. So, the town gets enormous potential, first of all, within scope of their use for tourist movement. Thermal swimming pool in Diakovce is only 3 kilometres distant from Šala. It is the oldest one in the region and belongs also to greatest and most equipped complexes of tourist movement of the area. Not far from the town, close to the community of Králová nad Váhom,

the Váh-river was bared, and water reservoir Králová was established. The dam is approx. 2 kilometres wide and nearly 12 kilometres long. In summer, the locality is popular with lovers of water sports and fishermen. Except standard summer sports, bathing or beach plays, you can follow there enthusiastic persons, occupying with festivities, such as, for instance: yachting, windsurfing or water skiing. Šala is full of several cycling routes. Some of them are suitable not only for experienced cyclists but also for families with children or relax cyclists, as Šala is placed in plain terrain.