Published: 9.8.2007
The town of Olomouc belongs to important towns of Czech Republic. You find here a lot of architectonical monuments.

Historic nucleus of town as well as preserved reservation are the second biggest after Prague, moreover, preserved Plague Column of Holy Trinity is registered in a survey of UNESCO. The tradition of university town, together with an important cultural, spirit and industrial centre of Moravia is added with an offer of sports and relax activities at present.

Standard expositions: Geology and Mineralogy, Zoology, Primaveral Age of Olomouc Region, Olomouc in previous centuries, from Timepiece to Clocks and Watches, etc. Museum is settled since 1951 in late Baroque buildimg of former

monastery of  St.Clara Order, rebuilt in second half of 18th century.

The town hall has 75 m of height and is placed in city centre.

It is an outstanding dominante of a town, placed on so called Michael Hill, constructed as first cupola building in Moravia, it is a work of architect G.P.Tencalla. It was built according to plans of Dominican Order. In 2007 there will be 300 years from its termination and consecration.

This chapel is situated on place of former town´s jail and torture-chamber. The last tortured prisoner was just St.John Sarkander in 1620. In subterrain there is preserved torture-instrument from that town – a rack. Pope John Paul II consecrated  this Saint in Olomouc in 1995.

The first archepiscopal museum in Czech Republic, open from June 2006 in spaces of National Cultural Monument Castle of Olomouc. This place has a rich  history: it was a seat of Moravian Přemysl parentage (since 1034), here was murdered King Wenceslas III., (1306) W. A. Mozart stayed here (1767). This museum presents big choice of preserved art and spirit wealth arisen in Moravia during thousand years.

Drama, ballet, opera, musical and fairytales – this is the unique theatre with three stable artistic groups in Olomouc Region. It presents 13 opening performances each year, with daily performances. The theatre is an organizer of International Festival – Theatre Flora. 50% reduction is valid for an adult, the ticket for a child costs CZK 20,-. 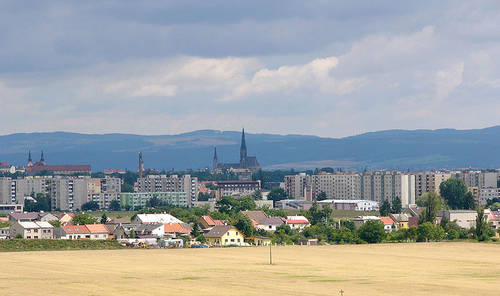 Do You Know That? The Moravian Best I.

Published: 9.10.2011
In the next sequel we will explore some of Moravian the BEST. Do you know which is the oldest Moravian town? Where is the oldest bridge, or the tallest building?

Do You Know, That? The Greatest Veteran-Car Museum

Published: 12.12.2010
We shall have a look, after visiting heavy technics and rude countryside, sightseeings and unique museums of the Czech Republic, again at technical places of interest. Maybe, the women could protest against such specification. However, our original plan, to describe something about Toys' Museum, fell through on opening time period, as this institution is open for public during summer months only.