Chrudim has nearly any mistake. It is true that the city could be rather tedious, situated in Chrudim Basin, at the border with Železné hory (Iron Hills). The undulated counryside accompanies you on each step, downstair, towards Chrudimka-river, to Karel Pippich Theatre, and ahead, to dwelling quarters, or in opposite direction, to Josef Ressel Square and to another fascinating Chrudim monuments.

Chrudim: is is tedious or hectic town?

This fact is unchanged even here, despite the fact that Chrudim is a district town, where justice court building and another important institutions are to be found, and where nearly 25 thousands of persons are living. It is a city where the time is measured by tower clock of Town Hall decorated in orange-white colour shades. To tell the truth, the time in Chrudim us passing according to your wish, especially during hot summer day. This city is living according to its rhytm, and a person, coming there from a capital, could name this rhytm as a comfortable rate of the life. On the other hand, local people take their town for dynamic one, despite a fact that a big number of vehicles is passing through. In general, Chrudim is nice locality for living. 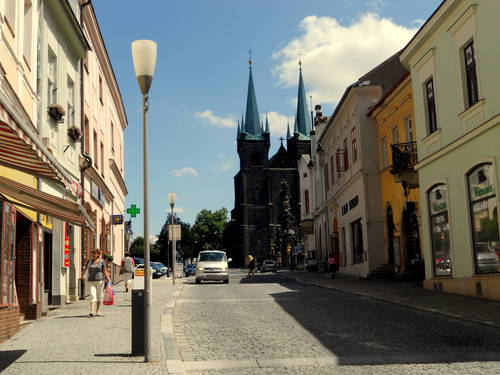 Virgin Mary Assumption Church, situated on Josef Ressel Square, is characteristic town´s dominanta. It is gigantic dark building with two sharp pointed Gothic towers, protruding high above other buildings. It is not clear, when the church was exactly finished. The experts are of the opinion that it could be in 1340, so, it is a reason to believe them. In the city, together eight churches are to be found. So, the exact day of construction looses a little an importance, at least for us, standard people.

On the other hand, the details, regarding construction of old Town Hall, are more available. The building is also located on Josef Ressel Square. So, the beginnings of its existence come to the first half of 15th century. It is evident that each rebuilding, where the decisions about town´s future are done, were put carefully into chronicles. So, the first fundamental reconstruction which united the square with neighbouring Fortenska Street, was effected in 1560, followed by second one in 1760. At that time, the building got its facade of Baroque style, and was decorated with sculptors of Iustitia and Caritas, thirty years later. In past, when Chrudim Town Hall served as prison, torture-chamber, archives or police station, the tower clock appeared on its facade. 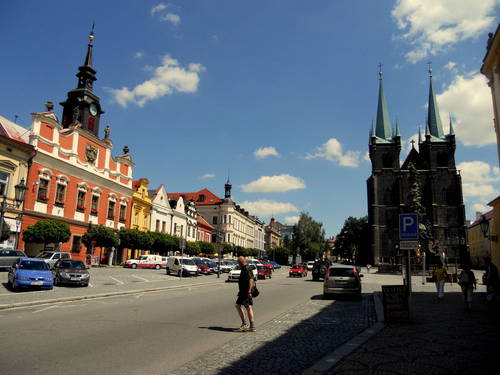 Chrudim is rich on monuments which are worth to be seen there. So, a tour around all churches could take nearly six hours. The next day takes a sightseeing of reminding monuments, i.e. bastions and fortifications, situated in north-east section of the city, ostentatious house „Na puši“, „Mydlář House“ (Soap-Maker House), Museum Houses or former Tannery Mill. So, everything is so well organized, Chrudim is not in a hurry, and if it is so, it is hardly to follow all tasks in time. From this reason, it would be worth to spend a weekend in Chrudim. 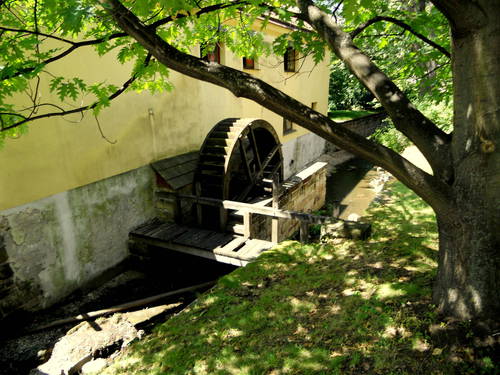 Josef Ressel belongs to one of most important Chrudim natives. It was an inventor, writer and also a forester. He became famous especially through the invention of ship screw. He was born in Chrudim but later, he studied in Vienna and effected his inventions in Trieste. His heritage which involves, except ship screw, also pipe-line post or a compass, could be dedicated to several countries. It is a fact that Mr. Ressel was born in Bohemia but his ideas could be developped abroad. So, it is difficult to say, which country could be thankful for his inventions. In any case, Josef Ressel became an important person in our history. He was a Bohemian (Czech), and just a compass could be an object, which lead him away from his native country.

Chrudim - pleasant and very rich city for its memories, which lies about 110 km from Prague and 1...