If you are not interested in detailed history, you have no need to spend a weekend in this town. But a walk throughout this oldest historical town-nucleus of Pardubice Region will worth to be done, for sure, despite the fact that most of buildings, interesting from historical point of view, disappeared, as a consequence of numerous renovation works.

Credit Bank instead of the Castle

Towers and small towers which acted from far distance as castle towers (they are attractive as a magnet for people) are presented later as the highest points of Town Credit Bank. This building with its orange-red - white colour shade is beyond comparison of another Přelouč buildings. Its decoration on the walls is reminding sgraffitos technics. But, to tell the truth, fatiguing engraving into rough-casting stratta was substituted by standard colours.

From Old Civic Credit Bank, constructed in Neo-Renaissance style, built practically recently, (in 1900) was made a pub (inn) with a garden. At creaky banks, below chestnut-trees, a group of local people are sitting, drinking their glass of beer, just since lunch-time. They are sitting inside dark interior, rancorously looking at all visitors and tourists. A couple of steps distant, you can find  a new Town Hall building as well as education school building for boys and girls. 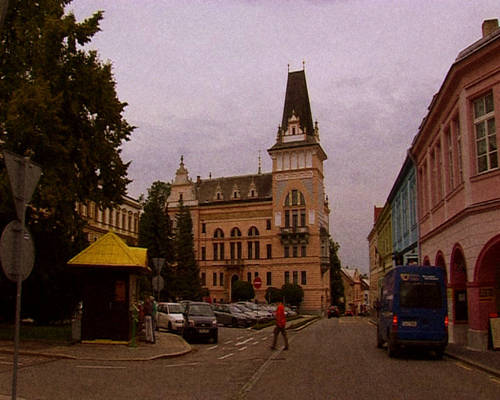 Anyway, old chemistry (at present, a seat of local police station) is much more interesting as those building, attractive from the first view, reminding a castle from far distance. So, this inconspicious house on the square, with its yellow facade, is situated close to St. James Parish Church Nevertheless, this historical  house does not feel as an attractive building, so, hardly anybody could valuate it.

On the other hand, the church cannot be overlooked. It is consecrated to St. James. Written documents mention this construction just since 14th century. According to the experts, the church was located there in the past, when Přelouč did not have town´s status. Today´s face of the church was obtained in 1884, during time period, when the town could enjoy its business boom. 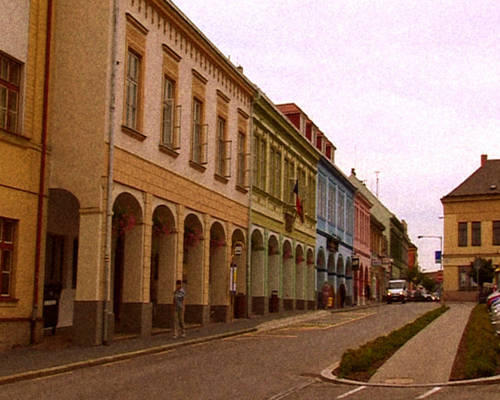 Přelouč is situated on very important connection line between Prague and Pardubice, Kutná Hora and Hradec Králové. Since 1923 till 1950, chocolate factory EGO worked in the town. But, this sweet factory was later replaced by TESLA Přelouč factory.

Just within 16th century, some sort of town´s water-conduit was in operation, which brought the water from the mill on Labe-river up to the square , and from there, towards two breweries, located there, and back to the town´s fountain. At the same time period, Stephen Angel of Ronovec, let to built a bridge across Labe-river.

Town near Pardubice this year celebrates 750 years of its establishing. In Přelouč which is lying...