The most Czechs live in this western corner of country speak German very well. Close to today already imaginary boundary is to the nearest town to our western neighbours Waldmünchen only 25 kilometres. Also, tourism is mainly dependent on the Germans, for whom a trip to Domažlice means interesting and very inexpensive adventure. Whether it is the rate of the euro against the Czech crown may be, always it will benefit those who belong to the eurozone. For answers to questions why the square in Domažlice shout many drunk Germans and how that menu prefers the German version of the English, but sometimes, unfortunately, most Czech and then do not go away. 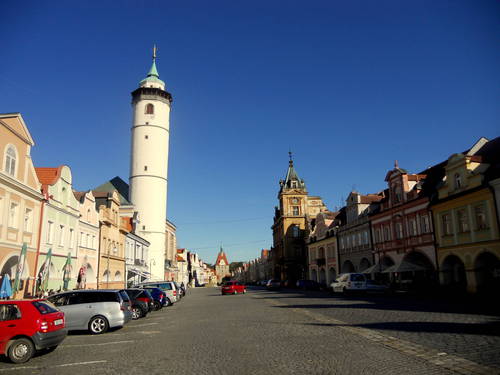 In Domažlice with German language

Same as Domažlice pubs, as the local square is full of Germans. For the group, which with guide just went out of the city the highest round tower church archdeacon, private "Beer Fest" apparently still waiting. They are older and thus more than a renowned Czech beer came to gain some knowledge about the history of this Chod city. By looking at the snow-white pole with a very original shape many visitors Domažlice can´t shake the feeling that somehow stands sideways. But the local people know very well but that it is not delusion, but rather the fact that the tower, which dominates the city from its axis is tilted by more than half a meter. Even so, it offers a perfect and we can assure you that a safe view. It is 56 meters high. 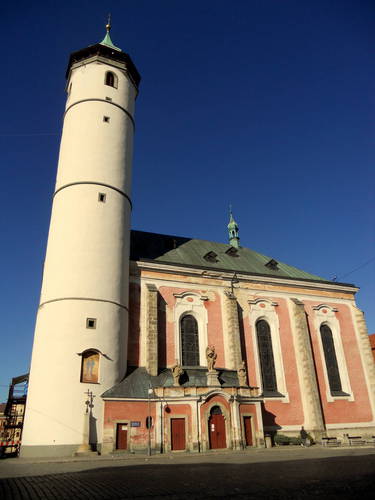 Another, but absolutely straight tower, hides just off the square and is part of an ancient castle of Chod, which today serves as a Chod museum. Who would possibly want to get under the skin of the eye hard Chod people then it is in the museum at the right place. It is there to view a detailed history of not only Domažlice, but also the Chod. And you might be surprised how many famous people grew up, or at least formed in Domažlice.

One of them is Alois Jirásek, tireless representative of the school required reading. Most of us know at least why the names of his works by heart, especially on the content and depth of his thoughts spun into sentences and really thick ties they can knowledgeably discuss mainly Chod people. And do it with love and passion. A few years spent in Domažlice also one of the greatest Czechs Božena Němcová, a writer whose name raises similar emotions as a persona Alois Jirasek. When she was twenty five years old came to Domažlice with her parents, in 1845. They lived there two years. Jaroslav Vrchlický The last year of his life spent in Domažlice too. In Domažlice ethnographer he worked as a teacher and composer Jindřich Jindřich, whose name carries another Domažlice museum. 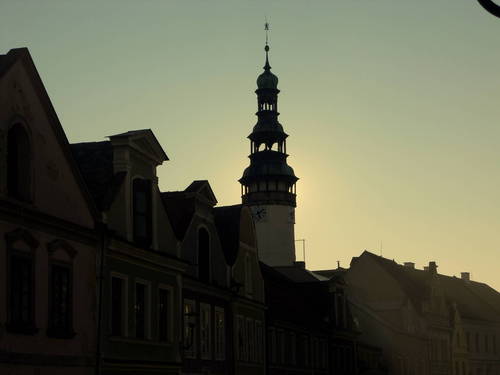 The first written mention about Domažlice, centre of Chod region and culture, are known back to the 10th century. The original settlement promoted to the city by Přemysl Otakar II. was later, in 1623, surrounded by walls, so that could effectively prevent the invasion of Bavaria. Up to the 19th century, and some walls torn down the gates, deep trenches and buried the city limits so they can move a little more from the city centre. During World War II were part of Domazlice Protectorate of Bohemia and Moravia, as most people were Czechs.