Spiš Castle belongs to one of most extensive castle ruins of Central Europe. During its

construction, the attention was drawn, first of all, to powerful circular protective and inhabitated Donjon tower at the same time. However, this tower collapsed shortly after its origin, obviously owing to its tectonical shiftings in basement. Nevertheless, the tower was substituted with new one, erec

Castle acropolis and palace in Romanesque style were constructed inside powerful fortification. This was a work of local Spiš Provost. He was so interested in this castle that he promised a King, that he would look after it. As a reward, the King granted him a privilege to live there. So, castle chapel was established in its central part, which served district administrator as well as Provost.

Although the castle resisted Tartar invasion in 1241, the fortification was more strenghtened. The building works were effected by North-Italian masters. Later, they partecipated also on construction of Spišská Kapitula. So, great courtyard was finished within 14th century. Low barbican was limited with fortification wall, two inhabitated towers and entrance tower. 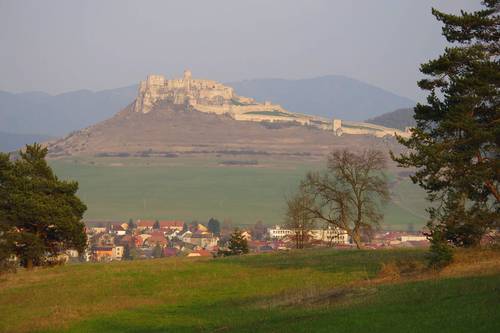 In the second half of 15th century, Zapolsky Parentage, new castle owners, decided to realize the change of upper part of the castle for aristocracy seat. They added to the castle new buildings and a chapel in the courtyard. Next owners - Thurzo and Csaky Parentages - effected subsequently next and next changes, so that their requests, regarding aristocracy

residence, could be fullfilled. They built in addition always new constructions, and tried to unify the architecture, and also the function of older buildings was changed. These changes were related Romanesque palace first of all, where the armoury was placed.

However, at the end of 18th century, the owners left the castle, as the building did not satisfy their wishes. Later, after big fire, the castle became a source of building material for last owners of Csaky Parentage. These aristocrats transferred their activities for the construction of numerous chateaux in the environs. Tourist season of Spiš Castle starts regularly each year in May and lasts till October. Castle spaces are open for public daily, since 9,00 h up to 19,00 h, last entrance is allowed at 18,00 h. 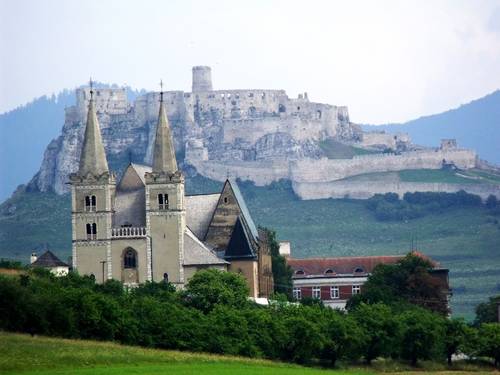 Do You Know, That? Slovak Extrems I.

Published: 17.10.2010
During today's walk, following the extrems and uniques, we visit Slovakia. This country is very rich in several world's specialities, such as of nature, geographical, historical or cultural character. Is Prague really a centre of Europe? And what about Spiš Castle, the greatest one in Slovakia?