On the other hand, the other fame in negative sense of the word, helped, first of all, (within scope of former Czechoslovakia), to military prison, located close to Sabinov railway station. This institution frightened all men, who were obliged to participate basic military service (this fact is over, good luck!). At present, the building serves as civil jail for punishment with minimal stage of guard.

The town of Sabinov is situated in East Slovakia, Prešov Region, along banks of Torysa-river, with a population of 12 and half thousands of persons. This quiet small town is distant only 18 kms from regional town of Prešov. This locality has, no doubt, to offer their sightseeings to their potentional visitors. 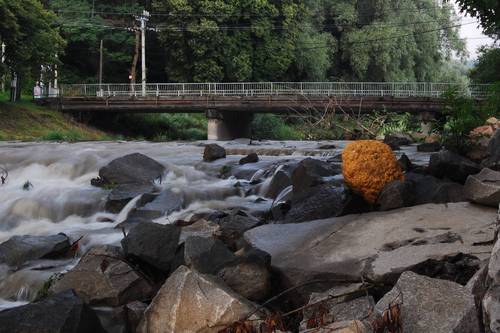 Someting from the History

The first written notice about Sabinov was preserved since 1248. At that time period, the locality was not a town but developped community only, the inhabitants of which were engaged mostly with agriculture and later with handy-crafts. As an important historical land-mark, this was 1299, when Sabinov, together with Prešov and Velky Šariš, obtained from Andrew III, Hungarian King, so called Spiš Laws, containing a right to elect a town mayor, court law, the exemption from taxes and many other rights. Nevertheless, since 1405, the town was declared as free King´s town, as a most important fact, and many other privilkeges were obtained. At the end of 15th century, the town became a member of Pentopolitana - an assotiation of five importan East Slovak towns, i.e. Košice, Prešov, Sabinov, Bardejov and Levoča. Later, within 16th-18th centuries, great bloom of the town begun, however, since 19th century, Sabinov changed to small province town, with weak developped industry. So, the town obtained never a fame which enjoyed within its best time period. After the 2nd World War, new industrial factories were constructed subsequently, the town´s administration was engaged also with solution of lodge question as well as with connection with the environs. So, Sabinov became a centre of  fruits and vegetables elaboration, milk, wood or metals´ working, but also of building industry. Thanks to developped education, health service or cultural or sporting activities, this small province town changed to moderfn centre with twelve tholusands of inhabitants. 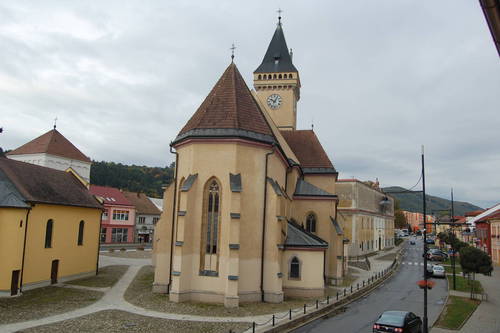 Now, Sabinov is very pleasant town, offering local inhabitants all basic functions and services of each town of middle stage level. You can find there elementary and grammar schools but also special elementary schooll and elementary scholl of arts. The policlinic as well as private health ambulance institutions give its assistance to the citizens. The life is concentrated

mainly in Culture and Social centre. In winter, open skating-place is available for sportsmen, and in summer, beautiful swimming pool (with warm-prepared water) is open for the public. As far as the boarding services are concerned, there are available plenty of bars and pubs, however, only one hotel and one accommodation lodge are available for guests. On the other hand, the visitors can stay in family lodges or hotels in near community of Drienica, popular locality for all lovers of active relax.

The town is surrounded with marvellous nature. You can find there several marked tourist trails, where there is no exception to meet forest animals, or to pick up a basket of tasty mushrooms. Not far from Sabinov, the community of Drienica is situated, where well-known ski resort is situated, popular not only among local but also among foreign skiers, especially from Poland. After a day, spent in free nature, you can enjoy a rest in a form of good massage or a relax in whirlpool. Provided you wish to have a swim, you find, not far from ski resort, covered swimming pool, open all year round. Just close to Sabinov, you can discover a ruin of Gothic Šariš Castle. The building is placed in north-west direction from neighbouring small town of Velký Šariš, on afforested volcanic hill, in an altitude of 570 metres above sea level. 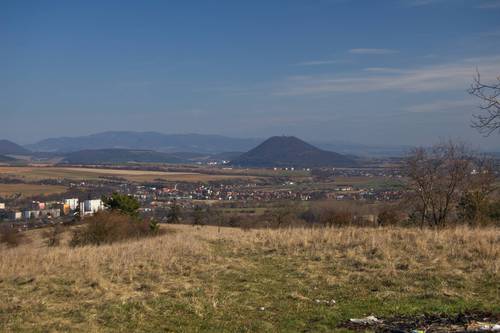