Bechyně belongs to oldest towns in Bohemia. First notice is mentioned in 993. This local dominion was in possession of Prague Bishops till 1268. In this period, King Přemysl Otakar II. bought the town and founded King´s castle here. The town was established later, by King Jan Lucembursky, in 1323.

Nevertheless, the most important owners were Sternberg Parentage, and Peter Vok of Rosenberg, later, in 16th century. At that time, the Gothic castle was changed to Renaissance chateau.

Bechyně castle is open for public. Local expositions presents mainly most important dominion owner - Peter Vok of Rosenberg. Monastery church of Virgin Mary was built in 1491. In its interiors, you find tombs of owners of Bechyně dominion. Local spa, the tradition of which comes to the middle of 17th century. Its specialisation is: healing and re-condition of moving organismus, with use of natural healing source, peat-bogs from neighbouring springs. 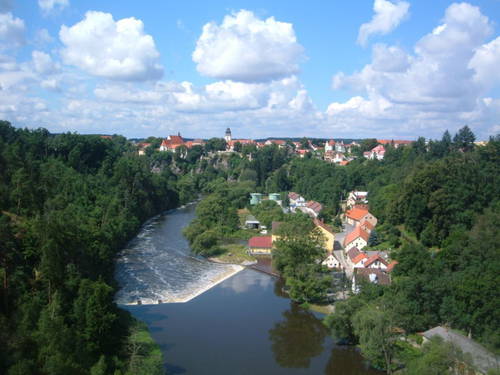