Originally a separate village Žabovřesky originated in an unspecified date in the Middle Ages and the first written statement referring to the relevant municipality comes only from the 1314th. In the 17th century, total of 26 farms with fields and vineyards was situated in the territory Žabovřesky, in the 18th century their number was almost double and in this period there lived about 300 inhabitants. 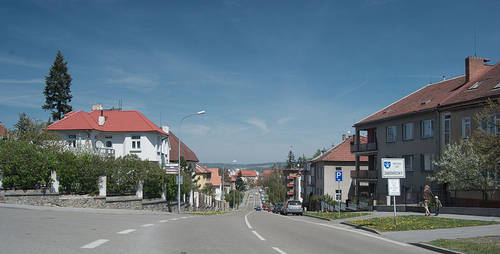 The part of Žabovřesky joined to Brno in 1850, when the social distribution of the population corresponded to the time of the developing industry. Most o

f people, who lived there were laborers, artisans and people engaged in professions other than those associated with agriculture. In 1919 when Žabovřesky fully joined to the Moravian metropolis, started a full construction of the first republic, which had left eg. a functionalist Dagmar children's home, which the proposal came from the studio of Bohuslav Fuchs, functionalist colony "New House", which has become unique in Europe, or Kounic student dormitory. Today Žabovřesky noticed a massive population growth, which consists of approximately 24 thousand people from urban areas is one of the largest in Brno. 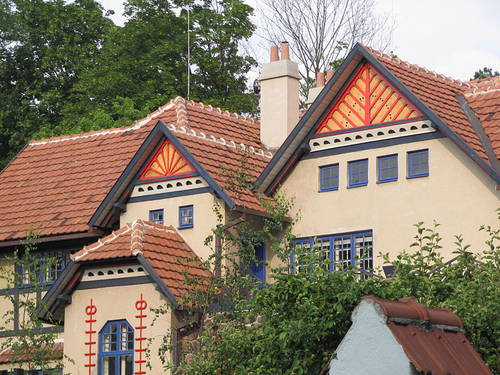 And what are Žabovřesky proud of?

Among the monuments, which are local pride is at first Jurkovic villa undoubtedly. The house,

built in 1906, is located at the foot of Wilson's forest and its importance lies in its art nouveau character, which makes it one of the most important buildings of this style in Brno. Villa designed Dušan Jurkovič, Slovak architect and ethnographer, who sold it in 1919. Then changed owners, and finally in 2006 came under the administration of the Moravian Gallery in Brno and at present, visitors can visit the permanent exhibition "Dušan Jurkovič - Architect and his house." Its nature, this exhibition follows a similar event that took place more than a hundred years ago, in 1906, and organized by Jurkovič himself. The exhibition was to introduce to people a modern way of living, and moreover, the creation of the architect.

Another architectural complex, worthy of admiration, are Kounic colleges. Originally they were owned by Robert Vaclav Kaunitz, patriot, who devoted himself to his house for the purpose of student accommodation and set up a fund that was supposed to finance the construction of additional tracks. The first students stayed here in 1923. But soon came the second World War and the Nazi occupation, the purpose of home changed since you started using the occupiers as a prison, which went through tens of thousands of people, and the gallows, where died about 800 people. After the Second World War there gradually emerged the exhibition serves as a reminder of horrific events that took place between the walls of the track. Moreover around the building was erected several monuments - the place where the gallows used to be, was placed a bronze relief Patriot, in park the Memorial victory over fascism. 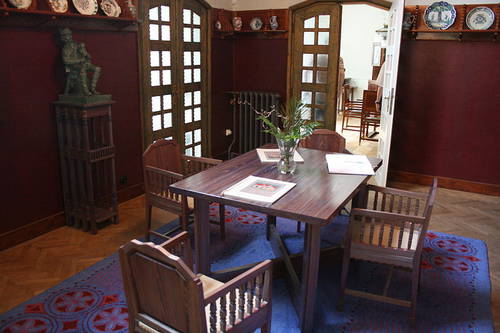 Dagmar Children's Home was established at the initiative of Rudolf Těsnohlídek Brno writer, known for its Little Vixen, who initiated a fundraising campaign. The year 1928 made it possible to start the construction of homes. Name got home by Danish Queen Dagmar, who was the daughter of King Přemysl Otakar I. In 2006 the house underwent extensive renovations.