Venus of Vestonice – small statue of a woman with slanted eyes and rounded shapes was found between the village of Pavlov and Dolni Vestonice in July 1925. Relatively new finding, made of clay and limestone, is the oldest example of unique Paleolithic art not only in Czech Republic but also in the world as well.

Karel Absolon, a well known caver and archaeologist, is allegedly the discoverer. Although, apparently at the time of the discovery of the site he was not present there. Venus of Vestonice, broken into two halves, was discovered in prehistoric fireplace. This finding is therefore rightly the main attraction of Vestonice, even though it is in the Moravian Land Museum in Brno. It became a part of the Anthropos collection. 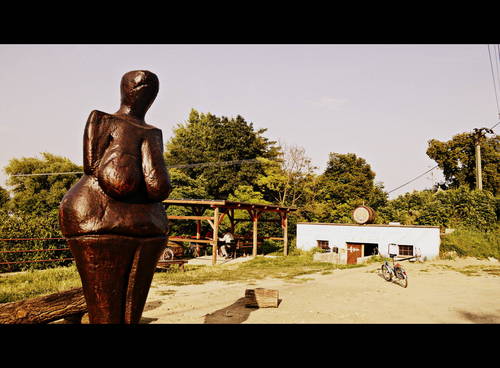 In Dolni Vestonice, you can find just a wooden and a much larger effigy of Venus of Vestonice. It is right next to the road near Klanica’s cellar with wine barrels. Gentlemen who sit and drink outside the cellar, are entertained by curiosity of passing tourists and having a good time.

Comparison to Venus of Vestonice, a lady with a giant pear-shaped background and breasts, would flatter only a few ladies today. Well, no women who would resemble Venus had appeared at Vestonice carnival or Habanske square, or Goose platz. 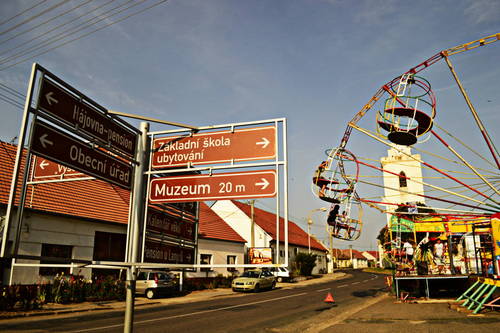 Carousels and wandering life for short overshadowed the charm of this little village. The archaeological exhibition in the town hall, where priceless prehistoric are exposed to rare prehistoric, therefore, remained for the time without much interest to tourists. Likewise, the statue of St John of Nepomuk or sculpture of the Virgin Mary or Renaissance home with arches remain for a few days in the shadow of the chain carousel and other attractions. 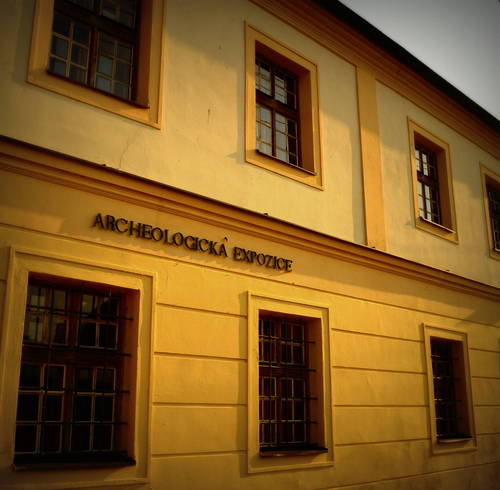 White church of Archangel Michael with its high tower seems as it stands guard above Vestonice. The only things which still livs the life of their own are wine cellars lining Cellar street. 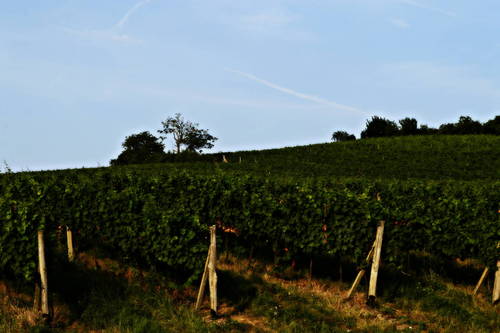