Mikulov, a baroque chateau, is simply hardly to oversee. Everyone visiting Mikulov considers it obligatory to see the chateau. It is absolutely crammed in the summer. The chateau garden gives you a perfect view over the city. The access there is free. That’s why is is visited by a great number of people.

The chateau garden is one of the largest garden compounds belonging to castle or chateau in the Czech Republic. Its beauty and uniqueness is stressed by rocky terrain due to which terraces had to be made. It was built at the turn of the 16th century. It was a masterpiece of castle gardening until the end of the second world war. Then a large fire destroyed it as well as the castle. During the renovation the garden was used mostly to storage construction material. Not until the 1980s was the garden renovated, it began as the incentive of Zdenek Nova, native of valtice. After a long renovation it was opened in 2002 on the Day of the Museum. Today, the chateau garden is open to the public again. It is a place for meetings, rest and many social and cultural events. 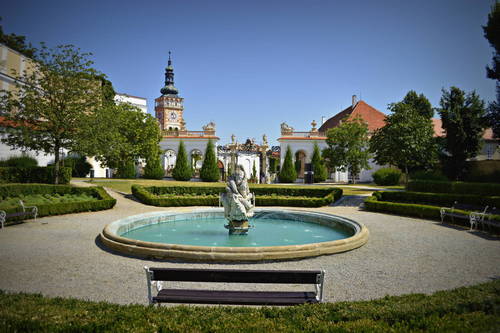 A Large Barrel for Taxes

Those who want to find shelter from hot Palavina air can see refuge at the castle. There are many interesting things to see. Speaking of Mikulov and the chateau, we have to mention „the Large Barrel “, one of the oldest items of wine-growing collection. A Renaissance barrel of gigantic proportions was made in 1643 at the order of Prince Maxmilian of Dietrichstein, the then owner of the chateau. 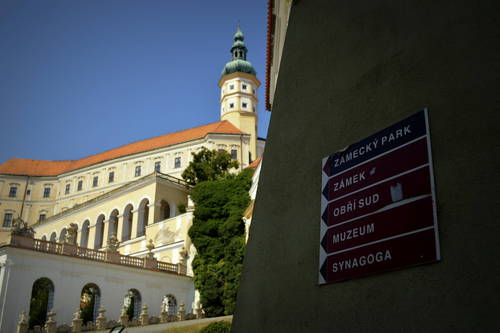 If someone think that he made the barrel just because he wanted, he is wrong. The prince had clear idea what he wants to do with it – he collected taxes from people he rented his vineyards to. The tenants used to pay in natural goods such as wine or must, i.e. they gave him a tenth of their crops. Th so called tithe had various form. In Moravia it was one bucke, i.e. 6é litres of wine. The barrel was then used to purely promotional purposes. Inb the course of 16th and 17th centuries it was modern to own such a barrel. The one in Mikulov can contain up to 101 thousand litres of wine. It is the eight largest in Europe and the second oldest. 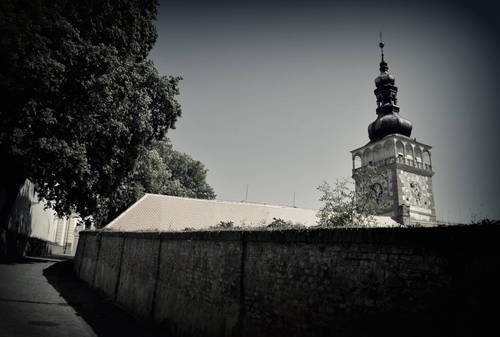 The barrel is with no doubt the largesr rarity. You can, however, learn a lot about wine-growing tradition in Mikulov by visiting some exhibitions. For instance, Traditional Wine-Growing in Moravia will take the visitor to the time when wine-growing in Moravia was just in its beginning. You will learn how a wine-cut is rightly done, also you will learn about a tool they use to do this, a wine knife . The gallery of old and new wine presses. The collection has nine items and three torsos. Another point of view on the same topic, i.e. wine, is Wine Across Centuries ,. It is located in the chateau stables, Romanic cellar, Gothic chaple, Renaissance labyrinth or a Baroque theatre. 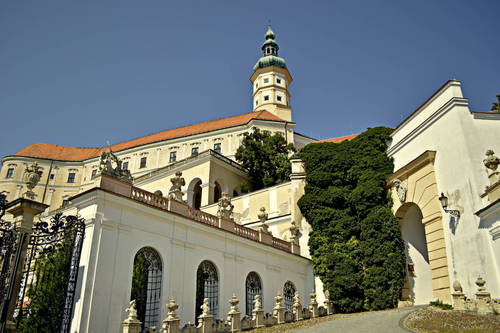 Those interested in chateau classics, i.e. how the chateau looked, how it was decorated, who had weddings there or who ate there, will enjoy Mikulov. Dietrichstein Gallery is dedicated to the house related to the chateau. A very interesting sight is newly renovated burial dress of Marketa Frantiska Lobkowicz, born Dietrichstein. It is a dress from the 17th century, a very raere in Europe today. 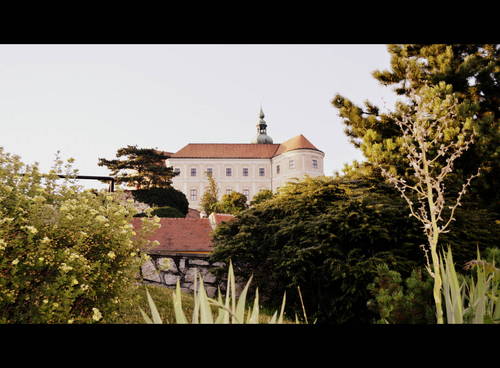 Romans and Germans in the area below Palava is another interesting exhibition at Mikulov chateau. The exhibit focuses mostly on archeological findings. It is located in cellars and in 2008 it was awarded as the best. Also, the chateau library is worth visiting. It is the only part of the chateau that was not hit by the fire of 1945, it remained almost the same as in the 18th century.

Lednice is a community with two and half thousands of inhabitants, well-known, first of all, with...