Valtice is all architectural gems nicely together. From the square at the lock simply passed through the gate, which is located wine in the castle gate , the newest of the castle’s wine cellars. Visitors have at Valtice Chateau a lot more options during wine tasting. Delight in the delicious sparkling wine may also in the Wine Salon of the Czech Republic, located directly under the main castle building, in the castle cellar or wine shop Vinom Bonum. 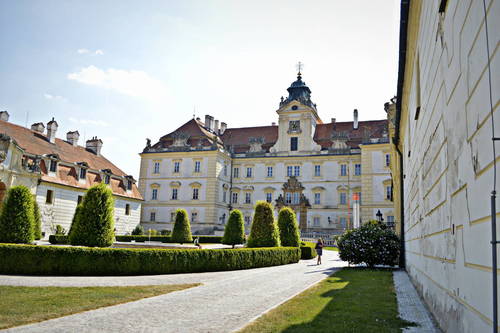 It does not matter if it is castle season, or the tourism is dead as they say at the Valtice Castle, the seat of the Lichtenstein family, it still lives. Recently received awards castle cafe, in March in the castle grounds will take. It is only a year since a rare painting has been exposed at Valtice Chateau - a copy of the work Patera Paula Rubense called Allegory of War . Rare replica but originated in the same period and, as it seems, in the same workshop. The original was part of the Liechtenstein collections in Velke Losiny. Although it is a copy, its value is several million Czech crowns and probably with no doubt the image had returned to the right place. 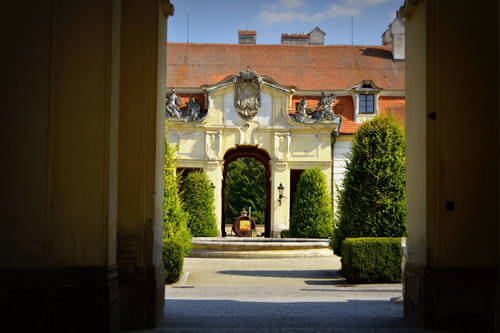 Chateau Valtice is connected to the rest of the city through the court of honor and plaza surrounded by farm buildings or even riding school. Originally the castle was rebuilt in Baroque and later Renaissance castle. In addition to accommodation and weddings management, especially new knowledge and approach to history. You just have to breathe the air of Palava, close your eyes and drift into fantasy, imagining what it must have been when Valtice hosted jousting tournaments, or weddings of rich brides, when there went a boarderline between Moravia and Austria. This castle was rebuilt many times and you may recognize in what atmosphere the last of the Lichtenstein abandoned their ancestral seat. 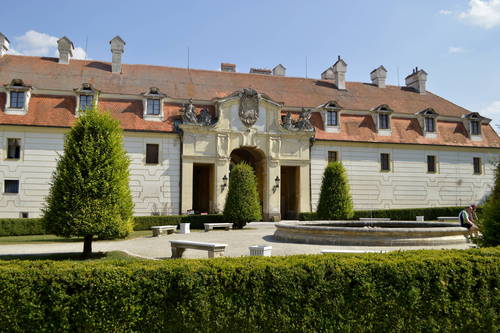 For centuries the Liechtenstein family had administered Valtice. They built, brought there art, remodeled, and renovated the place. By 1920 the castle belonged to Lower Austria. Since the Saint-Germain treaty, to Czechoslovakia. Leaving aside the period before the First Republic and older a major turning point in Valtice Chateau occurred during the Second World War. What the owners did not manage to outsource it was looted in those times. The original furniture, rare tapestries and other valuables disappeared. At that time, the castle was "demoted" to the women's labor camp or drying hops. The idea to use the castle as a factory fortunately was not realized. 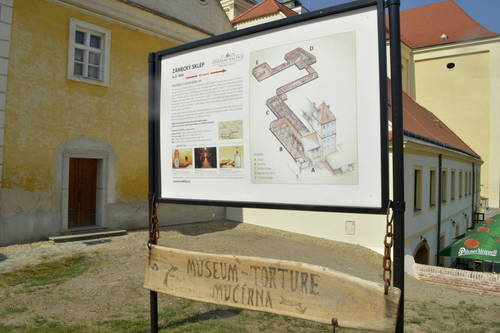 Today Valtice offers several tours – the tour of the princes, the imperial tour. Wine degustation, Wine saloon sightseeing, and a degustation. A visit at Valtice chateau can also be followed by walking or cycling. Visitors can go on a hunting chateau Rendez - vous, to Tiree Chmelar Herb gardens, take a walk in colonnade Reistna or chapel of St. Hubert. In the castle grounds, people can play tennis. Leashed dogs are allowed there.

Lednice is a community with two and half thousands of inhabitants, well-known, first of all, with...