The Pink Garden is worth stopping by. It is a part of Decinsky Castle built in the 17th century at the orders of Fridrich Thun, a famous lover of everything beautiful. The garden was built as a part of rebuilding the chateau into the baroque style. The year was 1883, when gardener Frantisek Josst fulfilled the wish of his master and planted two thousand kinds of roses. It was the peak of the fame of the Pink Garden.

The Long Ride will lead visitors to the Pink Garden, it is an European uniqueness. Those who peak through a small gate have to enter. This rule applies to everybody. The combination of Baroque, beauty and smell of blossoms easily enchants anyone. It costs only 15 crowns and one can enjoy the art of Baroque builders, unusual views of Decin and nature of Bohemian-Saxon Switzerland. Moms with little kids like to walk there as well as anyone who like beauty and who likes gardens. 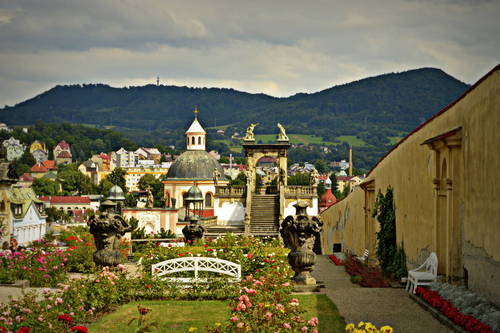 Soldiers were no good gardeners

Unfortunately, despite a flooding for blossoms of various colors it is clearly visible that the garden is not in a very best state. It hasn’t been always in the center of concerns of its owners. Mostly soldiers, who lived at the chateau, during the war, were not particularly good gardeners, especially after the second world war. Right in that time the Pink Garden experienced its worst. It did not resemble a fairytale zone of free time it rather resembles Sleeping Beauty and a fight of her prince with perils in the garden. In the 1950s and 1960s the garden was renovated as well as there were some works several years ago. 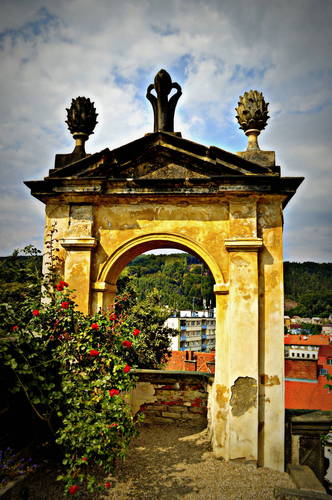 Disticnt features of the Pink Garden is a sala terrena (an open building in the garden) . In the building there are preserved frescoes from 1678 and a gloriet located on the edge of the rock. Just like the Long Ride, the gloriet is decorated with the statues of fighters. The terrace has several women statues on it, among them Flora, Ceres, Venus and Pomona whose power is a feeling of self-confidence and power. A part of the gloriet is a hidden corridor that leads from the chateau to the Church of Holy Cross. 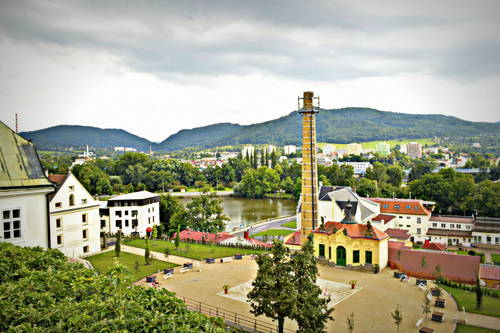 Some call Decin a gate to North Bohemia. Last year, this city became known mostly due to the floods. One hardly notices remaining of the last year great water. Almost anyone, who watched it last June, know Decin as the last destination of the great wave running across Bohemia.

We have to mention floods also in connection with the Pink Garden. This architectonic marvel is located on a rock. So it seems that it is not jeopardized by water. But it seems that water violated the rock which is now slowly descending.