Few chateaus are considered a natural part of the municipal or urban development. Lock Great March, yes. On one side it neighbors with ordinary family houses, on the other side there is a railroad track separating it from the surrounding landscape. Neither of the main gates is obvious. The only thing that a visitor apparently can easily notice is the inscription "State Chateau Velke Brezno " with the Czech lion that has not the traditional crown, but still a five-pointed star. 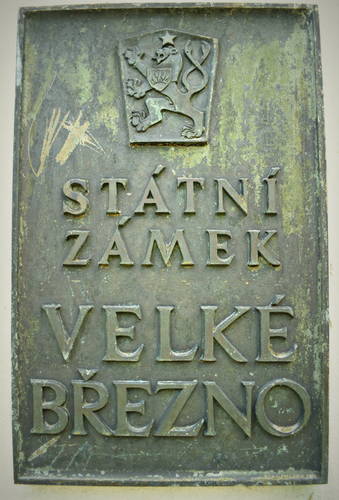 Just a few steps behind the gate there is no doubt that you are in the park and in the 21 century. Carefully landscaped paths, a pond where ducks are voracious fighting for bread, which throws them visitors, lilies, age-old trees and lots of nice places to rest. Garden and park gradually changing in the forest. Almost every timber has its own number. The identification of trees, shrubs and plants used a map that stands at the castle building. Entrance to the castle gardens is free, but maybe worth a wizard that on every tree could tell finished novels. Not valid with no parking in the street in front of the entrance to the castle grounds. 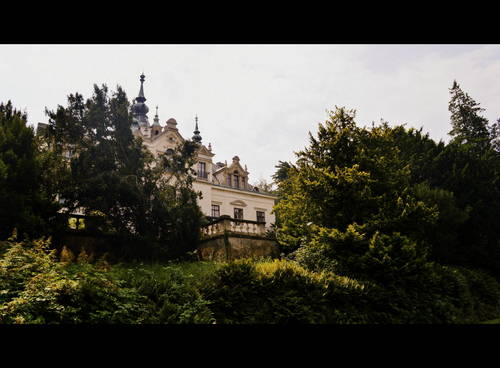 The chateau in Velke Brezno came to a number after its owner, the then burgrave Bohemian Kingdom and the Earl Karel Chotek, realized that his original residence that was closer to the Labe is insufficient for his needs. Therefore, he started a construction of a new chateau to make himself comfortable environment for old age as well as beautiful views and nice nature. This simple mansion was built really fast, between the years of 1842 and 1845. Yet it lacked nothing every chateau has to have - music, women's and men's salon, women's and men's bedroom, library and study room, but also a ballroom. The interior of the castle is richly decorated, for its lord love beauty and surrounded himself by it. Thus, what Velke Brezno chateau lacks in size, it makes up in details. At that time it was very modern and undoubtedly served its purpose – i.e. to provide the owner and his family comfortable life. 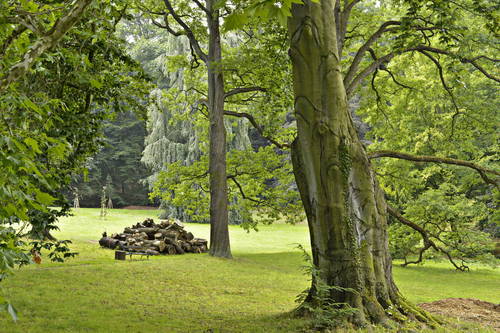 Chotek spent a lot of time in his library. Although a pensioner, he spent a lot of time in the study. In the library, now in the Renaissance style, he stacked there 40,000 books. A variety of titles, but also the language in which they are written, only revealing a wide range of interest of his master. There is even a bust of Karl Chotek. 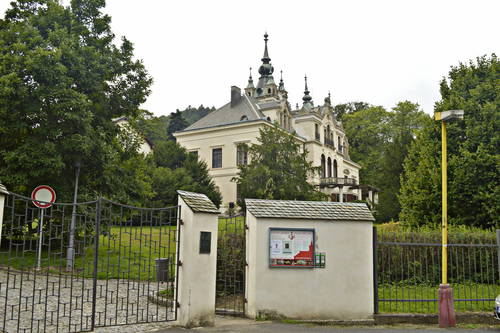 Karel Chotek was very successful bureaucrat - he served as a governor, a secretary of minister of finance and finally as the highest burgrave of the Czech Kingdom. Prague people will know for Chotkovy gardens or Chotkova street. He was responsible not only for the construction of infrastructure, but also he took ccare that in the city, especially in Prague there was enough of green areas. He built a whole range of social, health and charity facilities and he also paved streets or at least walkways. For his work he was awarded the Golden Fleece and became an honorary citizen of Prague. His wife was Countess Marie Berchtold, with whom he had six sons. It is interesting that Chotek’s granddaughter Sophie was wife of Franz Ferdinand d'Este.