Published: 15.1.2008
The town of Terezín is situated 60 kms in northern direction from Prague, not far from confluence of Elbe river with Ohře. In 1782 the town was declared ( by Emperor´s patent) as a free King´s town. Fortress of Terezín was established in 1780 by Emperor Joseph II.

The task of a big  fortification system was to protect the northwestern way to Bohemia.

The essence of a citadel is a Main  fortress with a town in a middle and  a Small citadel.

The town played a difficult  task during Nazi occupation. In

Small citadel there was established  a jail of Prague Gestapo. The town of terezín, Main fortress, was changed to Jewish transit Ghetto. The prisoners were  transported into concentration camps and Ghettos on the East.

places in a condition in which they were during Nazi occupation.  At present, Terezín ia a symbol  of  martyrdom of tens of thousands of people and  permanent reminder  and  warning  for future generations. 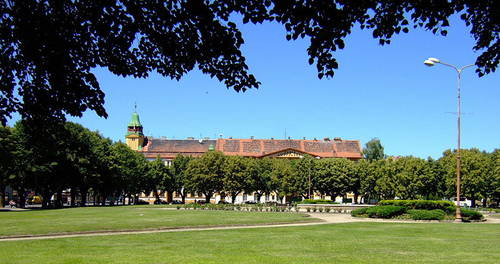