en.infoglobe.cz » Places of interest » Žatec - A Town Of Hops - VIDEO

Nevertheless, Žatec is a town, full of places of interest, and this is a main target for most of tourists, visiting this zone. The road into historical nucleus is bordered with architectonical jewels. On the other hand, even the industrial buildings have its characteristic atmosphere. Making comparison to similar buildings, situated in another towns of Czech Republic, these buildings look, after many years of „operation“, more fresh and better arranged - an impression is better. 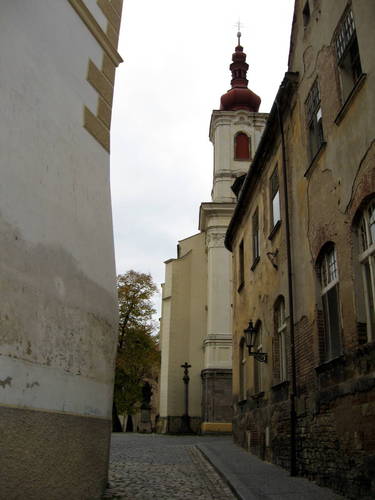 In 16th century, Žatec was one of greatest towns in Bohemia. Today´s surveys, declaring the extention of colonized seats in Bohemia, present quite another situation. Historical nucleus seems to be nearly in perfect condition. The arcades are picturesque, styled pubs, churches, town hall building, ancient statues and houses, Church of hops and beer (recently open for public) or local pancakes hall - all such buildings have its magic.

Lager-Beer from a Region, Where the Beer has its Home

You can see immediately what´s on. Two gigantic barrels in the middle of rounder-bounds, close to main square. On local boulevard, a symbolic small hops-field could be found, and a slogan could be read everywhere: „Lager-beer from a region, where the beer has its home!“.

Anyway, this trace leads everybody in a direction which could be supposed: it is local Žatec brewery. But, a smell of brewed malt is not to be felt in the town at all. Maybe, no trace, as the tourist saison is over, and cold, sharp wind blew away the impressions ready for smelling sensuousness. But Žatec has its rich reserves, kept for those who like to travel, not only under favourable weather condtions. 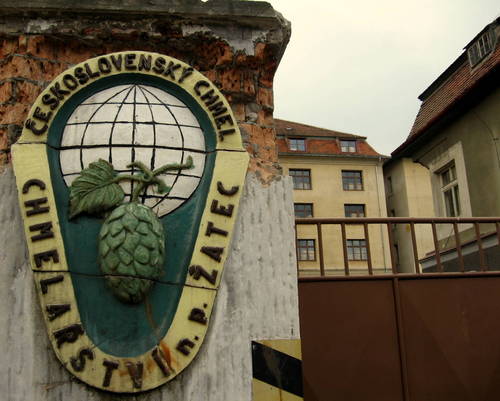 Old brewery is placed in the suburbs of the town. It is beautiful building but looks like dismally. The original intention, from which reason it was constructed, was transferred directly to city centre, and now this old area, situated nearby railway stop, is offering its spaces for rent. Only several motor vehicles are parking in immense courtyard. In relation to such extensive spaces, the cars look like toys. Anyway, respectable work of architects from past would be better valued with a plate, informing public to which purpose these buildings served.

The beer is brewed in Žatec since 1261. At that time period, there was established a community of Žatec citizens, who had the right to brew the beer. The brands „Samec“ and „Kozel“ became very famous. This yellow - brown beverage was very popular among aristocrats and princes. However, Kozel, this famous brand, changed to Velké Popovice. And what about Samec? This traditional guarantee of good beer ceased to exist at all. But Mr. Peter Samec, his namesake, works as press manager of Budvar Brewery in České Budějovice. But it is impossible to find some relation in this resemblance. 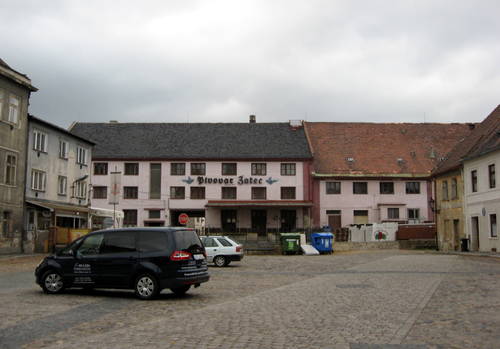 In any case, it is obvious that Žatec is a town of beer. Apart from Pilsen, (this town is world-wide famous with its beer) you can make acquiaintance with this fact on each step. Hops Square, hop-cultivation, old label „The Czechoslovak Hops“, just mentioned barrels on circular square or hops-field on the square - all this makes the unique atmosphere. 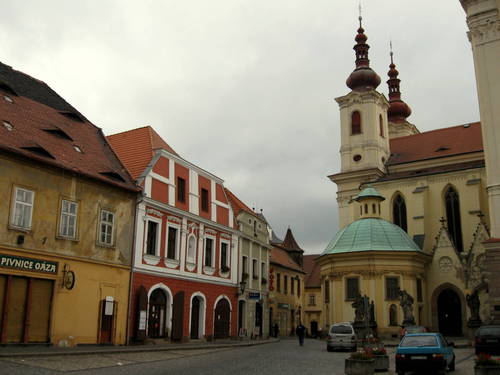 In the city centre, you find a main square, this is standard fact. But Žatec Square is special. It seems to be infinite. It looks like one square but infact, they are five squares altogether, joining one to another. You would expect some side-streets, leading you away from scene centre, but you meet next and another open boulevards. You can follow there five hundred buildings of different architecture styles. And finally, you come to Žatec brewery.

From town´s fortifications over Ohře-river, you receive a view to new quarters. And similarly, this zone looks well arranged as city centre. Even new coloured dwelling houses do not act in bad way.

Published: 8.3.2011
Teplice has approx. 50 thousands of inhabitants.However, the city centre remains, during the day, nearly unpeopled. It is cold and the sky was dressed into tedious gray colour shade.

Published: 8.4.2011
If you decide to go down Ohře-river or would visit North-West Bohemia, you cannot miss the town of Kadaň