It is chilly, the air in Golčův Jeníkov is saturated with smoke. Rather than the Highlands a man feels like a city that lives by industry. From the chimneys of houses get out greenish smoke, that nasty stings in the nose every time you inhale. Grey sky deserts down tiny drops of water and the streets are quiet, and so the mood in the city, which is also referred to as the centre of the Czech Republic, is a kind of grim.

But when recognize deeper Golčův Jeníkov streets, you will discover many mysteries, and quite easily. Just to observe a little bit in detail. Historic buildings which you can see among these couple of centuries younger are completely different and the man doesn’t to be a historian or an architect, to know it. 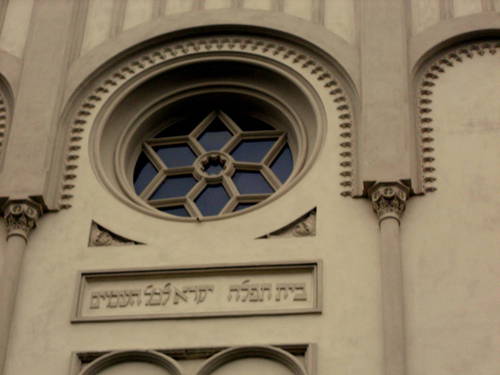 How about building a Jewish synagogue without words shows what was and perhaps still is and the relationship to Judaism. Greyish coat and now shines in the construction of houses. Around the synagogue, however, there is almost no space. Instead, to be able to demonstrate in full glory, as if hiding between "ordinary" houses, several of which were parts of the former Jewish ghetto. Judaism had always dodging major cultures, even though it was a wise and educated.

By contraries directly near the main road is exposing the castle complex, which consists of three buildings. The most significant and also the oldest of them is Golčův Renaissance fortress, where he now resides gallery. Baroque tower with fortification elements or loophole, in the days, when he was in the castle brewery, served as a depot hops. Castle building itself is nothing special. No high poles or decorating the walls, fountains and even statues. This lock is called the old simple one-storey building, built in Baroque style. The castle would have probably nobody wouldn’t guess, not on it an inscription Castle restaurant. Rather, the inn. New Castle, which stands next door, still waiting for its reconstruction. 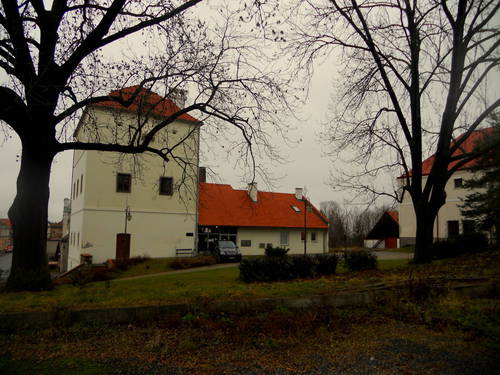 At the end of protracted Square can not overlook the old post office building, on the other hand, green hotel Sun, the solar panels on the roof from a distance, attracted more than the building itself. The board placed on his wall, you can read that the current hotel used to be the ruler Sun pub, spent the night in which Marshal Daun, and served as a change-over station for stagecoaches en route from Prague to Vienna.

Rarity chubby hidden in the tower

High tower with a plump domes are likely the very first object in Golčův Jeníkov, whom one sees, but soon after discovers that despite local retarders can´t go faster - over 10 miles per hour. Belfry, which commonly the part of church, here in Golčův Jeníkov is church building separated from the road. Oddity that man is made after some time staring full of questions is responsible for the nephew of Mrs. Goltzových. The entire estate inherited and many responsibilities, one of which was built in the belfry, the other to pay one thousand Rhenish zlatek Jesuit community. His irresponsibility in point number two was the cause of many skirmishes that culminated in the construction of the belfry to all outside church buildings. 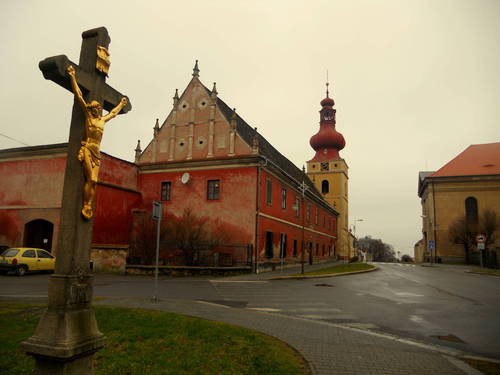 From the hospital, which originally wanted to build a general Goltz, after which the city is finally named, founded the deanery and the Jesuit residence. Fairytale in the distance glowing red building decorated with Renaissance gables, in addition to the chapel, preserved in its original form.

Golčův Jeníkov is a small town bordering with Vysočina region, but there is also the centre of th...