About the entertainment in the city football fans regular take care, as well as local police recently drew attention to themselves quite a curious way, she tried to sell part of its assets, including children's camp area, so help their budget. And also Jihlava city police saves. Instead of diesel will now oversee the order of cars powered by compressed gas.

If ordinary tourists not meet face to face with an enthusiastic crowd of soccer fans, it seems such Jihlava stories he completely miss. He will probably carelessly pass police cars, without knowing that they are on sale, and more will be given a thorough tour of the city and the fact that sucked some of that right Jihlava atmosphere. Best it should work in the city centre that is an urban conservation. 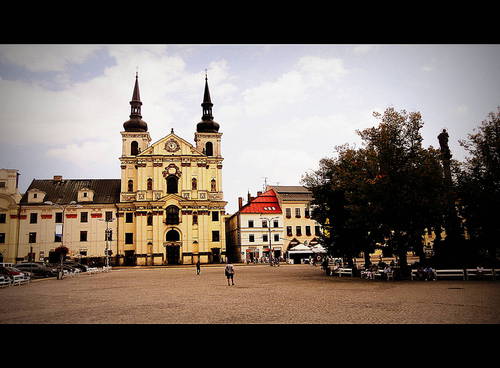 The scar right in the middle of Jihlava

Scar on the soul of this "recently" purely Moravian town is building of giant shopping mall Prior, that grew up in the middle of the square in the middle of the 70th last century. Jihlava is lucky that it has one of the largest Czech Square, so Prior with a green roof can at least theoretically be ignored. It manages to be artistic photographers who have this place with my lens, successfully avoided. 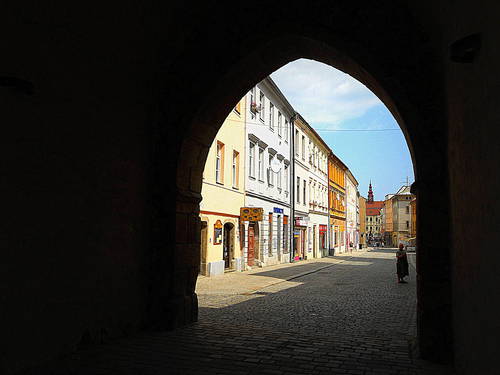 Objects that are worth seeing Jihlava has more than enough. In the historical centre, we can count 213 of listed buildings. The unique mix of Gothic, Renaissance and Baroque architecture must be enthusiastic every lover of history. Even a layman knows that many of the city's home anymore and rarely remember things, not because they were in bad shape. It's their arches or masterful creations on their facades say much about them.

Highly visible is church of St. Jacob and his 63 meters high tower. At forty meters you will find a publicly accessible walkway, where once tower guide worked blaring every hour, but also on alarm or on days when the city welcomed distinguished guests. Believe it or not, last tower guide there blew in 1924 yet. Today, the gallery serves as a perfect prospect. Churches can be found even seven in Jihlava. 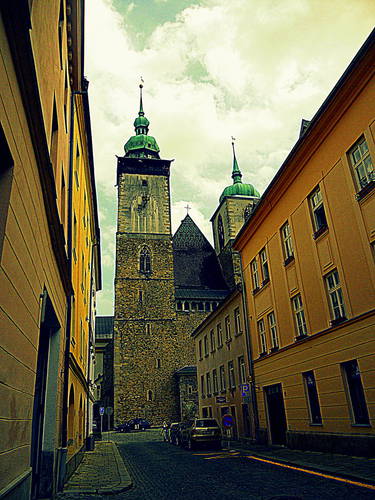 Another object that you can´t overlook, are the remnants of fortifications, which form a significant part of the moat near the gates of the Mother of God, the only surviving of the original five gates built in the second half of the 13th century. Like the walkway to the church. James now serves as a prospect, but also the seat of astronomers. Through two exhibitions, visitors can thoroughly acquainted with the history of the Jihlava town. 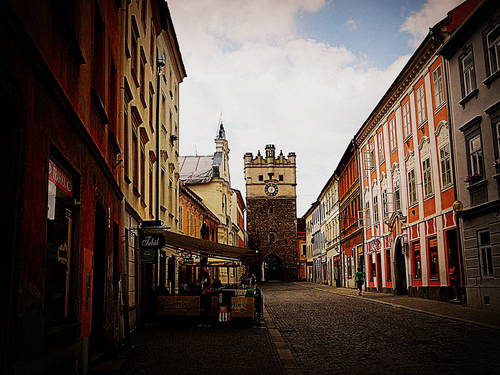 Not only on the ground, but also under, is something to admire in Jihlava. Jihlava underground is also due to an area of ​​the square, under which a 25 km long system of tunnels stretches on three floors, after in the Znojmo, the biggest Czech Republic. The reason for its construction, historians long disputed. Some argued that the Jihlava underground are actually remnants of silver mines, others again had held that it was built by the army. The modern interpretation, however, denies these theories, and comes with a thesis on storage areas for once very important trade crossroads.

Jihlava Zoo – where you can get energy

The stops where we could or perhaps even should invite are many in Jihlava. One of such places is the Jihlava Zoo, specializing in breeding monkeys and wild cats. Depends on the city budget could this zoo, which has been operating for 55 years, wonders. Especially in recent years, try to improve the environment for all 150 species of exotic animals. To 2014 the ZOO should grow by several other pavilions. The new home will be giraffes, African primates and hyenas. Zoo also promises a new tropical house or Australian and Asian exposure. For a visit of Jihlava ZOO just a few hours are enough. It belongs to ​​the smaller ones. As one of the few it is practically right in the centre. 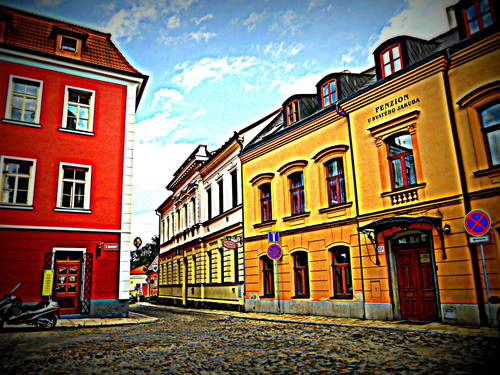 Jihlava – city and home for more than 50 thousand inhabitants is known as the center of Vysočina ...