If the pain suffering innkeeper had gone there, the whole nation would learn there isn’t any crematorium (only in 2010, local firefighters built a symbolic crematorium and few days later they let it burn down). So, Sverak, notable Czech screenwriter once again did play his game with the nation, as he is, indeed, used to.

In fact, the enchanting historical center dominates the picturesque city of Pelhrimov. The main sight in the center is a large signpost pointing toward Prague Castle, which is more than 200 kilometers away. Locals are pleasant, open and cheerful people who like warm spring days. The same applies for some tourists who come to Pelhrimov to see the non-existent crematorium or other things located in the city. 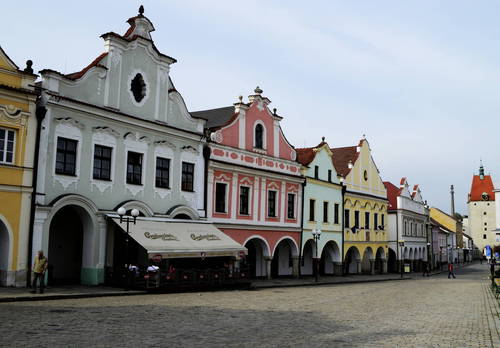 There are many of those, for example a museum of records and curiosities situated in the interiors of the Jihlava (or Lower) gate tower , an original part of city’s former fortification. It has five floors, 35 meters and it is still a gem of Pelhrimov square. The tower was bulit in the 16th century as well as the Rynarecka (Upper) tgate tower and one smaller gate. 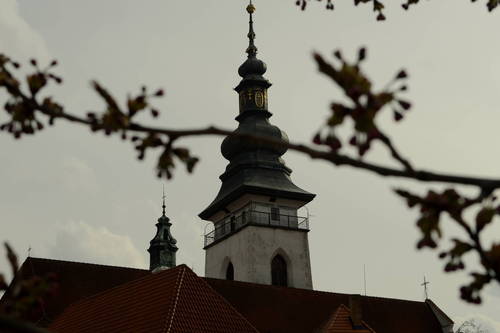 There are many historical places in Pelhrimov. Historical houses line a spacious square, in fact it is one of the largest squares in the  Czech Republic. This square shows visitors perhaps every major architectural style. There are samples of Gothic, Art Nouveau, Baroque or the First Republic style. The oldest building on Pelhrimov’s square is recognizable by its arcades, a pleasant space beneath houses old several centuries. The house No. 1 with a yellow façade, the town hall, also has arcades. Interesting and admirable are also the houses decorated with sgraffitos, writings written into façade. 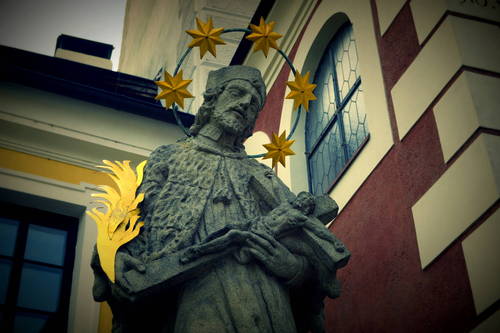 Attractivity of majority cities and towns is centered around their castles, if they have any. Pelhrimov has, however, it is not its dominant landmark. The building with red-white façade used to be a part of former fortification and later it expanded, it got a building for salt storage (today it is a theatre), and a prison. 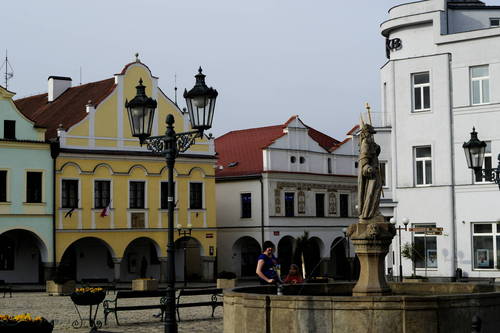 A historical square and more

We shouldn’t forget a fountain, a popular spot for children who are attracted by a water pouring from four lion heads and, lets be honest, crowns in its bottom. The central column is at the same time the statue of St Jacob. Visitors won’t be bothered even beyond the square, a place where are good meals and ice cream. Worth noticing is also the St Vitus church , which was built in the 13th century and is the oldest church in the city. There are also other notable churches such as the dean’s church of St Bartolomeus , the Holy Cross Church or the Virgin Mary church .

Lands around Pelhrimov are ideal for trips. Tourists who like adrenaline and adventures can take a walk along the Bela River where is the Trail of Records, they can visit a museum of ghosts or even the Pelhrimov Hell . More conservative visitors will appreciate obligatory lookout tower, the museum of the Region of Vysocina, the Hall of Lipssti or they can take a walk on which they would learn about architectural styles. Those who love mushrooms will be thrilled around Pelhrimov. The same applies to bikers who will enjoy exploring south of Vysocina.

Golčův Jeníkov is a small town bordering with Vysočina region, but there is also the centre of th...