Blocks of flats, communist construction sort of cultural or department stores or even unsightly town Halls, and more or less preserved historical core of the city - the view of most Czech cities can simplify something like that. Žďár nad Sázavou unfortunately belongs to those less fortunate, which left from the original building in the centre of almost nothing. Nothing except a few houses in the eastern part of the old town hall and the Gothic church of St. Prokop, where we have drawn this time most of knowledge.

We met with the local pastor Tomáš Holý, who for eight years studied theology in Italy Rome, to jump after into Žďár, town lies on the Bohemian and Moravian border, where he lives today more than 22 thousand people. He invited us to his garden to leave us make better pictures and then on the right Italian lunch. A nice man with a heart in the palm of doing its job well - in Žďár is said about 10 percent of believers, which is by Czech standards high number. In the Czech Republic to some belief reports less than 14 percent people. 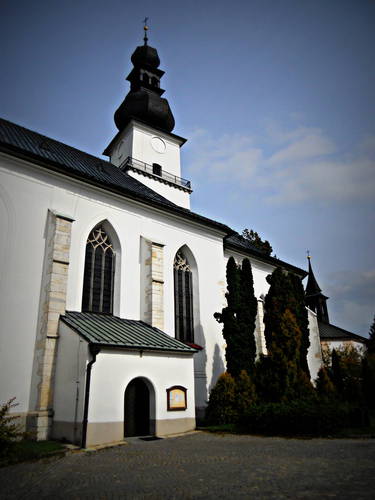 However, faith wasn´t the main topic of our conversation, even it could seem so. Priest Holý talked about how in the 70s years received city and take most of the old houses, active communist "foreman" commanded the ground. It even says in Žďár occurred so far, that the tower of his church to decorate the five-pointed star. This one did not. The original buildings but left almost nothing. The appearance of the square in Žďár is fully dedicated to the spirit of constructive socialism, simple shapes, and hordes of concrete. 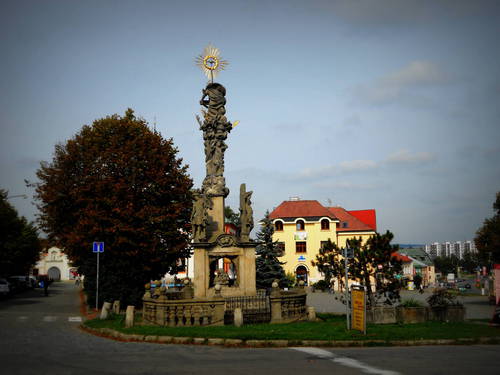 The core of the city - from concrete, iron and glass plates

In info centre on the square in the town hall willing lady told us straight away, that in the centre we won´t see much, and on the fingers of one hand to calculate the points that we would still recommend it. Middle was the last one. It's called the Plague Column, town hall and church of Saint Prokop of 13th century.

At the corner of the square and pedestrian zone, the Hotel White Lion stands - gray, ugly cube. Below him a little blue stand with mushrooms. Across the square leads busy road - the subject of protracted litigation between the representatives of the city and its inhabitants. 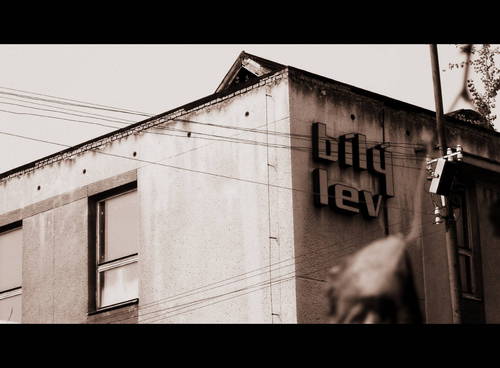 The bottom of the pedestrian zone is covered with asphalt, in front of some café tables and chairs are pushed out, but they are empty. It is working day and people in the industry do not have time for coffee. Perhaps they would but they gave beer called Santini star, lager, which is brewed while in Havlíčkův Brod, but tourists should entice just to Žďár. Satnini star early September also tasted Cardinal Dominik Duka at the largest church youth meeting in Zdar. So far, this original beer sold only in the region of Highlands, is now preparing to export much further - to Asia, specifically China.

Perhaps this idea will be successfull, Žďár deserves more tourist attention, maybe just because of how many famous people were born. But mainly because in order to obtain extra funds for at least a partial wipe traces of the communist government.

CZ: Ledec nad Sazavou – Ancient Residence in the Middle of the Map

Published: 6.6.2014
Paddlers know this small town on the Sazava. When they travel through this place, they have the wildest part of the river behind them. Its called Stvoridla and Slunezni Zatoka, the place where popular Czech novel Rychle Sipy took place. Perhaps there they landed to dry out their boats and enjoyed melancholy related to the novel.