Life there is running in a relatively quiet environment ideal for families, but if you want,

there is many places where you entertain, mainly because of the weekend nights are filled with people from numerous from surrounding villages as well. And everything is under the caring hands of his protective patron - St. James the younger.

Kysuca New Town is the oldest written documentation municipalities in Kysuca region. Since its inception, its name has changed several times until in 1920 he stayed the current name. The city lies on an area of ​​2641 ha and includes parts of suburban: Budatín Lehota, Dubie and Oškerda.

There is the most valuable architectural monument of Kysuca, which is a

picturesque square. It is the only well-preserved historical complex in this area. The square plan buildings were built in the 17th century. The view draws the arcade, but mostly two-storey house in the centre of square, which is a rarity. In Slovakia doesn´t exist many squares, which have a building right in the middle. Not far from it is a statue of St. John of Nepomuk - protector of this city, which grows around the carefully kept lawn and a few trees in the shade where you can breathe on the bench. The square is also the toll building - a former manor house, which once housed the bailiff. It was a place for the town mass meetings. Today, there is residence of the organization of different nature. 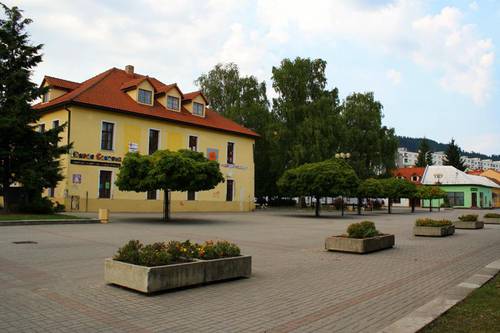 In the town are two churches. One is located at the corner of the square and called the parish. It belongs to the Gothic treasures. It is very old - 727 years old. It was extensive damaged during a devastating fire in 1904. Burn up many rare paintings, chalices, altar guild and battalions. Even the tower clock destroyed. Miraculously the fire escape Baroque sandstone cross, standing in front of the church. With fire and combines generous act of a one lady. She rushed into the burning church and brought from there the sacred vessels that hid on the river bank of Kysuca. Today on the same place is monument to commemorate this great gesture. The monument is of white stone and replaced the original cross from larch, which over time began to unravel.

The second church is located more south of the square and it's Church of the Immaculate Conception of the Virgin Mary (start of construction 1738). It is in the middle Belanského Street, where some buildings also date from the 17th century and the whole street is quite a pleasant walk. In the church everyone is sure to appeal beautiful baroque decoration, so many a child to spend hours in the church is tilted back his head. They are located there and old organ from the 18th century, whose tones float high to the ceiling.

Many people use it as a running track and some couples as a romantic place for a meeting. Over the years a lime tree to grown to enormous heights, and in the shade of its branches you can breathe comfortably.

Other attractions of this city's stork nest on the chimney of the former town brewery, which has for many years, still inhabited. This enables you to watch their life from the nesting, the first flight, or departure from the cold in exact intervals, which sets by nature.

Local residents called Čuhári - already very many years. Young people enjoy it, but not that many people still remember what this nickname originated. The fact remains that in this area many years ago lived furriers, who sewed čuhy - long Cossack coats, which were warm during cold days. And since these "čúh" was the nickname Čuhár, uses till today. 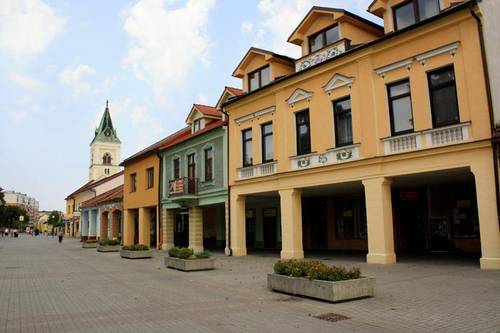 SVK: Radola Chateau - The Beauty Is In Simplicity

Published: 25.8.2011
Beauty is in simplicity. Beauty is fleeting same as time. Sometimes it could be thanks to kind man, who decides stop the time. Through the efforts of individuals or companies, we´ve got possibility to see, what is forgot long time. It is also the case of Radola chateau from 16th century. If someone didn’t decide to help, surely it have fallen as victim of a time.