Published: 26.3.2010
Lukov Castle - you cannot see it directly from the valley, the path leads there through forest.You follow red-white marked signs of the castle, pictured on tree-trunks, this is the only guidance to the target. Finally, after three kilometres long walk you reach your finish, stone fortifications of ancient ruin.

For somebody it is a ruin only, on the other hand, this must be a castle!

The ruins are copying faithfully the feature of former citadel. Nevertheless, from non-expert´s point of view, nothing is missing. Stone five-pillar bridge leads to tower with main gate. It is obvious that the entrance gate is covered with new roof. Anyway, tourist signs describe Lukov once as a castle, the second time as a ruin. Why is it so? Maybe, that a group of sixty enthusiastic persons, which are presented as a Lukov Castle Friends Association, believing that the ruins could be given  their original face. So, Lukov renovation is effected since 1990. To tell the truth, many important parts of this historical monument were managed to be reconstructed. 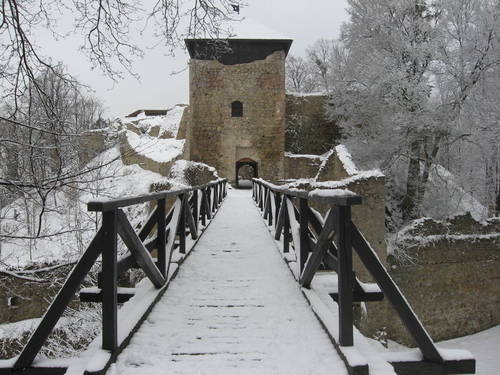 This fortification, strategically hidden inside forests, is situated at foot of Hostýn Hills. Nevertheless, it is a mystery which monarch decided to construct this castle. On the other hand, Lukov belonged to those castles which would form the protection on east border of former Bohemian Kingdom. 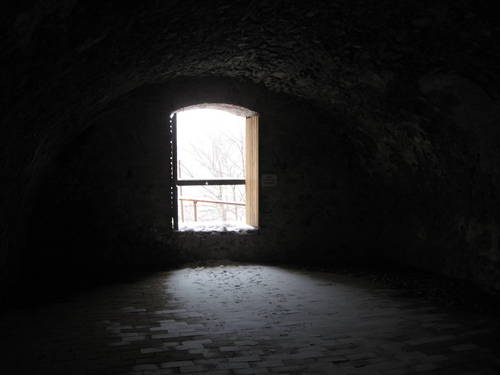 Lukov Castle Friends Association informs in their web-sites that the first notice about the castle comes just from 1219. Later, extensive enlargement was effected during rule of  King Premysl Ottokar II. At that time period, so called passage gate and barbican fortification were built. Consequently, Sternberg Parentage obtained the castle, however, it it unknown, under which circumstances. In any case, the  castle ruins remained, and the construction became a point of interest for archaeologists. We hope that something could be discovered in the future, which could clear covered past of Lukov Castle.

Nevertheless, more than detailed described history, present time of this ancient monument is of more interest for us, visitors. The distance is as follows: 12 kilometres from Zlín to the community of Lukov, and, consequently 40 minutes´ walk, upstairs to the hill, as it is usual in case of any visit of the castle.