First Slaves appeared in Prague territory in 5th and 6th century. They settled in an area of Dejvice and Bubeneč at that time. Afterthat, they started to colonize the spaces in direction to Hradčany and Malá Strana. Except of Šárka piece of ground, the seat of Přemysl-Princes arose at the end of 9th century (Prague piece of ground). Originally, the clan of  Bohemians was seated in Levý Hradec. Prague castle, as Prince-seat, was founded by Prince Bořivoj probably during 870-890 on a rocky headland over Vltava-river.

First reliable notice about Prague comes of 929, and it is from chronicler Widukind. Town of Fraga is mentioned also by Arab-Jewish Merchant Ibrahim-ibn-Jakob within his visit of Central Europe in 965. Prague was, according to his witness, one of richest towns for trade. In 10th century was also established Chrasten = Vyšehrad. This place served first for protected function, later served as a seat of Prince Vratislav II., Vladislav I. and Soběslav I. Today´s Old Town Square served in 1100 as a market place and a space for great meetings. In middle of 12th century, there was, near to market place, built Prince courtyard Týn, later custom-house. Foreign merchants lived there, they had to pay so called „ungeld“ – i.e. King´s custom.

At the beginning, it was used - as a name - Mezihradí (Vyšehrad and Prague Castle). Prague - it was a name for a castle only, later the name came to the settlement along

both banks of Vltava-river. The connections - such as „Golden Prague“ or „Prague - Town of Hundreds of Towers“. At the beginning of 19th century, well-known Professor of Prague University - Bernard Bolzano, counted that in Prague there were 103 towers, however, it is not valid. In Prague there are over 550 towers.

Within further four hundred centuries arose another communities – such as Pohořelec, Újezd, Podskalí, Nusle, Braník, Střešovice, Zlíchov, Vysočany, etc. Between 1232 and 1234 to the settlement around Old Town Square, connected Havelské město - Havel Town / today´s Ovocný trh (Fruit Market) and Uhelný trh (Coal Market), lated united under one name of Staré Město of Prague (Old Town). It was situated in quite low position over the river, so the level must be increased by means of deposits of eartth. (Old Town Square was increased in 3,5 m!).

Malá Strana, former Nové (New) or Menší Město (Smaller Town) was founded by Přemysl Ottakar II in the middle of 13th century. At the beginning of 14th century, it was established small town of Hradčany. Anyway,  the arrival of Emperor Charles IV to Prague was decisive and meant  an enormous development. The University, Prague Episcopate, New Town Quarter, were founded,  new bridge and new fortifications built. The citizens who settled in New Town and  constructed new stony house within 18 months, received tax abatements from the Emperor. So, the town enlarged very quickly. In the town, there were three squares, such as Koňský trh (Horse Market – today Wenceslas Square), Senný trh (Hay Market – today Senovážné Square) and Dobytčí trh (Cattle Market – today Charles

Square). This cattle market was the biggest in Central Europe in medioeval time, and this square is the biggest square in Prague at present. At that time, Prague belonged to biggest towns in Europe, 40000 inhabitants lived here – for comparison: in London lived 35000 inhabitants and in Paris lived 80000 inhabitants at that time period. However, the development of Prague stopped for longer time, after Charles´ depth. Moreover, in 1540 the town suffered from enormous fire.

The unification of Old Town and New Town was effected - after several attempts - in 1784 only. The Jewish Town was united as well (this quarter received its name Josefov according to Emperor Joseph II). Anyway, the seat of King´s Town of Prague became Old Town City Hall, at that time Prague had 76000 inhabitants. Quarter of Vyšehrad was united with Prague in 1833, quarters of Holešovice and Bubny one year later. In 1850 wrote a local daily - Prague´s Evening News that in Prague live 120 758 inhabitants. In 1901 the quarter of Libeň was connected, so in town lived half a million of people. The main reason, why to unite, was a necessity to solve problems regarding sewerage, security of drinking water, etc. The opposite reason was that the citizens in suburbs were not forced to pay food taxes and house tax was considerably lower. The situation changed with foundation of new state in 1918. Since that time, the surrounded towns wished to become a part of Great Prague as originally they did not wished so. So, on 31st December 1921 was established Great Prague, metropolis with nearly 700000 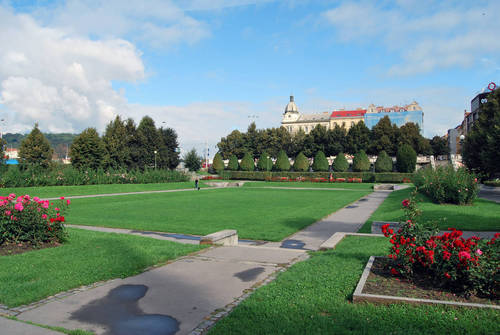