Košice Region, with its extent of 6753 square kilometres, is situated in southeast part of Slovakia. Its southern border is formed with Hungary, eastern with Ucraine, northern with Prešov region and western with Banská Bystrica region.

Here, you can find international routes as well as reailway connection to the East. The region has an airport available. The town of Košice is its metropolis, the second greatest town of Slovakia, full of cultural-historical sightseeings.

As far as the historical places of interest are concerned: there is Krásna Horka Castle, or Spišský Castle (it is one of greatest castle complexes of Central Europe, owing to its extent). It is a document of development of architecture since 12th up to 18th century.

We can admire nature wealth of this region. As far as the attractive targets are concerned: these are: National Park Slovakian Karst (where you find the biggest concentration of  precipices and caves - many of them are registered in UNESCO survey). Futher very important place of interest: Slovak Paradise, with biggest concentration of waterfalls, surface karst appearances and rare sorts of plants. You find here also most extended ice-cave Dobšinska Ice Cave – most extended cave in Slovakia, covered with ice.

To other attractive areas belongs the environs of Zemplínska Šírava dam-water reservoir, known as „East Slovakian Sea“, situated below Vihorlat Hills. Southern slopes of Zemplín Hills are suitable for vines plant, first of all of Tokai sorts. 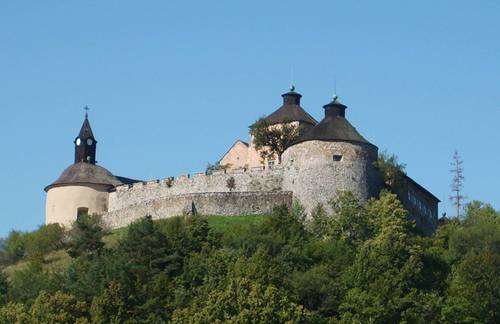