Prešov Region is situated in northeastern part of Slovakia. It borders, in its north part, with Poland, on east with Ucraine, and in south with Košice and Banská Bystrica regions.

Ore Mountains. The highest point of the region (and the highest peak of Slovakia at the same time) is Gerlachovka Shield (2665 metres above sea level). The area has rough relief, the highlands prevail, especially in higher positions of mountains. Tatra peaks are covered with glaciers with steep shields and glacier valleys. Thanks to its high mountain range, it is coldest and most rainy area of Slovakia. Western part of the region is drained by Poprad river, mounting into Dunajec-river, which flows to the north into Baltic Sea. On the other hand, the other rivers take their waters into Black Sea. The rough earth surface has, as a consequence the lowest density of population. Local industry is variegated, greatest wealth of the region is presented by forests.

There are to be found thermal and mineral water springs here. This fact enabled the foundation of spas and bathing centres, and this area became more interesting for tourist traffic. The visitors prefer winter sports and tourist trekkings in mountains. 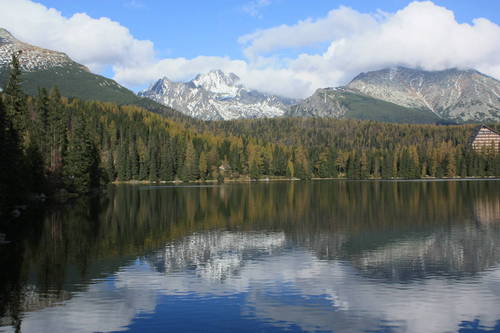